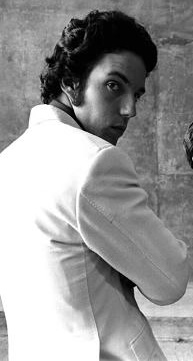 Before the Magic Band he had drummed on occasion for The Exiles (with Jeff Cotton) and fronted his own blues band, Blues In A Bottle, on vocals and harmonica (again with Cotton, as well as Mark Boston). There is some confusion over whether he was ever recorded with The Exiles, but it is definite that Blues In A Bottle was never recorded. Another band, Rattlesnake & Eggs, he formed with John Thomas also failed to leave a recorded legacy and his stint on vocals with the original Mallard line-up only exists on demo tapes circulating amongst collectors.

It was John who had the daunting task of trying to make musical sense of Don’s outpourings that formed the basis of Trout Mask Replica. He developed a form of notation to capture what Don wanted and then taught them to the rest of the band. His involvement in Trout Mask was seriously underestimated – in fact, he was not even given credit as the drummer on the original release of the album.

Despite all the work he was doing to notate the music John still had to take his turn as whipping boy along with the others in the band. His deeply held Christian beliefs provided an easy verbal target for Don but when the abuse became physical – being thrown down some stairs – John knew he had to get away. Thus began the pattern of him leaving the band to recover his mental strength and returning again to play the music that he knew was special.

In 1996 John did two solo shows, one in London and one in Los Angeles in which he performed sole drum pieces and talked about his time in the Magic Band. This showed he had a fund of fascinating stories and insights into how Don Van Vliet worked and how the music was painstakingly put together. Here was planted the seed that would culminate in John attempting to write a book about his experiences.

After many setbacks John was able to publish that book he’d been writing about himself and the Magic Band – Beefheart: Through the Eyes of Magic. Having written the thoroughly factual booklet that accompanied the Grow Fins box set John has already proved himself a worthy chronicler of those times. In the book he goes into even greater detail.

Find out more about the Magic Band Reunion that has been fronted by John since 2003.

French plays drums, guitar, harp and keyboards on this album with Henry Kaiser, Andy West and Michael Maksymenko. They only recorded the one album but it is worth tracking down. The album also includes Harry Duncan (former Beefheart manager 1976-78) playing harp on one track and a cover drawn by Beefheart fan and Simpsons creator, Matt Groening.

French joins forces with the talents of Fred Frith, Henry Kaiser and Richard Thompson. Sometimes it seems like they’ll tear themselves apart but it’s a fascinating pooling of resources.