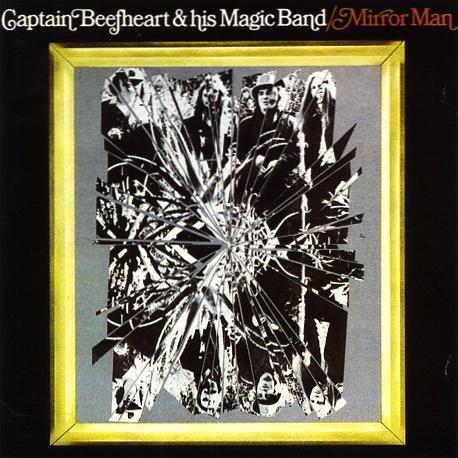 The original cover proudly proclaimed “recorded one night in 1965” thus making it seem, in 1971 when it was eventually released, like an unearthed time capsule providing proof that the Magic Band were at least a couple of years ahead of the competition and made the very first psychedelic sounds to be recorded.

Fantastic and ground-breaking though it certainly is, it was recorded in 1967.

Four long, rough, distorted, rambling warped blues workouts make up the Magic Band’s second album (their fifth in order of release). The tunes are a galaxy away from lean and snappy Safe As Milk and don’t necessarily go anywhere in particular but are mesmerising as they slowly unfold. If you’ve ever wanted a heavier, bluesier, slower and longer Magic Band, you’ll love this.

In a favourite albums poll conducted on the Fire Party discussion list Mirror Man went overlooked, something which provoked numerous astonished messages from horrified fans of this album. While it may not be my favourite, I wouldn’t be without this fascinating deconstruction of Strictly Personal.

A 1999 re-issue features massively improved mastering and packaging, and also includes a selection of hard to find outtakes from the Plain Brown Wrapper / Mirror Man sessions.