There are four distinct issues here: 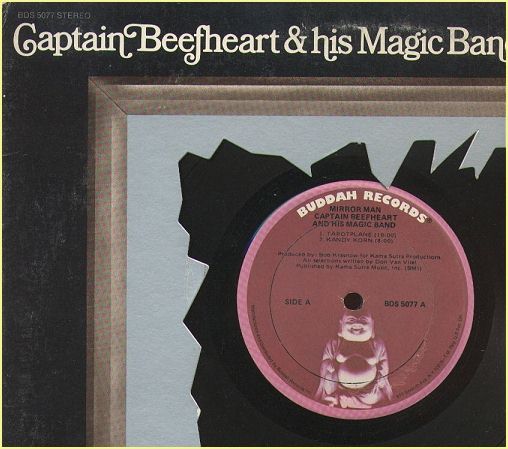 Two versions exist of this with slightly different layout on back (Export version?)

This version features more appropriate artwork – alternative Cannes Beach Publicity Shot on the front cover, photograph of the band from the inner Strictly Personal sleeve on the back, and redone sleeve notes – no “recorded one night in 1965” which, as we all know, it wasn’t. The only fault is that the mis-spelling of ‘fails’ in the ‘One Nest Rolls’ poem hasn’t been corrected nor has ‘Simmons’ instead of ‘Semens’. 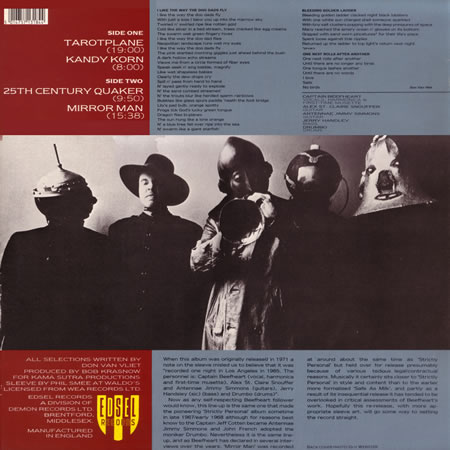 Thanks to DeeDee Petschl for the Edsel cover scans. 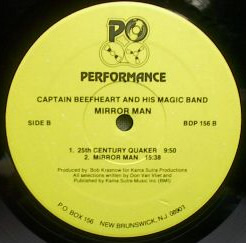 Manufactured by TEICHIKU RECORDS CO. LTD. – with 5 pages essay in Japanese by K. Uemura and a wild shot at the lyrics.

Featuring the four tracks from Mirror Man and also five out-takes from the same sessions. These five tunes were previously available on I May be Hungry But I Sure Ain’t Weird.

Featuring the same remastering and bonus track as the 1999 Buddha CD listed above.

This is a ‘collectors limited edition high quality vinyl’ release on clear vinyl. Manufactured by Rhino Records and distributed by Scorpio Music Inc.

The cover is the standard reissue non-gatefold version and has just the original four tracks.

A reissue of the remastered 1999 Mirror Man Sessions CD but packaged as a mini LP. The thick card sleeve has been die-cut exactly like the original vinyl cover. Includes a booklet with an article in Japanese plus the lyrics to all the songs in Japanese and English. 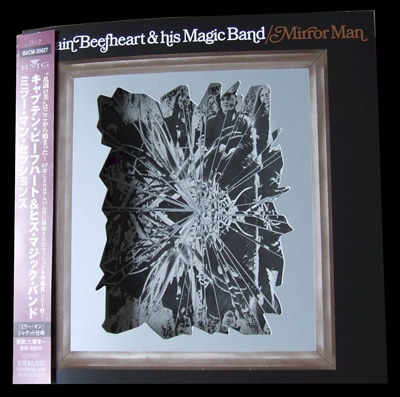 This is also available as a ‘Promo Box’ which includes the Safe As Milk mini LP and a chunky box packaged like the original SAM release to keep both albums in. 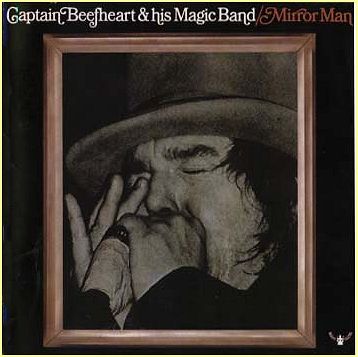 Thanks to Richard Gardner for the scan

This is essentially the Mirror Man album with two then-unreleased songs from the Spotlight Kid / Clear Spot sessions added. Little Scratch is now available on The Dust Blows Forward and Funeral Hill No.1 which has not yet been offically released.

The cover art is different from other Mirror Man versions, and there are a few pages of history written in the CD booklet – the information is inaccurate, and apparently written by a non-native English speaker, with many grammatical mistakes. The song lyrics are transcribed with many errors, though the “blues dialect” Captain Beefheart uses on this album makes translation very difficult even for native English speakers.

The two additional tracks are from Tom Klatt in “The Beefheart Archive”, in West Germany. I don’t know much more about that organization. 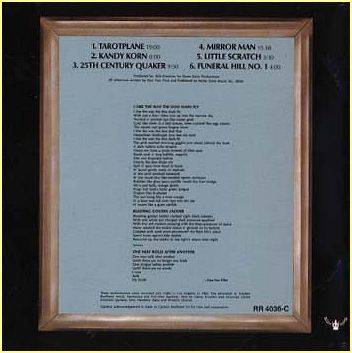