[alert_box type=”info”]March 2002, exclusive to beefheart.com[/alert_box] My first meeting with Don Van Vliet–whom I’ll just refer to as Beefheart–came on a rainy night about 12 hours before his wedding. It was November 1969; I was 19 years old. I was at my parent’s home in Northridge, California when the phone rang about 9:30 p.m. I thought it was my girlfriend whose house I had left an hour before. But it was my friend, Jan Jenkins. Jan had just been in a traffic accident while driving alone in Beefheart’s Volvo. She was not injured, but the Volvo had been towed. She needed a lift back to END_OF_DOCUMENT_TOKEN_TO_BE_REPLACED

Welcome to my very favourite item here at the Radar Station. It’s a streaming audio interview broadcast on the John Peel show on the 24th April 1973. Fourteen minutes long, it is less of an interview than a friendly chat. John Peel states at the beginning that he is notoriously bad at interviewing people, but this is one of the best interview I have ever heard with the Captain and really captures his sense of fun. This tape was sent to me by Peter Cooney, many thanks indeed. Click to hear the show. END_OF_DOCUMENT_TOKEN_TO_BE_REPLACED

[alert_box type=”info”]Taken from 29th July 1990 Los Angeles Times. Later appeared in an edited form in December 1993 Mojo Magazine under the title ‘Run Paint Run Run'[/alert_box] Once known as avant-garde musician Captain Beefheart, Don Van Vliet has quickly won the art world’s attention as a painter The art world tends to regard popular entertainers with a peculiar mix of infatuation and disdain. Though artists, musicians and movie people amiably rub elbows on the cocktail-party circuit, artists bare their teeth when actors or any of that ilk seek legitimacy as practicing visual artists. Maybe it’s jealousy or territorialism, or maybe they figure the commitment required END_OF_DOCUMENT_TOKEN_TO_BE_REPLACED 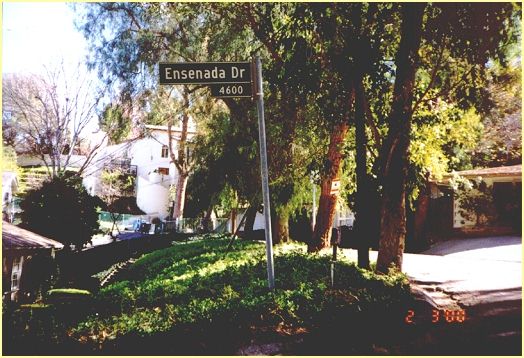 Many thanks indeed to Angel for sending along these splendid pictures and story of her and husband Chris’ visit to Woodland Hills to see the house where the Magic Band lived and Trout Mask Replica was endlessly rehearsed. See also John French aka Drumbo’s response to these photographs! Angel writes: [wp_quote] Well the whole thing was more exciting than I thought it would be. Just getting to the house is an adventure. It’s tucked away in a canyon(!) with very steep, narrow windy roads (not yer typical LA neighborhood, to be sure). We made a right off Canoga Avenue onto Arcos which took us straight END_OF_DOCUMENT_TOKEN_TO_BE_REPLACED

For many years, a classic performance of I’m Gonna Booglarize You Baby from German television show Beat Club in 1972, circulated among fans. Then in 2012 the full 29 minute performance was released on DVD by Gonzo Media as The Lost Broadcasts but very rapidly became unavailable again once more. However, some of it is available to view on YouTube; the whole band are just incredible here and it’s hard not to be dumb struck by some of the vocals: DVD track list Mascara Snake (Bass Solo) Click Clack 1 Click Clack 2 Golden Birdies Band Introductions I’m Gonna Booglarize You Baby 1 I’m Gonna Booglarize END_OF_DOCUMENT_TOKEN_TO_BE_REPLACED 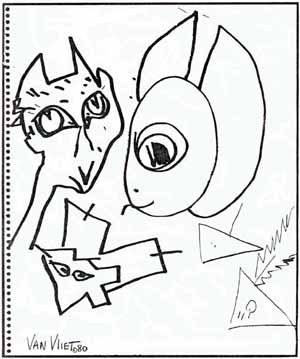 [alert_box type=”info”]This excellent interview was taken from the 1st May 1980 edition of Wet magazine. The photograph is by Leonard X and the drawing is by Don Van Vliet.[/alert_box] Captain Beefheart is a visionary / madman / genius who makes remarkably original music. A sculptor / painter / poet / philosopher of the primitive surrealist persuasion, Beefheart has never confined himself to the commonly accepted realm of possibilities. Perceiving the universe with magic and gleeful eyes, he tosses conventional approaches to language and music out of the window, and replaces them with an astonishing system of his own design. His startlingly irregular music marries rural END_OF_DOCUMENT_TOKEN_TO_BE_REPLACED 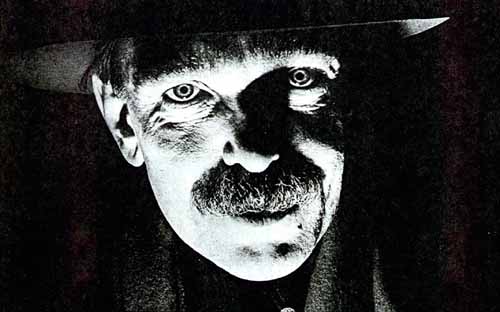 [alert_box type=”info”]This excellent introductory article to the work of Don Van Vliet first appeared in April 1981’s Down Beat.[/alert_box] “My music is terribly personal,” Don Van Vliet says, his eyes fixed intently on me. “I think any artist is that way. I think there’s a lot of people out there that are kidding about art. I mean, literally kidding.” Van Vliet speaks in a soft, slow Southern California drawl that sounds nothing at all like the raw, rasping bellow he usually affects when he’s singing under the name Captain Beefheart. But his intensity is the same, and he is every bit as captivating, clever, charming END_OF_DOCUMENT_TOKEN_TO_BE_REPLACED 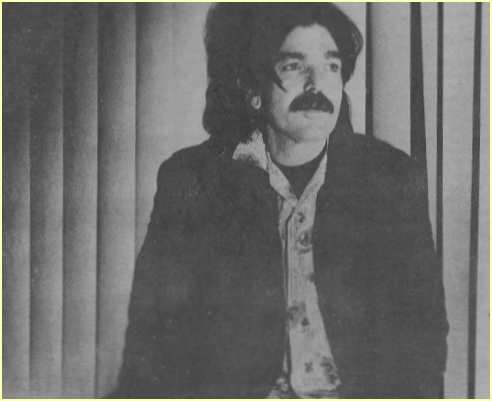 [alert_box type=”info”]This interview is from the January 1979 edition of the New York Rocker. The informal chat covers topics such as New Wave, cleanliness, and Don’s selling of a vacuum cleaner to Aldous Huxley.[/alert_box] The stars are matter. We’re matter. What’s the diff, Zoot? Don Van Vliet, aka Captain Beefheart, has emerged after six years of semi-retirement with a great album. Since the release of Clear Spot in late ’72, offerings from the Beefheart camp have been both infrequent and less than heartening. Even Van Vliet dismisses outright the two muffed Mercury albums, Unconditionally Guaranteed and Bluejeans and Moonbeams, and apart from guest shots on END_OF_DOCUMENT_TOKEN_TO_BE_REPLACED

[alert_box type=”info”]The following sound advice can be found in the book Rolling Stone’s Alt-Rock-A-Rama (1996) which includes an article written by John McCormick about Moris Tepper.[/alert_box] Budding guitarists take note. 1. Listen to the birds That’s where all the music comes from. Birds know everything about how it should sound and where that sound should come from. And watch hummingbirds. They fly really fast, but a lot of times they aren’t going anywhere. 2. Your guitar is not really a guitar Your guitar is a divining rod. Use it to find spirits in the other world and bring them over. A guitar is also a END_OF_DOCUMENT_TOKEN_TO_BE_REPLACED 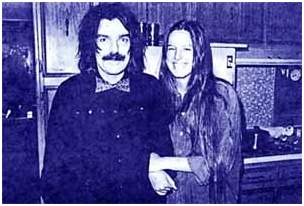 [alert_box type=”info”]This excellent article / interview was taken from the October 1st – 7th 1980 edition of Voice.[/alert_box] He’s alive, but so is paint. Are you? Don Van Vliet is a 39-year-old man who lives with his wife Jan in a trailer in the Mojave Desert. They have very little money, so it must be pretty hard on them sometimes, but I’ve never heard them complain. Don Van Vliet is better known as Captain Beefheart, a legend worldwide whom the better part of a generation of New Wave rock ‘n’ roll bands’ have cited as one of their most important spiritual and musical forefathers: John END_OF_DOCUMENT_TOKEN_TO_BE_REPLACED 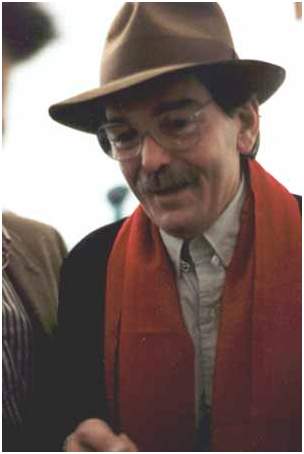 Ahm gonna tell you the story of how I came to meet Don Van Vliet. Well, to be honest, I stood in front of him, yes, but whether that qualifies as a “meeting” I’m not sure. In May 1985 about 30 galleries in Cologne were having exhibitions of new artists or new work of old artists. I don´t keep my eye on this stuff, and it was purely accidental when I saw his name in the advert for this gallery-event all over town. I was on my way home from school – Jesus, this is so long ago! I called the gallery, asking whether the END_OF_DOCUMENT_TOKEN_TO_BE_REPLACED 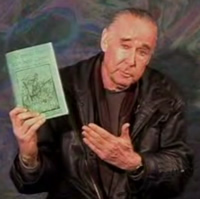 First telephone interview between Herb Bermann and Derek Laskie Tuesday 13th November 2003 I’d just like to start talking about your poetry, your recent reading for example. How did that go? It went very well. It was very well received. It was some fresh poetry that came to me. Beyond Baroque is the premiere venue for West Coast poets and poetry. It was a packed house and everyone showed up courteously in the thank-you line. So the kid’s still got it, his legs aren’t gone yet. The kid? Me, meaning me. I’m sixty-seven now. I think I’m eight or nine years senior to Don Van END_OF_DOCUMENT_TOKEN_TO_BE_REPLACED 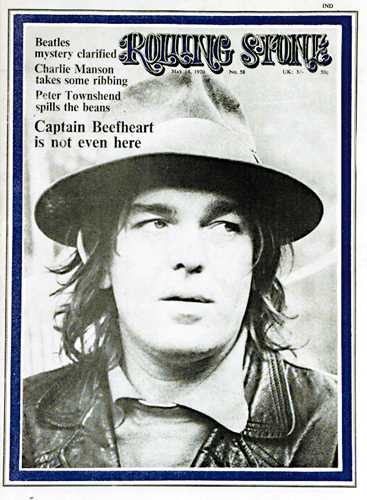 [alert_box type=”info”]This classic article originally appeared in Rolling Stone’s 14th May 1970 edition. Many thanks to Justin Sherill for making it available.[/alert_box] “Uh oh, the phone,” Captain Beefheart mumbled as he placed his tarnished soprano saxophone in its case. “I have to answer the telephone.” It was a very peculiar thing to say. The phone had not rung. Beefheart walked quickly from his place by the upright piano across the dimly lit living room to where the telephone lay. He waited. After ten seconds of stony silence it finally rang. None of the half dozen or so persons in the room seemed at all surprised END_OF_DOCUMENT_TOKEN_TO_BE_REPLACED

In 2000 John French, aka Drumbo, was writing his account of his time in the Magic Band, Beefheart: Through The Eyes Of Magic. The author called on Radar Station visitors to send him their questions and suggestions for the book, to ensure that he included the details that you wanted to know. Many of you responded to this appeal and John French passed on his sincere thanks. Many of the questions were of a very specific nature and couldn’t be easily covered in the format of a biographical book. Since they were also very interesting questions well worth addressing, John suggested that his answers could END_OF_DOCUMENT_TOKEN_TO_BE_REPLACED

While touring in the UK in 1975, there was a concert we played in a medium sized hall somewhere lost in time, where a bus brought in a group of about 16 wheelchair-bound individuals.  After the concert ended, we were headed for our bus when Don stopped and watched as the handicapped individuals were tediously loaded one by one onto their bus.  Our bus driver, a bit impatient, called out that we could go, but Don refused to budge.  “I’m not leaving until they do.  They had the patience to go through all this trouble to come see me, and I’m going to show them END_OF_DOCUMENT_TOKEN_TO_BE_REPLACED

This version of Orange Claw Hammer is one of my very favourite things that either Captain Beefheart or Frank Zappa ever recorded. It’s an acoustic performance recorded live on radio KWST in 1975. It’s available on the Grow Fins Rarities 1965-1982 box set. END_OF_DOCUMENT_TOKEN_TO_BE_REPLACED 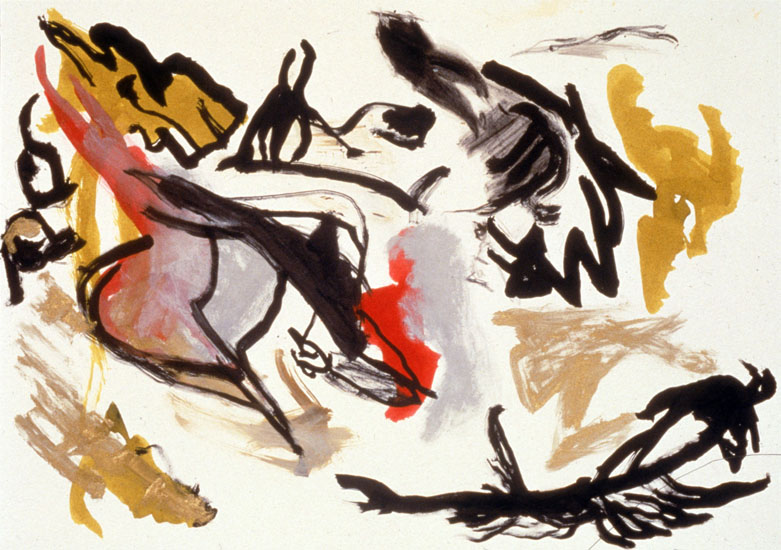 A 1993 poetry reading CD was included in the Stand Up To Be Discontinued exhibition book and later reproduced in the Pearls Before Swine book. It included readings of the following poems: Fallin’ Ditch The Tired Plain Skeleton Makes Good Safe Sex Drill Tulip Gill At the time, many found the recording shocking and upsetting. This was the first time Don Van Vliet had been widely heard in public since 1982’s Ice Cream For Crow and the intervening 11 years had clearly not been kind. He sounded far older than his 52 years and rumours of illness seemed to have confirmation. Today, I think they END_OF_DOCUMENT_TOKEN_TO_BE_REPLACED

[alert_box type=”info”]This article is an extract from Mike Barnes’ biography of Don Van Vliet, Captain Beefheart, published by Quartet Books, 2000.[/alert_box] ISBN 0 7043 8073 0 You can order this book from Amazon.co.uk or any good UK book sellers. ‘Everything they did I had ’em do. I mean I’m a director. I don’t wanna boast or anything like that, but I am an artist. And the thing is that sometimes artists are considered horrible after they direct something. Y’see those guys, they fell too far into my role, and then they didn’t like me after that. It happens in theatre and everything. But I can’t END_OF_DOCUMENT_TOKEN_TO_BE_REPLACED