Doc At The Radar Station discography 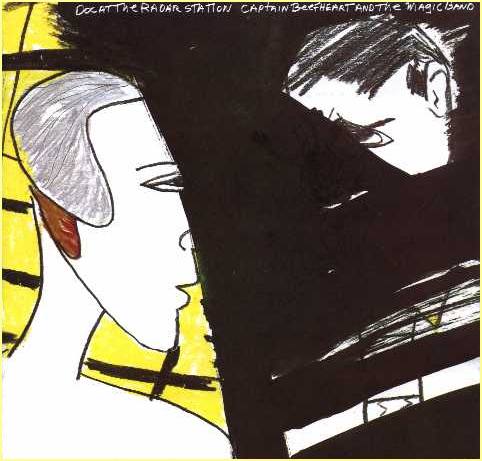 Captain Beefheart and the Magic Band sound extremely vexed about something on much of this album and are at their most abrasive and bitter. The sprightliness of the previous album has gone, replaced with a need to berate those who “used me like an ashtray heart”.

The lightest moment comes with Dirty Blue Gene which rollocks along with a sponge on the end of the spring in its step, although still castigating the song’s subject for her genetic meanness. There is betrayal and disappointment everywhere on Doc where even the finest pearls are really just cardboard balls. And if you’re me and have built a website all about Don Van Vliet you’ll not be able to listen to Sue Egypt’s scolding of “all those people who ride on my bones” without a pang of self-awareness and awkward shame.

Two years before Beefheart’s final album and retirement from the music industry, it’s no surprise in retrospect if this is how he was genuinely feeling.

Of course, it’s marvellous stuff – commonly regarded as the finest moment from his final trio of albums. The band are exceptional – the immense shocking power when they roar in at the beginning of Sheriff Of Hong Kong is pulverising.

Photograph from the back of the LP and CD booklet. 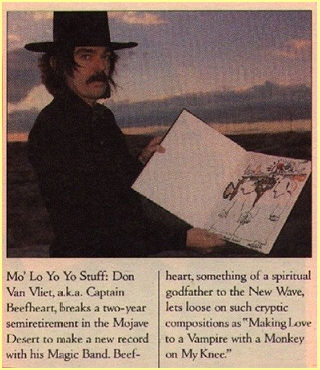 Small cutting from Rolling Stone referring to the recording of Doc At The Radar Station. Thanks to Bill Haines for sending this along.

Purchase Doc At The Radar Station

Doc At The Radar Station releases