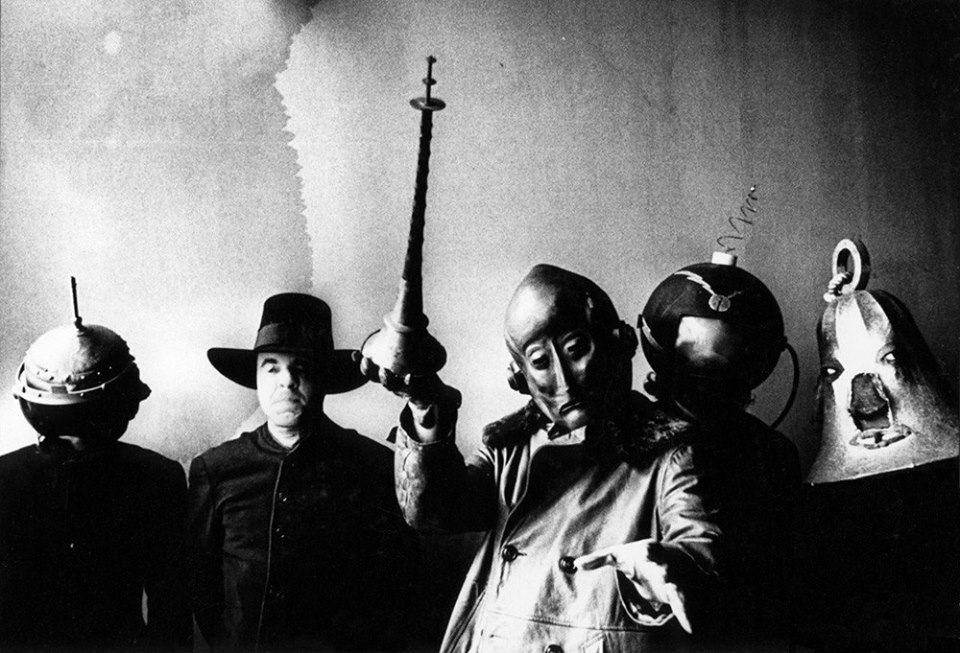 Yes, it’s 50 years since the band’s second album, Strictly Personal, was released. It was October 1968 in the US and December 1968 in the UK. The recording of the follow-up to Safe As Milk had begun back in November 1967 not long after Jeff Cotton had joined the band to replace Jerry McGee. However, these recordings were destined to remain unissued for a few years and the band had a second go at recording the album in May 1968. It was these later  sessions that were to be eventually released by Blue Thumb in the US and Liberty in the UK as Strictly Personal. END_OF_DOCUMENT_TOKEN_TO_BE_REPLACED 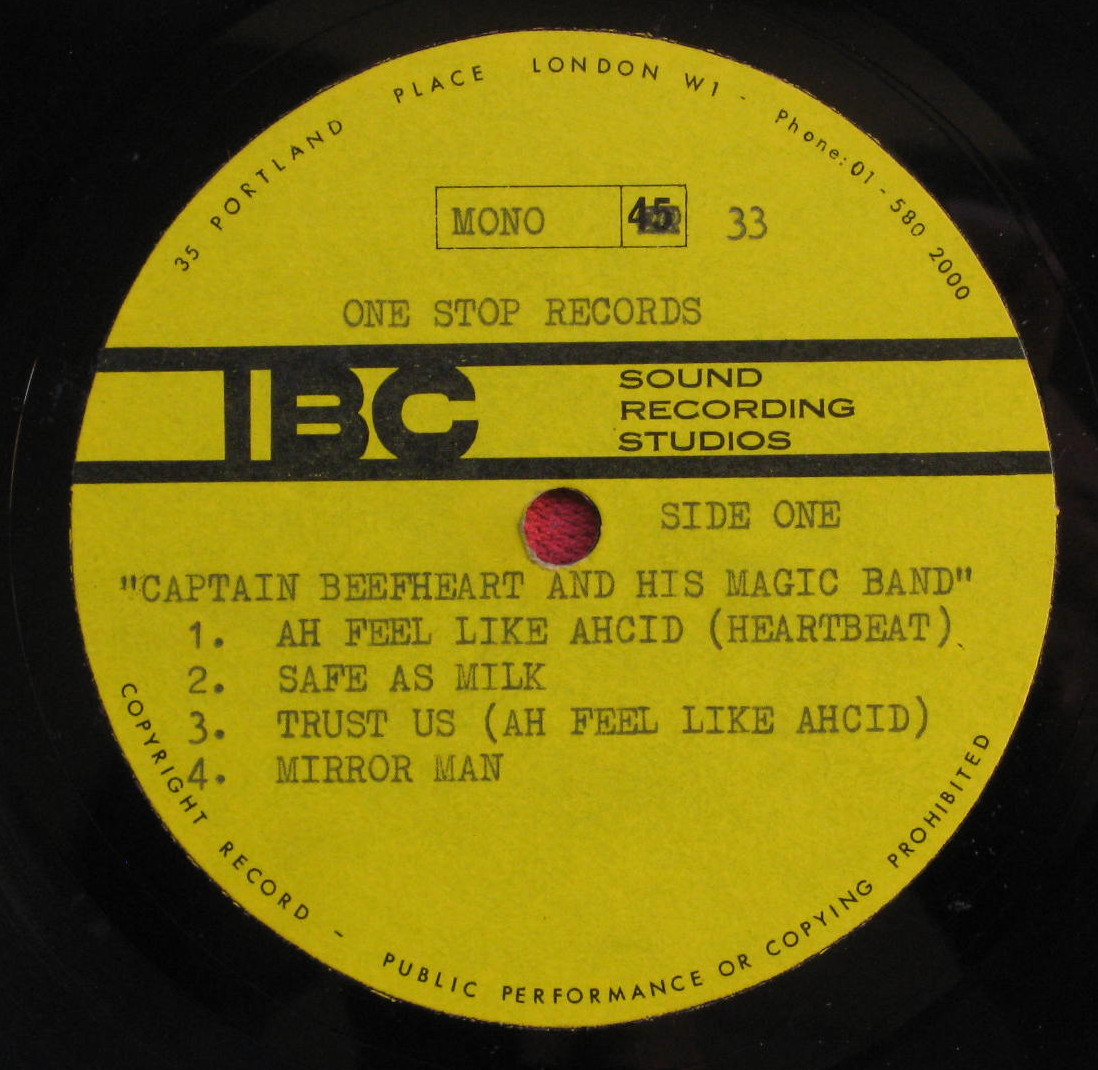 Ever since Don started complaining about the ‘bromo seltzer’ that had been added to the Strictly Personal album fans have wondered what it would have sounded like without Bob Krasnow’s pyschedelicized production. Surely the pristine untreated master tapes were tucked away in storage somewhere people thought. Not so. Gary Marker said that it was highly unlikely because Krasnow had used the master copy for all the phasing etc. he had added to the album’s sound which meant the original raw recording of the band was lost. Over the years various collections of alternate versions of many of the Strictly Personal songs have turned up and END_OF_DOCUMENT_TOKEN_TO_BE_REPLACED 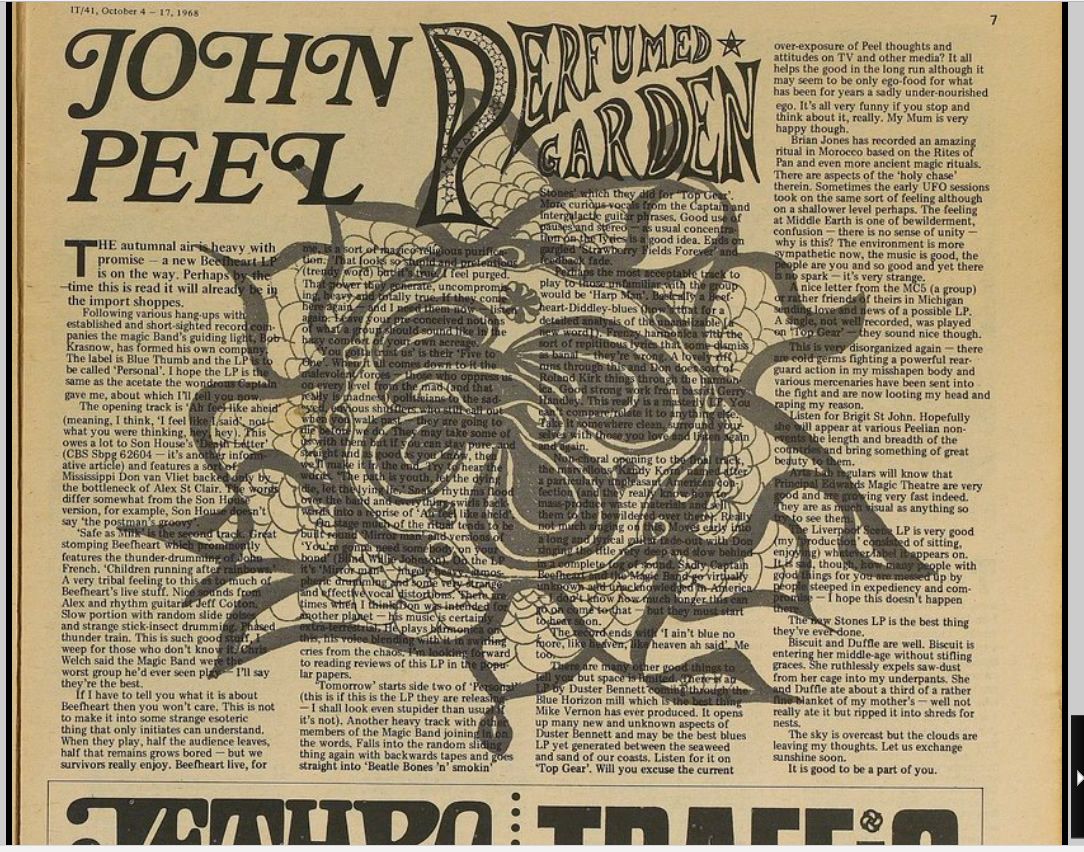 IT #41, 4 – 17 October 1968 From John Peel’s ‘Perfumed Garden’ column in the legendary sixties ‘hippy’ newspaper IT (International Times). This review of Strictly Personal takes up half of the column space and appears to be based on an acetate version given to him by Beefheart himself – this would have been during the band’s tour of the UK in July 1968.  Other bands mentioned by Peel after this review included Duster Bennett, MC5, Principal Edwards Magic Theatre, The Liverpool Scene, Bridget St John and Brian Jones. The autumnal air is heavy with promise – a new Beefheart LP is on the way. END_OF_DOCUMENT_TOKEN_TO_BE_REPLACED

The front cover of Strictly Personal was, at the time, quite unusual although it didn’t really hint at the strangeness that lay within those vinyl grooves. However, if you opened up the gatefold sleeve you were confronted head-on with the weirdness that was Captain Beefheart and His Magic Band even if he did say himself that “I may be hungry but I sure ain’t weird”. This certainly wasn’t your usual band photo call, no cheesy smiles, no macho posturing and no dodgy hairdos. Have you ever wondered who was who in that iconic photograph by Guy Webster? Well, we can tell you. Thanks to Jerry END_OF_DOCUMENT_TOKEN_TO_BE_REPLACED

The late Gary Marker, a jazz and session bassist at the time, was a close associate of Don Van Vliet during the 1960s. He produced some demos for the band, as well as early versions of some of the Safe As Milk songs. He also played bass on Moonlight  on Vermont and Veteran’s Day Poppy on Trout Mask Replica. Gary often graced the online forums devoted to chat about Beefheart where he responded to questions and comments freely and extravagantly in his own inimitable way. Here are some of his posts concerning the Strictly Personal album. In 2001 Gary was asked about the lines “Cheese in END_OF_DOCUMENT_TOKEN_TO_BE_REPLACED 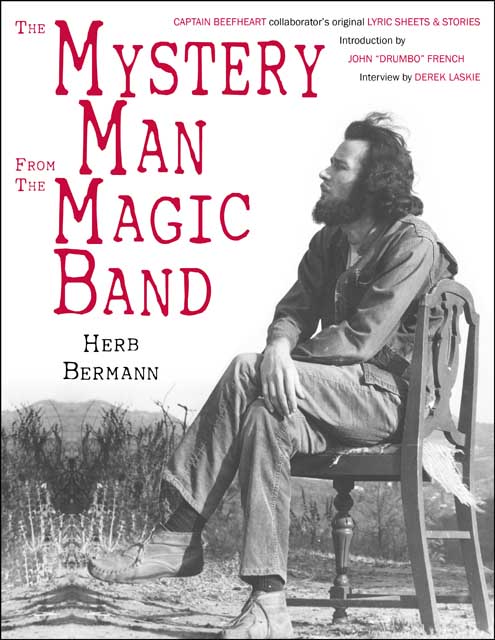 A look at the new book from Herb Bermann, Don’s co-writer on Safe As Milk. It’s not that long ago that many people thought that Herb Bermann was just another myth created by Don Van Vliet. Although he shared writing credits on eight songs on the Safe As Milk album, and, much later, one on Shiny Beast, he seemed to have disappeared off the radar. But the Radar Station kept looking for him … You can read about my and Derek Laskie’s search here. We were certain he was out there and Derek eventually managed to secure an exclusive interview with him for the Radar END_OF_DOCUMENT_TOKEN_TO_BE_REPLACED

[alert_box type=”info”]Originally appeared on Strictly Personal[/alert_box] The path is the mask of love, a way, a way The flow is the task above today, There is no other way (repeat) You gotta trust us when y’ need a friend T’ find us y’ gotta look within Y’ gotta trust us (repeat) before y’ turn t’ dust (repeat) Y’ gotta see before y’ see Y’ gotta be before y’ll be (we love you) Y’ gotta touch without taint Y’ gotta hear without fear Y’ gotta feel t’ reveal Y’ gotta touch without taint Such is IS n’ AIN’T is AIN’T (repeat) We’re for you, love you, with you, love you, END_OF_DOCUMENT_TOKEN_TO_BE_REPLACED

Unreleased 1971 version Uh life(?) turned into a while ‘n’ then into a mile A shirt to work, a back to ache And someday we’ll smile, Oh, I will ‘n’ you will But that ain’t gonna bend you down ‘n’ tie your workin’ shoe Don’t you wish you never met her Dirty Blue Gene A mile after mile Stand there bubblin’ like a open cola in the sun Troublin’ n fizzlin’ in the noonday sun Wonderin’ if you got the time to get clean Empty headed handed pockets ‘n’ shoes A Dirty Blue Gene, boys, is achin’ hard to lose Don’t you wish you never met END_OF_DOCUMENT_TOKEN_TO_BE_REPLACED

[alert_box type=”info”]Originally appeared on Strictly Personal[/alert_box] Beatle bones ‘n’ smokin’ Stones The dry sands fall The strawberry mouth; strawberry moth; strawberry caterpillar Strawberry butterfly; strawberry fields The winged eel slither on the heels of today’s children Strawberry feels forever Yeah, roosters, ol’ glass roosters, stick to your race In a drag-queen, live-wood farmhouse Tractors are clawin’; the folks are crawlin’ Trees in a row climbing a coach and I blow rich Red, blue, yellow sunset Where I set and you set; and I’ve loved and you’ve loved And I’ve seen and you’ve seen Salt Man has just made his mark – and crumbled The dark END_OF_DOCUMENT_TOKEN_TO_BE_REPLACED

[alert_box type=”info”]Originally appeared on Strictly Personal[/alert_box] Got (a letter) up this morning how do you reckon it read? Red blue and green whoooo all through my head Licked the stamps saw a movie dropped the stamp I ain’t got no blues no more I said Put me up thinkin’ a postman’s groovy I ain’t I ain’t got the blues no more I said……… Well send me with a letter lord drop me with a telegram I said My baby walked just like she did Walking on hard-boiled eggs with a…she can steal em…. I ain’t blue no more I said Lord one jumped up lord END_OF_DOCUMENT_TOKEN_TO_BE_REPLACED

[alert_box type=”info”]This article was taken from Crawdaddy Volume IV Number I – date unknown.[/alert_box] In this day of dubious miracles, when lucky new arrivals on the rock scene are spotted, slated for super-stardom, and hyped to oblivion, all in a matter of a year or so; when the ability of the American Kulture-Complex to absorb revolutionary ideas and turn them into profit reaches weird osmotic states, the enlightened listener tends to become somewhat cynical when confronted with the term ‘underground music.’ We all know what the underground is; we can read about it in ads for Columbia Records: The Man Can’t Bust Our Music or END_OF_DOCUMENT_TOKEN_TO_BE_REPLACED

US Vinyl Releases 1968 US Original on Blue Thumb BTS1 The first release on this label named by Don and set up by the producer Bob Krasnow who had also been involved with the production of Safe As Milk. Very thick card gatefold sleeve. Two different issues (that we know of): Black label with silver lettering; banded; there are pressings with different matrix numbers: J-1-RE-1 (on both sides) BTS 5001 D-1 (side 1), BTS 5002 D-1 (side 2) Black label; unbanded Jim Neher wrote to pass comment on the quality of the different releases: Next to the black label banded version, the black label unbanded END_OF_DOCUMENT_TOKEN_TO_BE_REPLACED

11 digitally remastered tracks recorded between October 1967 and May 1968 – missing only “Korn Ring Finger” from all known Strictly Personal cuts. The CD was compiled and annotated by John Platt. Note that track 11, “Dirty Blue Gene”, is actually an early version of “Ice Rose”, from the 1978 album Shiny Beast (Bat Chain Puller). “Dirty Blue Gene” was the actual label on the original tapes, so the labelling on the CD is correct. The Magic Band often swapped song-titles around, as must have happened here. No longer available. However, all these songs (and the missing “Korn Ring Finger”) are readily available on Buddha’s END_OF_DOCUMENT_TOKEN_TO_BE_REPLACED

A brand new audiophile vinyl re-issue of Strictly Personal, released on 29th November 1999. Track list Track list is the same as on previous versions. Press release from Simply Vinyl: OK, before we kick off on this one can we just say that Captain Beefheart’s vinyl sales are nothing short of phenomenal. Both Safe As Milk (SVLP122) and The Mirror Man Sessions (SVLP143) are just steaming away sales-wise! So, for all you intrepid Beefheart fans out there we’ve decided to make Strictly Personal available on 180g for the first ever time! This is the Captain in one of his best periods, i.e. after Safe As END_OF_DOCUMENT_TOKEN_TO_BE_REPLACED