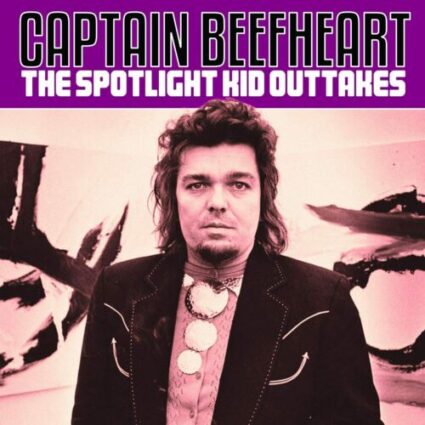 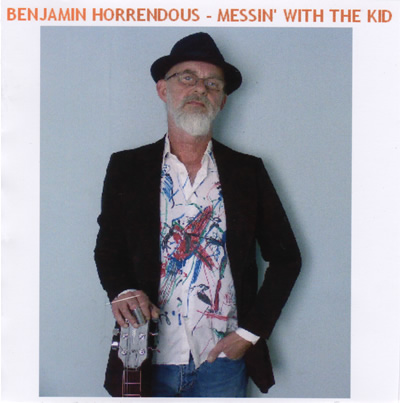 Song list: 1. I’m Gonna Booglarise Ya, Baby 2. White Jam 3. Blabber ‘n Smoke 4. When It Blows Its Stacks 5. Alice in Blunderland 6. The Spotlight Kid 7. Click Clack 8. Grow Fins 9. There ain’t no Santa Claus on the Evenin’ Stage 10.Glider Overview by Steve Froy Benjamin Horrendous will already be known by many as a member of the Beefheart tribute band, The Fourfathers, who have privately released a number of albums of Beefheart covers interspersed with some of their own material. However, this time Ben has decided to go solo, just him and guitar (and some foot stomping on Alice) and to give END_OF_DOCUMENT_TOKEN_TO_BE_REPLACED

For many years, a classic performance of I’m Gonna Booglarize You Baby from German television show Beat Club in 1972, circulated among fans. Then in 2012 the full 29 minute performance was released on DVD by Gonzo Media as The Lost Broadcasts but very rapidly became unavailable again once more. However, some of it is available to view on YouTube; the whole band are just incredible here and it’s hard not to be dumb struck by some of the vocals: DVD track list Mascara Snake (Bass Solo) Click Clack 1 Click Clack 2 Golden Birdies Band Introductions I’m Gonna Booglarize You Baby 1 I’m Gonna Booglarize END_OF_DOCUMENT_TOKEN_TO_BE_REPLACED

[alert_box type=”info”]Unreleased, from The Spotlight Kid sessions[/alert_box] You know how it feels When you’re layin flat on your back And they’re puttin’ flowers (up) on ya Down on Funeral Hill That’s where there ain’t no Boss Man Cuz you finally paid your bills Nobody there’s gonna scrape at your behind Cause if they do you know they’re haunted and workin’ overtime You don’t have break for the rooster, spill your blood in the sun Hide from the moon until the villain comes You swear with the sky there ain’t no mad man gonna spat in your eye.. up there Ain’t no pretty woman gonna shoot END_OF_DOCUMENT_TOKEN_TO_BE_REPLACED

[alert_box type=”info”]By Jan Van Vliet. Originally appeared on The Spotlight Kid[/alert_box] All you ever do is blabber ‘n smoke There’s ah big pain in your window ‘N all your waters turn t’ rope It gonna hang you all Dangle you all Dang you all If you don’t hurry there will be no hope Why don’t you quit actin’ like ah dope All you ever do is blabber ‘n smoke It don’t matter where you got your start Which side of your head you wear your heart Clean up the air ‘N treat the animals fair I can’t help but think you treat love like ah joke END_OF_DOCUMENT_TOKEN_TO_BE_REPLACED 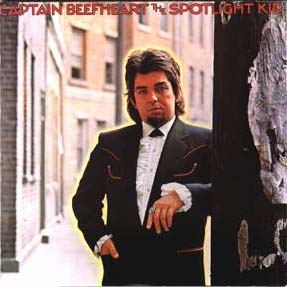 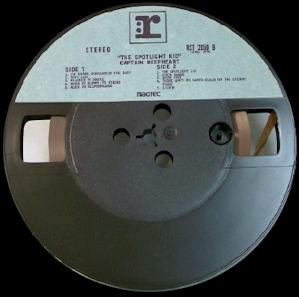 [alert_box type=”info”]Taken from the Los Angeles Times, 12th January 1995.[/alert_box] More undiluted examples of Captain Beefheart’s singular genius can be heard on his “Trout Mask Replica” and “Lick My Decals Off” albums, but this pair of 1972 albums-packaged together here-are his most innately pleasurable. Had Howlin’ Wolf been raised beside the canals of Mars, he might have sounded like Beefheart (a.k.a. Don Van Vliet), who mutated the blues with Dadaist lyrics, jagged guitar lines and spasmodic rhythms that showed his disdain for what he called the “mama heartbeat” of rock music. Striking many as chaotic hippie noise, his music, for the diligent listener, mirrored nature END_OF_DOCUMENT_TOKEN_TO_BE_REPLACED

[alert_box type=”info”]Writer unknown, taken from June 1972 Stereo Review.[/alert_box] Captain Beefheart is about six years ahead of his time; his early material was cut in 1965 and still sounds advanced today. The main influences on him are Delta country blues and John Coltrane’s mystical jazz. His voice has a four-octave range, which means he can peak at skyscraper high notes and comfortably descend to guttural monotones. Combined with his personality, his music and his voice will either fascinate you or send you screaming into the woods. He plays word games, sometimes getting triple meanings through puns, and his material is basically good-natured and wildly imaginative. END_OF_DOCUMENT_TOKEN_TO_BE_REPLACED