In 2010 Gary Lucas started presenting a series of symposia celebrating Don’s art and music. Following Don’s death in December 2010 they became an even greater celebration of his life. 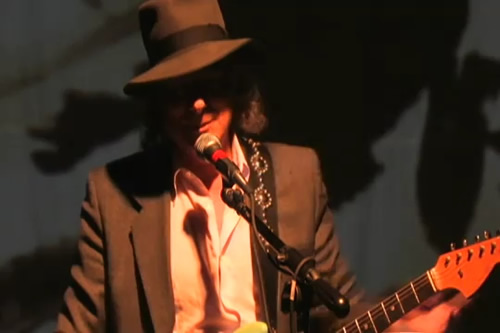 These events were advertised as follows:

This will involve Gary showing rare video footage of the man and the band, delve into his complex artistic oeuvre as both a composer — by performing some of his fiendishly difficult solo guitar compositions live — and as a painter by showing slides of his formidable paintings and drawings.[/wp_quote]

Gary explained his motives in an interview with the SF Weekly:

[wp_quote]I began doing these symposiums because it was my firm belief that many more people in the world today should know about this man’s consummate artistry, visionary genius, and profound impact on the world of music, and that sadly he was in danger of falling off the map, particularly to a younger genertation of music fans … [snip] … since Don’s death I have received the full blessings and support of his family to continue to present these symposiums.[/wp_quote]

Gary plays and talks about Don:

Comments are closed, but trackbacks and pingbacks are open.