All photographs on this page are Copyright © 2011 Michael Kirschner. Used with permission. 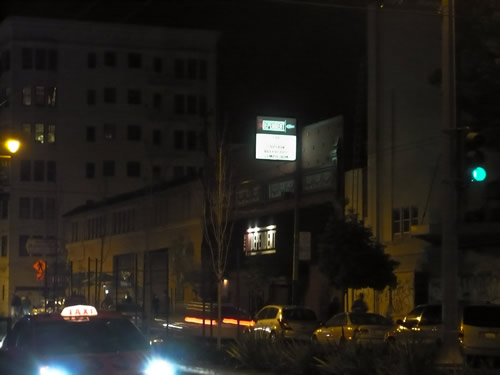 Gary Lucas makes the introductions before showing a selection of videos: 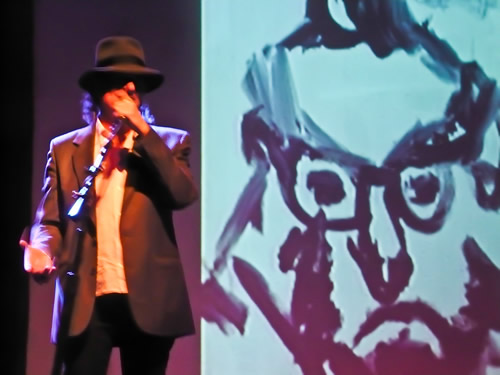 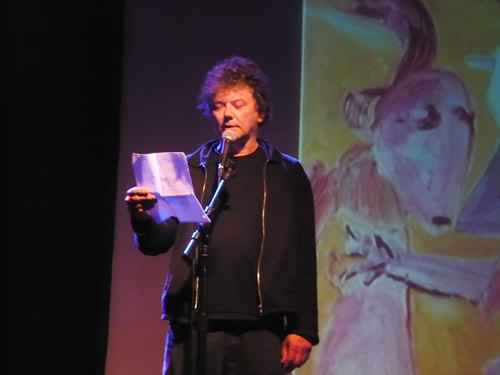 Terry Vliet, Don’s cousin, followed Jerry. He looked like he was going to break down when he began speaking about the talk he had with Jan the day Don died. In five minutes he gives us an amazing picture of Don, then read a very moving and beautiful poem he wrote for Don – “Beefheart at the Roxy”.

Here’s a video of Terry reading his poem for Don – Beefheart at the Roxy:

Francis McCarthy, a friend of Gary’s, spoke and read some of Don’s poems.

Gary then introdcued Phil Brown who was the engineer on the album Ice Cream For Crow and they spoke together for a while. 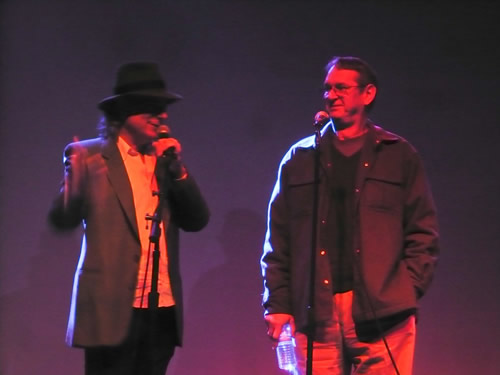 Mark Blake, a friend of Gary’s, read “You Should Know by the Kindness of a Dog, the Way a Human Should Be”: 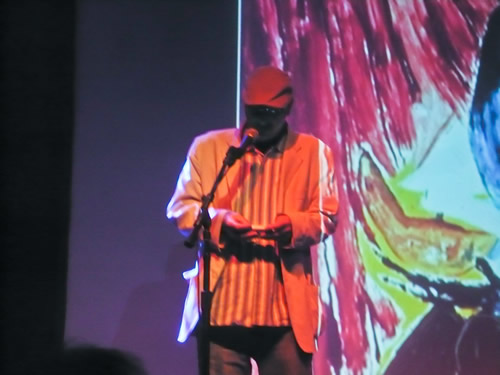 Vic Vale, the publisher of Search and Destroy and RE/Search Magazine,was the next guest and he made the point that this should be considered a wake for Don – I thought that was a very cogent point: 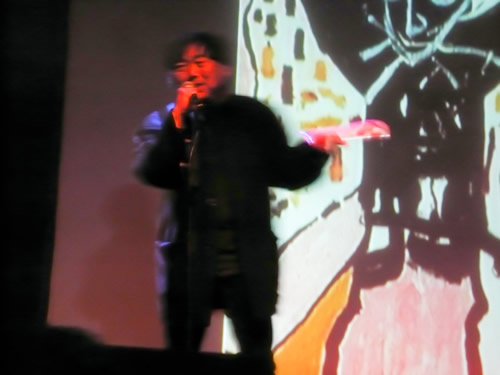 Vic was followed by Marion Vale, “the token girl,” who read her recollection: 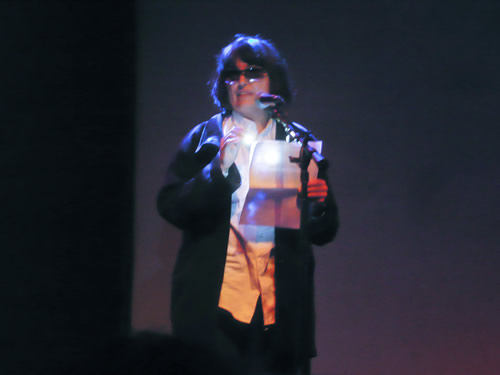 The final guest was Ralph Carney of Tin Huey: 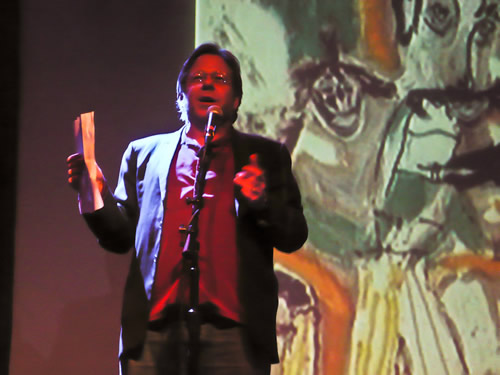 It was then back to Gary Lucas who spoke about Don’s compositional method and played acoustic instrumental versions of “Sure Nuff N’ Yes I Do” and “Ice Cream for Crow” on his National steel. Switching to electric he then played “Evening Bell” before bringing the evening to an end. 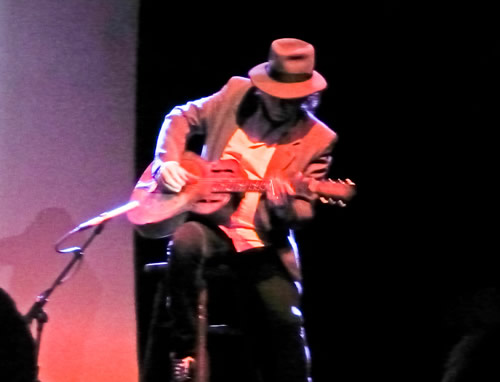 It was a very enjoyable evening. I would urge you to attend if this comes to your area.