By: Graham
In: 21st Century Magic Band
With: 1 Comment

Back to the Front

Seventeen crackling tracks recorded live in the studio as the band rehearse for their live shows.

Eighteen stunning performances from one of John French’s favourite shows

Live in Concert and Crow’s Milk 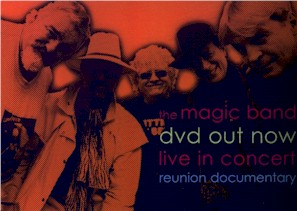 Excellent quality dvd with footage of the Magic Band live at Shepherds Bush Empire in 2003 (80 mins), plus a documentary (50 mins) about their reunion produced by Elaine Shepherd.