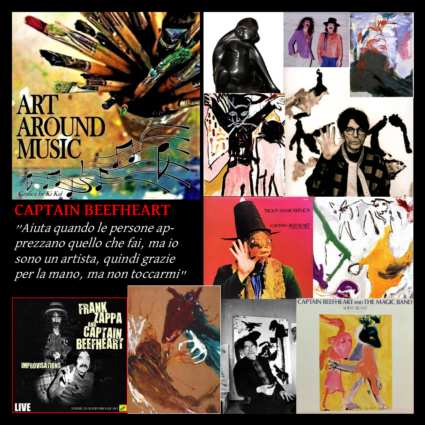 I’ve been sent information by Frederica Caliandro who hosts an Italian web radio series called ‘Art Around Music’. On Thursday 12th May 2022 at 6pm she will be presenting a show about Don: The fortnightly appointment with ART AROUND MUSIC by Ki Kal Federica Caliandro is with Don Van Vliet alias CAPTAIN BEEFHEART, a total and experimental artist. Musician, songwriter, sculptor and painter active through the seventies and eighties, disseminating art everywhere, as intriguing and hypnotic as chaotic and oblique. Appointment in streaming on https://webradio.admr-chiari.it or via the ADMR Rock Web Radio app From the site you can also download the podcasts of previous episodes END_OF_DOCUMENT_TOKEN_TO_BE_REPLACED 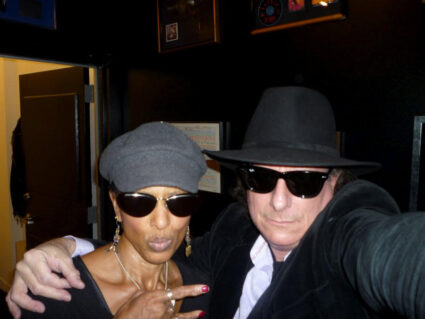 Are you looking for some live Beefheart music? Well, there’s some coming up in New York … THE WORLD OF CAPTAIN BEEFHEART featuring GARY LUCAS and NONA HENDRYX — with Fast ’N Bulbous and Gods and Monsters vets Jesse Krakow on bass, Richard Dworkin drums, and Jordan Shapiro keyboards — will perform for the first time in several years as part of Bang On a Can’s Long Play Festival in Brooklyn the last weekend in April. The group will perform at Roulette, the venerable avant-garde music club at 509 Atlantic Avenue at 8:30pm on Friday April 29th More about the festival and tickets here: https://bangonacan.org/longplay/ END_OF_DOCUMENT_TOKEN_TO_BE_REPLACED 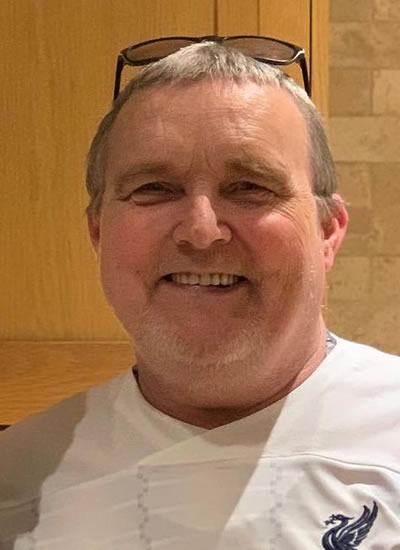 I’m very sad to say that my old friend and fellow Beefheart fan Paul Brown has passed away. Paul was probably THE Beefheart fan, a fervent collector and the most knowledgeable of all things Beefheartian that I have ever known, he always knew what was shakin’ in Vlietland. He was a great mate, kind and generous and a good laugh. Many longtime fans will have probably come across Paul at some point and others will have benefited in one way or another, even if they don’t know about it, by his involvement in collecting all things Beefheart. I first met him back in the days END_OF_DOCUMENT_TOKEN_TO_BE_REPLACED

Gary Lucas has sent us some previously unseen drawings by Don. These were drawn in a large notebook (8.5 x 11 inches) which Gary carried everywhere during 1980 to 1984 and used for Beefheart related business — “dictated lyrics, poems, observations he wanted me to write down, business contacts etc.” (click on the image for a larger version) #1  “Untitled Abstract “ Don drew this in November 1980 towards the back of the notebook using a black marking pen. #2 “Growlin Poeé” (dated 11 / 11 / 82) #3 “Early Phoe Faux Thump” (11-11-82) The last two drawings Don drew in NYC during a period END_OF_DOCUMENT_TOKEN_TO_BE_REPLACED 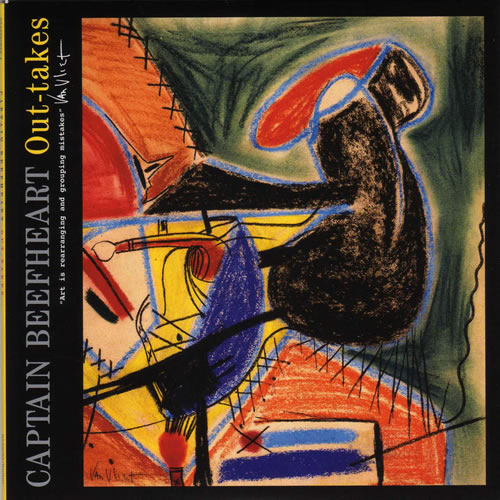 In my original review of the Sun Zoom Spark : 1970 to 1972 box set I looked at each track on the Out-takes album and related them, where possible, to previous released versions. However what I didn’t do was compare them to the versions on the classic bootleg 3CD set Spotlight Kid Outtakes which contains all these tracks and more, although I think I presumed the same versions were on both compilations. Anyway, my omission was spotted by Elias Rost, who sent me the article below in which he does the comparison between the two box sets … over to Elias … —————————————————————– I got the END_OF_DOCUMENT_TOKEN_TO_BE_REPLACED 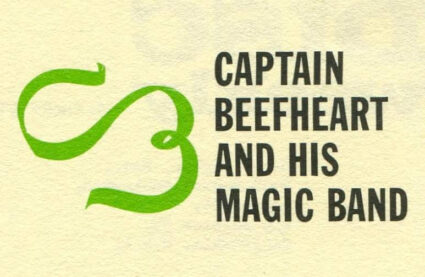 You’ve probably seen the photographs of John Lennon and George Harrison behind whom are copies of the Safe as Milk bumper sticker and wondered what the story is. As far as I know The Beatles have not committed to record their views on the album Safe as Milk or whether they liked the band but it does look like they have had copies in their possession … or least copies of the bumper sticker. What is obvious is that to have copies of the bumper sticker they would have had to have the American release of the album because the UK release on Pye International END_OF_DOCUMENT_TOKEN_TO_BE_REPLACED 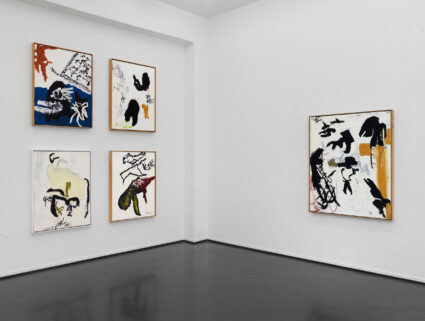 A collection of Don’s paintings and drawings is being exhibited at Michael Werner’s Cologne Gallery from 4 September to 16 October 2021, under the title “Ralf Love Don”. Galerie Michael Werner is pleased to announce a solo exhibition of paintings by American artist Don Van Vliet, also known as Captain Beefheart (1941-2010). Featuring small- and large-format paintings and drawings made between 1979 and 1994, the exhibition reveals the compelling evolution of Don Van Vliet’s oeuvre. The b / w short film from 1993 “SOME YOYO STUFF” by Anton Corbijn will accompany the exhibition. Van Vliet painted throughout his many years performing, and in the mid-1980s END_OF_DOCUMENT_TOKEN_TO_BE_REPLACED 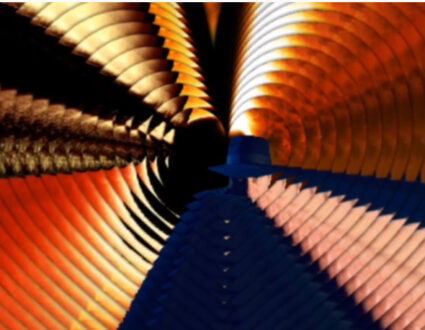 Updated 17 August 2021 Gary continues to surprise ! You never quite know what he’s going to do next … but you always know that it’s going to be interesting. His latest adventure – entitled Le Beast Concrete – sees him join forces with David Sisko, an NYC based producer, mixer and remixer to produce some startling and intense soundscapes. Gary’s incendiary guitar forms the centre around which swirl the electronics, beats and rhythms conjured up by David. In the press release it’s described as “combining the elements of the past, present and the near future, it can be considered a “genre-fluid” mix blues, rock, END_OF_DOCUMENT_TOKEN_TO_BE_REPLACED 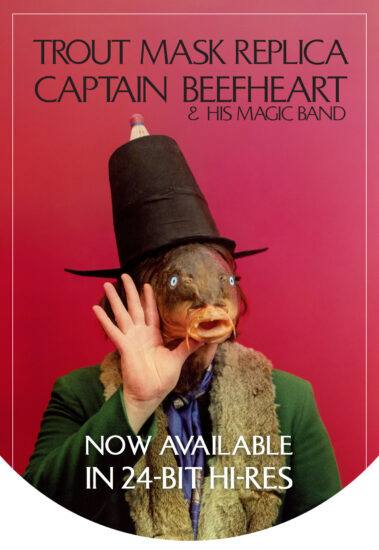 I suppose it had to happen eventually but it has taken a long while for Trout Mask Replica to become available via streaming platforms. Zappa Records have finally made the legendary album available in HiRes 24 bits 96kHz Stereo via the Qobuz streaming service. It will be exclusively available on Qobuz for thirty days before other services get a look in. According to Ahmet the delay in getting the album streamed was due to them being a small team and not getting around to Don’s album because they were so involved in the reissues of Frank’s music. This presumably also explains why they never bothered END_OF_DOCUMENT_TOKEN_TO_BE_REPLACED 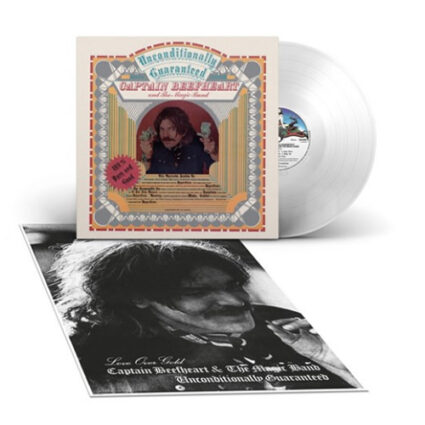 One of the Record Store Day releases for 17th July 2021 is the Unconditionally Guaranteed album. Probably not every fan’s first choice for such a event as it was a huge disappointment at the time of its original release but the album has undergone a bit of a re-evaluation in more recent years. Some fans even consider it ‘not too bad after all’… Okay, there are some interesting songs on there but Andy Di Martino’s bland production knocked all the stuffing out of the overall sound. It could have been a much better album if Ted Templeman had produced this one as well as Clear END_OF_DOCUMENT_TOKEN_TO_BE_REPLACED 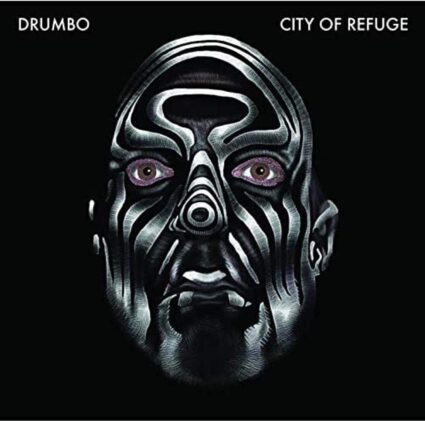 If you don’t already have a copy of John French’s (almost) definitive book, Beefheart: Through The Eyes Of Magic, then here’s your chance as The Last Music Company are reprinting it. An essential read for any fan of Captain Beefheart & the Magic Band. It will be available from 23 April 2021 in Europe and from 2 September in the US in hardback and digital formats. If you having any doubts about getting a copy then read my review of it here : Review of Through The Eyes Of Magic Alongside the book they are also releasing a limited edition vinyl version of John’s excellent END_OF_DOCUMENT_TOKEN_TO_BE_REPLACED 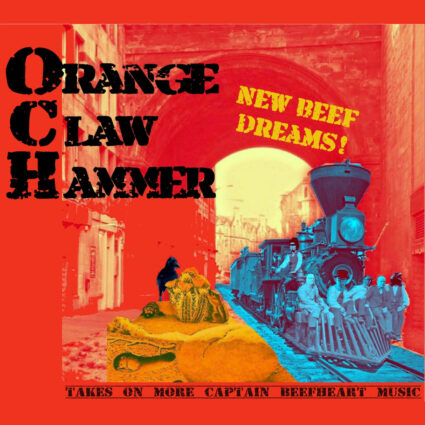 Wow, how about this cover version of Steal Softly Thru Snow! The Android Trio, Andy Niven, Eric Klerks and Max Kutner, are in fact from the last incarnation of the reunion Magic Band. It’s great to see that they learnt their lessons well from John Drumbo French and that they are keeping the Beefheart flame burning. Guest vocalist, Peter Niven’s vocals are throat-shredding and are closer to grindcore than Beefheart but, amazingly, it works. Check out the band on Bandcamp – https://androidtrio.bandcamp.com/ END_OF_DOCUMENT_TOKEN_TO_BE_REPLACED

In 2020 Greg Bendian, who runs the ProgCast channel on YouTube interviewed Bill Harkleroad, aka Zoot Horn Rollo. They discuss details of his work on Trout Mask Replica, and Lick My Decals Off, Baby, as well as their collaboration on Bill’s excellent solo album, We Saw A Bozo Under the Sea. Greg played drums and vibes on Bill’s album. END_OF_DOCUMENT_TOKEN_TO_BE_REPLACED

A winter night in January 1981 I drove up to Reseda in Los Angeles to see Captain Beefheart and his Magic Band at the Country Club. It was a fantastic concert and Don and the band were flying. At the time I was working for the Danish Radio as a freelancer and I asked a guy at the door if Don would be available for an interview. To my surprise he came out and told me to meet Don at a Denny’s restaurant across the street. And there he came in his stage-clothes, very nice and we talked as you can hear here. After the END_OF_DOCUMENT_TOKEN_TO_BE_REPLACED 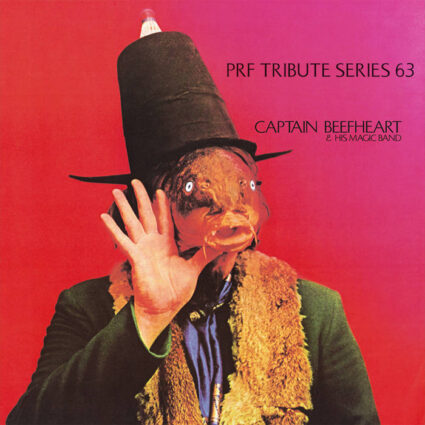 Available on Bandcamp the PRF Monthly Tribute Series is an ongoing project which challenges musicians to attempt covers of a particular band or artist.  The musicians are given a month to record songs by that band, or about that band, or in the style of the band. In September 2019 the 63rd in the series it was the turn of Captain Beefheart. Situations – Grown So Ugly (3:19) – this track races along as a straightforward rock song rather than following the blues of the original Doctor Coffee – Dropout Boogie (2:42) – a similar arrangement to the SAM track complete with waltz-style break but END_OF_DOCUMENT_TOKEN_TO_BE_REPLACED 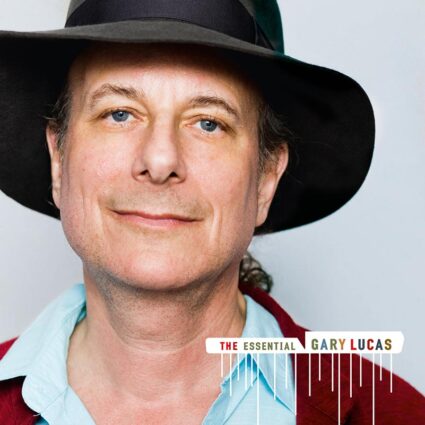 Released January 29th 2021 through NYC’s Knitting Factory Records, Gary Lucas’s 40 year career is celebrated with this 36 track 2CD set. The first CD concentrates on songs recorded with Gary Lucas’s art-rock psychedelic supergroup Gods and Monsters. The second CD is devoted to Solo, Rarities and Collaborations. Drawing on a wealth of material – including rare and previously unreleased tracks — the deluxe double disc package offers ample evidence of this maverick artist’s trailblazing and unique career — going back to his earliest appearances on record and stage with Captain Beefheart in the early 80’s, which put Gary on the musical map … to his END_OF_DOCUMENT_TOKEN_TO_BE_REPLACED 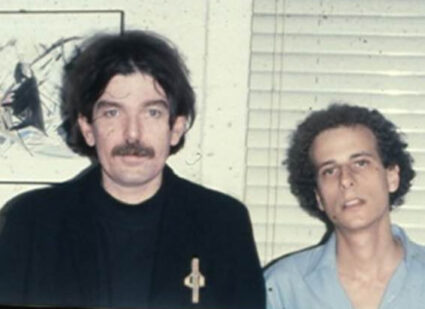 Don would have been 80 years old today. To celebrate that milestone Gary Lucas has written a piece for the Please Kill Me website about the dysfunctional relationship between Don and Frank Zappa. Gary offers his take on the rivalry between to the two old friends and also looks at the recording of the last Beefheart album Ice Cream For Crow. Read the article – Don Van Vliet and Frank Zappa: Two Peas In A Misshapen Pod   Another album that gets mentioned in the article is Doc At The Radar Station which last year reached its 40th anniversary. Gary devoted three of his Facebook END_OF_DOCUMENT_TOKEN_TO_BE_REPLACED

Originally published in the Wall Street Journal December 19, 2010 Noted avant guitarist and composer Gary Lucas was a colleague and friend to Don Van Vliet, better known as Captain Beefheart, who died Friday. Calling him “the most compelling conceptualist I’d ever heard,” Lucas once told the Journal that Van Vliet had “taken the structure of the jazz and blues and rebuilt it like no one else had.” We asked him to record his thoughts about his mentor and friend. Don Van Vliet was an American maverick visionary genius who single-handedly changed the face of music we know it over a dozen uncompromising albums. He END_OF_DOCUMENT_TOKEN_TO_BE_REPLACED 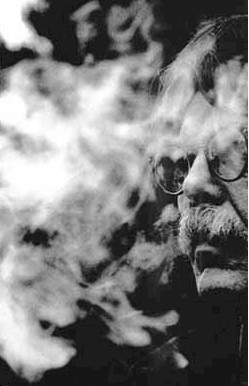 Has it really been that long? It has been even longer since he’d been really productive as an artist. He’d given up recording music completely to concentrate on painting but even that was denied to him as the MS he suffered from gradually took hold. It must have been frustrating for him as someone who had continually created, to whom it seemed to come so easily, always doodling in his drawing books, writing poems and lyrics, whistling, humming… He battled against the disease for as long as he could, some of his last drawings were no more than a few scribbled lines but they represented END_OF_DOCUMENT_TOKEN_TO_BE_REPLACED