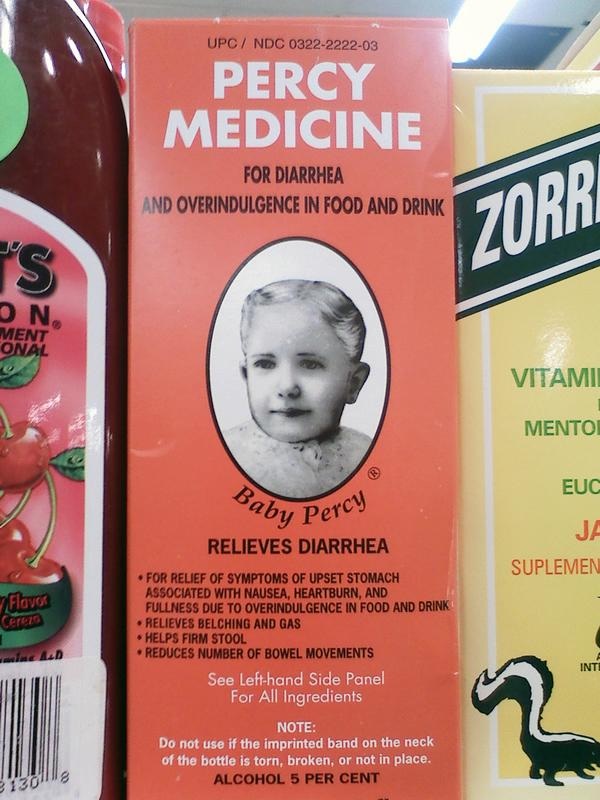 Steve Brewster writes about the opening lines “Baby Percy told Elixir Sue / Listen to me baby / I’m gonna tell it to you”: Don was referring to a common product in the USA in the 1950s – Percy Medicine and their mascot “Baby Percy”. I’m sending a photo of the box for the stuff that clearly shows who Baby Percy is. END_OF_DOCUMENT_TOKEN_TO_BE_REPLACED

In 2001 Gary Marker wrote to say the following: Zig-Zag Wanderer was a specific reference to the popular rolling papers of the same name. (“You can huff, you can puff…” doesn’t ring any faint, tinkling bells and conjure up any smoke-drenched images?) I probably read this a while back on the Beefheart newsgroup: someone was confused about the bass line on “Zig-Zag Wanderer” and wanted to know if anyone had transcribed it. Well, one of the difficulties in figuring out the bass part on that song is probably because – and if you listen carefully you can hear it fairly clearly – there are three END_OF_DOCUMENT_TOKEN_TO_BE_REPLACED

Note this drawing depicting “…a small child / With Statue of Liberty doll.” which was included with the Spotlight Kid album in 1972, 10 years before “The Thousandth and Tenth Day of the Human Totem Pole” was released on Ice Cream For Crow. END_OF_DOCUMENT_TOKEN_TO_BE_REPLACED

Justin Sherill writes: Interestingly, I received an email from a Peter Wray, who might just be the fellow mentioned in the song. Here’s a chunk of his email. “My only claim to fame was being mentioned in one of his songs (Sugar n Spikes). How I got in the lyrics I don’t know except that I met Beefheart on tour in Columbus Ohio in 1968 or 69.” “I remember that one of my friends in college got one of the first issues of TMR – when Warners included the lyric sheet – and came running into my room yelling and insisting that I somehow had END_OF_DOCUMENT_TOKEN_TO_BE_REPLACED 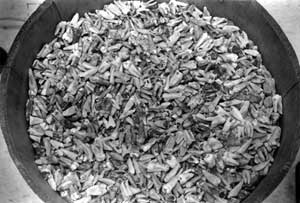 Painless Parker Derek Laskie writes: This is a photo of a wooden pail full of teeth which Painless Parker extracted. Edgar R R ‘Painless’ Parker is described: ‘heavyweight champion of tooth pullers died in 1952 at age 80’ The American Dental Association called him ‘a menace to the dignity of the profession’. It seems that he was a bit of a huckster/showman, wearing a necklace of human teeth and making a fortune. I can just imagine the young Don hearing, seeing or reading the obituaries. You can read more about Painless Parker at www.ushistory.org and at Wikipedia. Inspired by Beefheart… Derek Laskie also pointed out that there END_OF_DOCUMENT_TOKEN_TO_BE_REPLACED

Moonlight on Vermont affected everybody Even Mrs. Wooten well as Little Nitty Even lifebuoy floatin’/With his lil’ pistol showin’ ‘n his lil’ pistol totin’ Vermont is about as white a place as you can get, that is in most people’s minds. I can’t think of anyplace whiter than that. Not just white but white in a very Northeastern sort of way. But Beefheart’s paean to the influence of the moon is set in the whitest place on earth; white people, white with snow, white as the full moon riding in the sky that stirs people’s blood, the same moon that Howlin’ Wolf howled to in END_OF_DOCUMENT_TOKEN_TO_BE_REPLACED

My musings on the meaning of the lyrics for that particular song aren’t my personal interpretation, I’m merely relaying what Don Van Vliet told me that the lyrics are all about. So, it’s the author/composer’s own interpretation of what the words mean, not mine. Meaning The words are about human evolution, which Don somehow seemed to feel took place on the Indian subcontinent – not Eastern Africa. He apparently wasn’t familiar with L.S.B. Leakey and his various progeny and kin – or their discoveries at Olduvai Gorge. “Babbette Baboon” is an ape-like creature on the brink of “comin’ over pretty soon” to a more humanoid existence – if she can END_OF_DOCUMENT_TOKEN_TO_BE_REPLACED