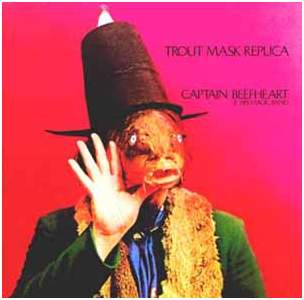 Many of the musicians on this album had a poem written for / about them by Don Van Vliet.
View Leach’s Listing for a thorough guide to who did what on Trout Mask Replica.

The album was written in 8 and a half hours on a piano. Beefheart went a year and a half without any sleep. The band never took drugs. The musicians could not play before joining the band and were taught every note by Beefheart.

These claims have all been controverted by various band members in recent decades and are of course entirely untrue; the Captain was just having a bit of fun with us. What is interesting about these claims, however, is that people seemed willing to believe the impossible about Captain Beefheart…

“Hello, there, kids, it’s your old friend Captain Beefheart! You know, me, the magic man, invisible, and all that jazz, ha! Flies through time and space, dimension warp, all that rhythm…”

-I Was A Teenage Maltshop by Frank Zappa and Don Van Vliet, 1964.

Every description you have ever heard of the music on this album is true: it’s shocking, bewildering, inscrutable, dense, playful, hilarious, immobilising, a work of genius, unique, impossible, timeless, beautiful, overwhelming and immensely rewarding. Background music, however, it is not.

Every time I put it on, I feel an initial tremble of foreboding and uncertainty before I’m lost once again in its incredible world which I know so well yet feels so fresh.

If you have heard it then you either love it or haven’t learned how to love it yet. Ed Ward once confessed to Beefheart that he didn’t really get Trout Mask Replica:

“That’s OK,” he said, “just put it on and then go back to doing whatever it was you were doing, and it’ll come to you.”

If you haven’t heard it then buy, borrow or steal it immediately.

It’s Captain Beefheart’s most renowned work for a very good reason: there will never ever be anything remotely like it again and it’s worth putting in the effort to get to know it, no matter how awful that prospect might initially seem. None of this is hyperbole; you simply could not hype Trout Mask Replica. 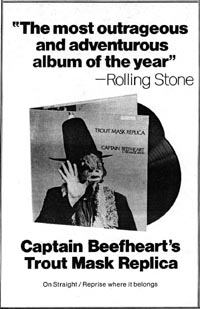 Added to the CD issue after the words “most recent…”:
CD design and restoration: Tom Recchion 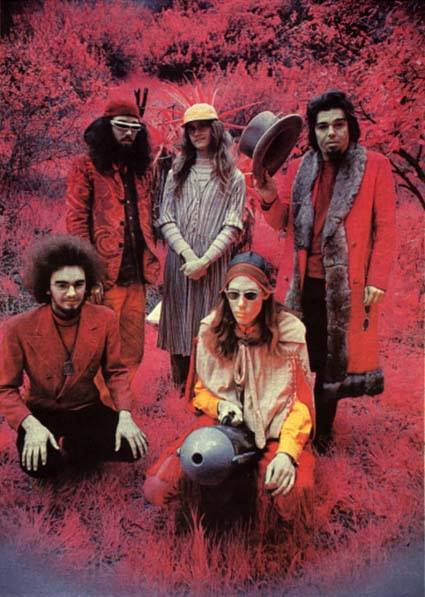 An amazing Trout band photo, credited to Ed Caraeff, which appeared in Rolling Stone # 507 in 1987. More of these shots can be found with the Grow Fins box-set.

View the Radar Station’s full information about the various editions of Trout Mask Replica which have appeared over the years.