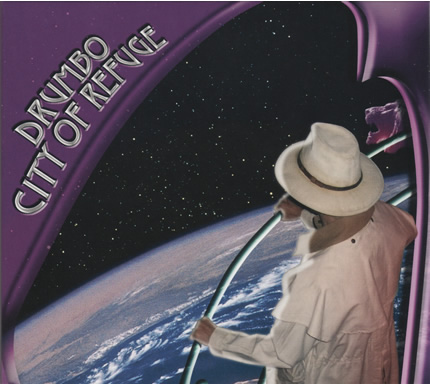 Recognised among many as one of the most innovative percussionists of his generation, Drumbo now sets out to resurrect the style of music he helped make famous in Captain Beefheart’s legendary Magic Band.

For his new CD, “City of Refuge,” Drumbo set out to inject new life into the style and traditions of The Magic Band, while creating an album that can easily stand on its own. … the record shows where Drumbo has been and indicates where he’s going. It’s a craggy, bluesy, melody-laced mixture of interlocking rhythms and straight-ahead emotion – and something that no one interested in richly challenging electric music will want to miss.

This is John’s third solo album in 14 years and we find him still trying to come to terms with his alter ego – Drumbo, and the lengthy shadow thrown across his musical career by one Don van Vliet.

John’s first solo release, Waiting on the Flame, saw him playing soft rock/blues/country in a conscious effort, by his own admission, to avoid sounding anything like the music of Captain Beefheart and The Magic Band.

His second, a difficult all drum affair, saw him, with Henry Kaiser’s encouragement, facing up to being Drumbo and the rhythms he was master of which were as much his as they were DVV’s. It was also around this time that John did a couple of solo ‘concerts’ where he talked about his time in the Magic Band and illustrated it with solo drum performances of well known ‘Drumbo’ pieces.

Since then John has embraced being Drumbo and with other Magic Band alumni has celebrated DVV’s music in a series of stunning reunion shows. It is from this recent re-emersing himself in Don’s music that City of Refuge has its roots.

John started to write his own material in an attempt to give the Magic Band an extra dimension to their repertoire rather than playing Beefheart covers. But I think he realised fairly quickly that the other Magic Band guys wouldn’t necessarily want to play his compositions so he began to think in terms of a solo album using hired hands. But what hired hands … all are ex-Magic Band members! The two guitar lead duties are taken by Bill Harkleroad (Zoot Horn Rollo) and Greg Davidson (Ella Guru), with Mark Boston (Rockette Morton) on bass and John Thomas on keyboard bass. 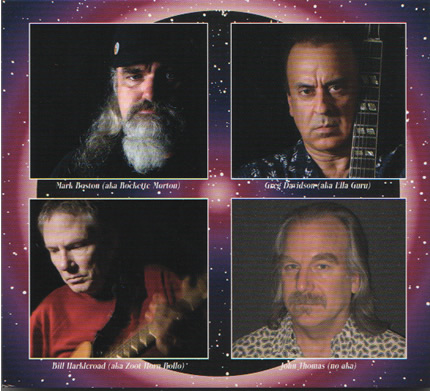 This album has taken four years to get released. I remember John sent me a CD of some early demo versions (all the released songs apart from the title track) on which he played all the instruments on what were then rough sketches back in early 2005. There was then a hold up by Proper Records who delayed the release by a year or so.

All the music was recorded by John travelling around the US to visit the other guys and then mixed and engineered by John Thomas. This was no big bucks operation but the end result is pretty damn good.

It crashes into the first song as if it’s in a hurry and can’t wait for the recording to start. And there’s pretty much no let up from there on in. The intensity and urgency is maintained throughout the 12 tracks

After the first few listens the stand out tracks for me were:-

City of Refuge – this is probably THE key composition for John. It begins with a lyrical piano introduction which sets it apart from the rest of the album as it’s the only quieter piece before the full band joins in at full throttle.

The Withered Hand of Time – arguably the most ‘Beefheartian’of all the songs on here with John reciting some lines in a wonderfully ripe Beefheart/Howlin Wolf voice. There’s an expansiveness about this track that for me sets it apart from the others.

Get so Mean – which lyrically seems to be a close cousin to ‘Crazy Little Thing’. But it’s much more than that with the twin guitars bouncing off each other throughout the song.

Bogeyman – the catchiest song on here. If someone were to pick a single (which is pretty unlikely) it would probably be this.

But the more I listen the more I hear. There’s something of interest in all the songs especially if you like two guitars playing against each other … the guys even get a chance to solo too. John’s drumming and harmonica playing are as good as ever with few cliche rock parts, he even plays some sax on here too (but in a much more restrained way than Don ever played!). His voice is not as expressive or as varied as Don’s (sorry but the comparison is inevitable) so sometimes it works while at other times it’s slightly strained but he always sings with passion and conviction.

On one hand this album can be seen as John taking possession of elements of the Beefheart sound that he was so instrumental in creating on Trout Mask Replica (through transcribing, arranging and playing). While on the other it can be seen as an ‘homage’ to Don van Vliet, a man he still has great respect for despite Don’s, at times, appalling treatment of him. It’s also about John finding his own ‘voice’, one that he feels comfortable with.

I am sure there will be some who will condemn him for daring to create an album that draws heavily on the Beefheart sound. Let them say what they want but if anyone is entitled to do this then it has to be John French.

John has now put together a band of local musicians with the intention of touring the music on this album. Let’s hope he has better luck with agents than the Magic Band reunion did.