Lick My Decals Off, Baby discography 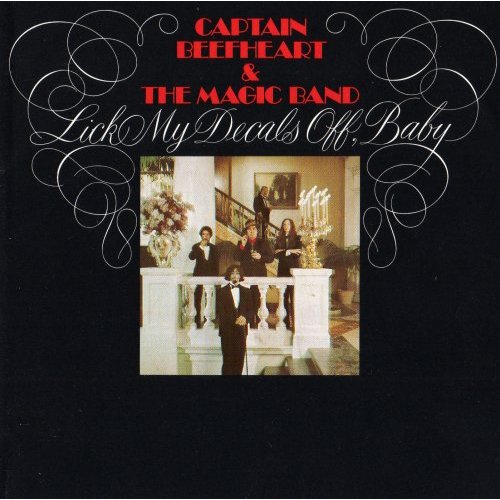 This album had lyrics that came with it, however, they do not exactly match the songs sung. The lyrics shown here are the written ones from the album sleeve.

Included are also other songs / poems that are not sung on the album but are written inside:

Reproduction of a Don Van Vliet painting included on the sleeve. 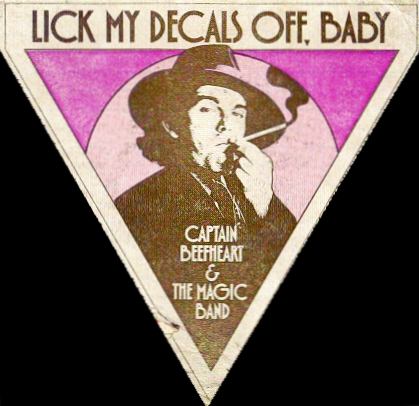 This is an alternate cover to the album.

The cover photo shown at top was shot on the set of the Warner Bros. movie “Hotel.”

Often regarded by fans to be the Magic Band’s finest album, despite the towering reputation of its predecessor, Trout Mask Replica. Lick My Decals Off Baby is an astonishing achievement, and closes their most experimental and visionary stage.

The songs are stunning – some are even ‘catchy’ in a strange, warped, Beefheart way; pop but really not as we know it. The opening line seems to address this very point by referencing and subverting a simple Beatles reference:

Rather than I want to hold your hand I want to swallow you whole.

Now that’s a statement of intent. And the album does indeed leave us feeling swallowed whole by a benevolent monster; ever so slightly bruised and semi-digested but strangely at home.

It’s been unavailable on CD ever since 1991; a confusing and frustrating situation – would Sgt Pepper ever be treated like this? However its hard-to-find status has helped enhance its mystery which occasional vinyl-only releases and digital downloads have been unable to shake off.

Trout Mask Replica may be regarded as Beefheart’s greatest masterpiece for good reason but Lick My Decal Off, Baby is where it all really gels.

A television ad was created and screened – view the ad and read about its controversy.

Radio spots were also recorded and issued to DJs on 7″ vinyl. If anyone is able to provide recordings of these for me to add to the site please let me know.

Purchase Lick My Decals Off Baby

Lick My Decals Off Baby releases

View the Radar Station’s full information about the various editions of Lick My Decals Off Baby which have appeared over the years.