Originally from Salem, Illinois Mark’s family moved to the High Desert town of Lancaster in California in 1963. His father worked in a local grain factory and also played bass as well as steel guitar. This perhaps explains Mark’s ability on the bass – he’s one of the few rock bassists who really know how to use the instrument.

By 1966 Mark was playing bass in John French’s Blues In A Bottle band alongside Jeff Cotton on guitar. He also played in B.C. & The Cavemen with Bill Harkleroad on guitar.

French, Cotton and Harkleroad all got their call up to the Magic Band. Finally Mark was offered an audition after bass player Gary Marker decided against a full time stint in the band. Mark had expected to be playing the blues based stuff he had heard from the Magic Band and wasn’t prepared for the shock of the Trout Mask songs; but as he’d managed to strum along to ‘Steal Softly Thru Snow’ all the way through, which was better than anyone else had done, he was given the job! 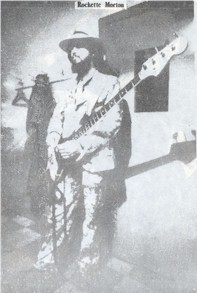 Choosing the name Rockette Morton, Mark developed his own aggressive style of bass playing using three metal fingerpicks and a standard flatpick that shredded the wooden guitar body. His bass solo, complete with metal toaster strapped to his head, lighting up a Rio Six cigar and his irrepressible energy were an unforgettable part of many Magic Band concerts.

From 1969 to 1974 he and Bill Harkleroad were the mainstays of the Magic Band until the lack of money and Don’s failure to recognise their contribution forced them to quit.

Along with Bill he formed Mallard playing bass and guitar as well as singing. But when Mallard folded he seemed to disappear from sight, although with his recent reappearance information about his whereabouts during this time is coming to light…

He drifted around the Lancaster, Fresno and Porterville areas playing in any number of local bands until he hooked up with an old friend, drummer Michael Traylor. Together they formed a band called Duck (!) and toured army bases in the US and abroad in 1980 playing mainly Top 40 material.

In the early 1990’s they moved to Nashville but found the scene difficult to penetrate and only managed to get a few scraps of session work. However, he found a steady gig as bass player for country singer Leon Everette, which is how he ended up moving to Aiken, South Carolina (Everette’s hometown). It’s here he has settled, installing alarms for a day job, watching the night sky through his telescope and setting up Bomark Studios with his share of the money earned by the ‘Grow Fins’ boxset.

The Magic Band reunion has kicked his playing into gear again and the ‘Love Space’ album was the result. 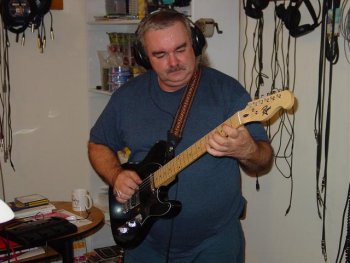 Thanks are due to Jeff Calder’s excellent interview with Mark – The Ring of Rockette Morton in Stomp and Stammer (October 2002) – for much of the current information. (Visit www.stompandstammer.com) 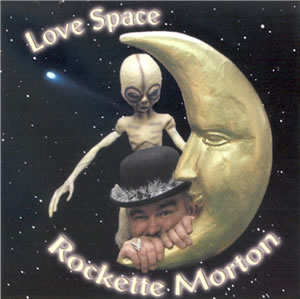 Mark sings and plays all the instruments on the album (apart from piano and sax). As Mark puts it:

After some false starts and setbacks over the last 20 years, I finally got the means to develop and record the songs that have been in my head and my heart all this time.

Don’t expect anything too far out though. The instrumental that includes a ‘special appearance by Mr Zoot Horn Rollo’ is the most adventurous piece on the album. There are 11 songs with a country tinge which is not surprising considering the music Mark’s been playing for the last few years. Although Mark doesn’t have the strongest of singing voices he sings these engagingly enough and some of the songs definitely stick in your mind. 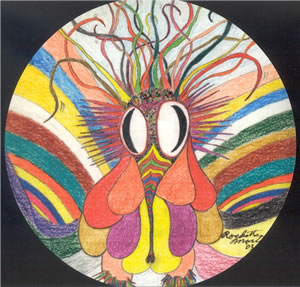 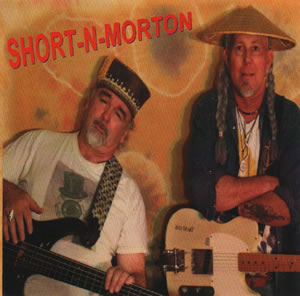 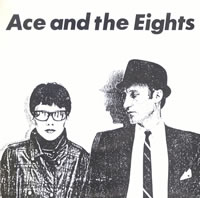 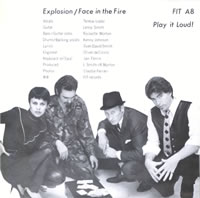 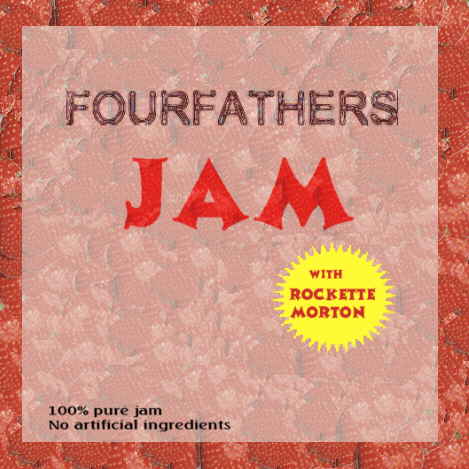 The Hive of Dukes