The great John Peel’s record and memorabilia collection is, sadly, in the process of being dismantled. On 14 June 2022 two hundred items will be auctioned by Bonhams, the London auction house, under the heading Live In Session. Property From The John Peel Archive

There are a few Beefheart related items which are of interest.

Firstly, there is An Acetate Recording Of The Album, Strictly Personal, described as : 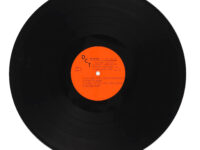 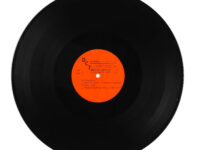 My initial thought about this was, could it be an early mix of the album before the ‘bromo-seltzer’ was added. That would be the Holy Grail of Beefheart collecting! However, John French is pretty certain that this would have been a copy brought over to the UK by Bob Krasnow in 1968 which means it is the final mix.

So, is there a connection between this acetate and the ‘One Stop’ version that has circulated – see article about this  – could this one actually be the source of the others? Which would mean they are not the unphased version either!

The auction notes include the following comments from, and about Peel :

Footnotes
“This is such good stuff. I weep for those who don’t know it”
– John Peel on ‘Strictly Personal’, International Times, 4 November 1968

Captain Beefheart & His Magic Band is an enduring example of John Peel’s ability to identify and celebrate musical artists who otherwise may not have attracted an audience in the United Kingdom. Having first heard Captain Beefheart in 1966, John Peel played his records on the radio in California and counted their gig at Whiskey A Go Go in Hollywood as one of the best that he had ever seen. He often played their music on his return to the UK on Perfumed Garden and Top Gear. In addition to performing two sessions in 1968, Peel even introduced the band at their first ever UK concert at Middle Earth in London (formerly the Electric Garden) and Peel took much pride in having driven Beefheart around the UK to their various gigs on that tour. Captain Beefheart retired from music after a dozen studio albums, but John Peel continued to celebrate their music regardless: no fewer than three of his tracks were selected for John’s Peelenium (‘Sure ‘Nuff ‘N Yes I Do’, 1967; ‘Pachuco Cadaver’, 1969; ‘Big Eyed Beans From Venus’, 1972).

Another auction item is Four Acetate Recordings 1968, described as : 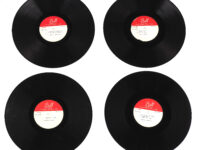 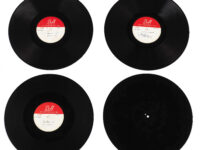 The existence of these acetates is intriguing. They include tracks that were all recorded in November 1967 as part of the ‘Mirror Man Sessions’ and were not released until the Mirror Man album of 1971 or the I May Be Hungry compilation of 1992. So why were they put on acetate and dated 17 October 1968? Who did this and why were they sent to John Peel?

Further notes in the auction catalogue :

“If there has ever been such a thing as a genius in the history of music, it’s Beefheart”
– John Peel in Captain Beefheart, M. Barnes, 2000

In addition to the timestamps written by Peel on the vinyl labels (a practice seen on many of John’s records from his collection), the track ‘Tomorrow’ is annotated below ‘Gimme That Harp Boy’ and ‘Moody Liz’, as it had presumably been omitted from the label printing. The four records are each dated 17th October 1968, and contain early tracks from numerous Captain Beefheart albums including: ‘Teroplane’ released in 1971’s ‘Mirror Man’ as ‘Tarotplane’; ’20th Century Quaker’ which was later released as ’25th Century Quaker’; and the rare ‘Korn Ring Finger’.

There are two other Beefheart related items in the auction but they are pieces of artwork rather than rare acetates.

One is this piece of classic psychedelic artwork – The Perfumed Garden: The Original Artwork By Ken Hayes Created For John Peel’s Article In The Magazine ‘Gandalf’s Garden’, 1967, 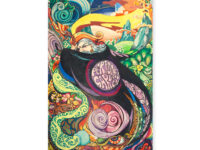 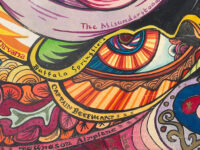 gouache on artboard, hand-painted by Ken Hayes (Graphics Dept) as an illustration to accompany an article by John Peel in Issue No.1 of the sub-culture magazine ‘Gandalf’s Garden’. The centrepiece of the artwork reading John Peel all at sea in the galaxy with the names of bands such as The Beatles, Jefferson Airplane, Captain Beefheart, The Rolling Stones, The Byrds, Dylan, The Velvet Underground, Pink Floyd and Donovan among others in the design around it, signed and dated ’67 by the artist in the bottom right corner, the back of the board with a handwritten football score Chelsea 1 – Liverpool 2, 14 1/2in x 24 1/2in (37cm x 62cm)

The final item up for grabs is an original Wes Wilson poster for Captain Beefheart’s appearance at the Fillmore in October 1966. 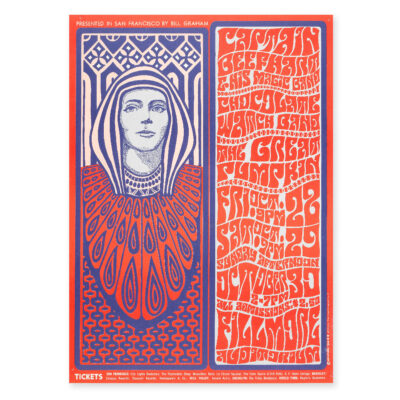 I hope these amazing items go to good homes. I’m just sad I can’t afford to bid on them!