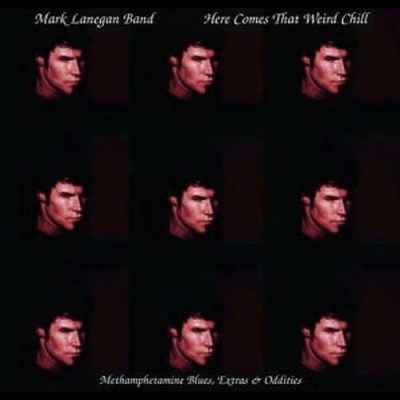 Ex-Screaming Trees and Queens Of The Stone Age frontman, Mark Lanegan has put his own band together. Originally intended as a single from the album this release has grown into an 8 track EP of session out-takes that includes a version of ‘Clear Spot’.

Thanks to Dave Crunelle for telling me about this one.

Andrew Lange does a fine energetic one-man-band version, playing guitar, bass drum, snare drum and high-hat. It’s on Youtube if you want to take a look. Based in New Jersey he plays guitar with a band called Demon Jr who have also covered a Beefheart song

2011 CD Stranger Me on Archer Records 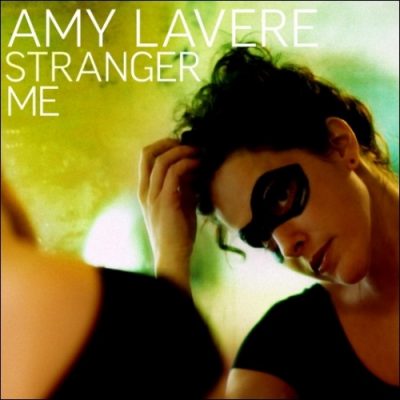 As far as I’m aware this is the first cover of this particular song to be released. Amy LaVere is beginning to build quite a reputation for herself on the Americana scene playing upright bass. On this she sings in a little girl voice with little emotion. The song itself does float along in an interesting way held together by drums and bass and cut through by treated guitar (?) and other electronics 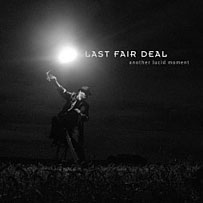 A band from Boston make a good attempt at this song recorded at O’Brien’s Pub, Allston, MA 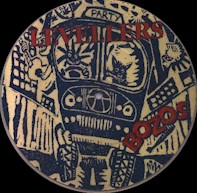 A very nice picture disc for the vinyl release. Apart from the wailing violin instead of wailing harmonica, and a heavy bass hum, this is a pretty straight cover although it does have folk-rock undertones. Bit of a change from the usual stuff the Levellers attempt.

Be careful if looking for a copy of this as there is another ‘Bozos’ CD single release which does NOT include ‘Plastic Factory’ – it has a cover of The BeeGees ‘New York Mining Disaster’ instead.

Thanks to Simon Wall for letting me know about this one.

A young semi-pro musician from Atlanta and Beefheart fan Matthew Lewis has produced some stunning cover versions. Not only has he got the music right but he’s also managed to get the production ‘sound’ of many of the songs spot on. Some of these covers could easily fool people into thinking they’re out-takes or alternate versions from the original sessions.

He has also done versions of the Howling Wolf songs ‘Evil’ and ‘Somebody Walking In My Home’ that the Magic Band covered.

Check out the covers at Matthew’s
MySpace site 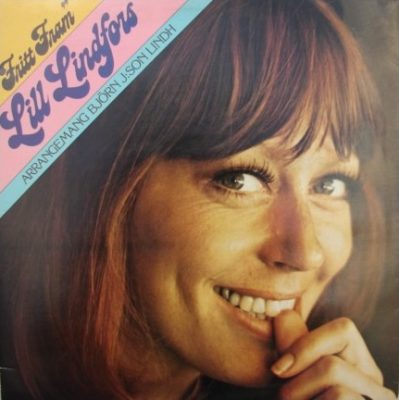 Blajeans och Stjarnljus! A straightforward cover of this song but it has been translated into Swedish. The only foreign language cover at the time. There have since been some others.

The Tillbakablick album is a ‘best of’ collection.

Great name! A revved up rocking rendering of Plastic Factory with distorted vocals breaking in for the chorus. Led by Lisa Cohen, the ‘jewess with the mostest’, this band have been described as ‘Motorhead with tits’!

The title has been shortened but this is Zig Zag Wanderer. Sorry, but I have no info about this band

A previously unissued Beefheart instrumental that appeared on this fascinating retrospective of Lucas’ career along with a live Magic Band track.

2000 webcast live at Dingwall’s, London for BBC radio ‘Mixing It’

Lucas started to play this but, unfortunately, decided to abort it. He has played it live (all the way through) at other shows though.

There are, however, many other live recordings of Gary during this tracks as it’s a regular feature on his setlist. 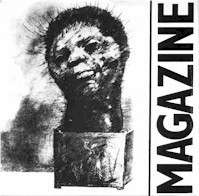 The 3CD retrospective, Maybe It’s Right To Be Nervous Now, includes two versions of ‘Dummy’; one is the original single, the other is from a John Peel radio session recorded in July 1978.

Howard Devoto takes some liberties with the lyrics but it must have been a favourite of his because he had also covered it when still with The Buzzcocks. And in 2009 the band reformed for a reunion tour on which they also played ‘Dummy’ … often as an encore.

The remains of the Magic Band who quit in 1974 got togther as Mallard and with financial help from Ian Anderson of Jethro Tull recorded an album of mainly originals. They did, however, also include this gentle and atmospheric version of the classic Beefheart instrumental although Don would probably not approve. He called them ‘a bunch of quacks’ and they gave the composer credit for Peon to Donald Vliet!
See the Mallard page for more info. 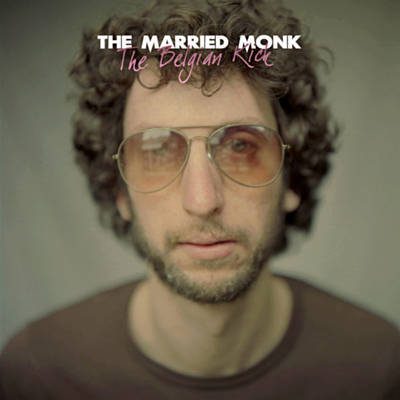 A saxophone adds an interesting element to this cover by a French indie band. Midway through the song there’s an instrumental break with off-kilter drumming and some polite sax freak-out. Overall this has a certain charm to it. 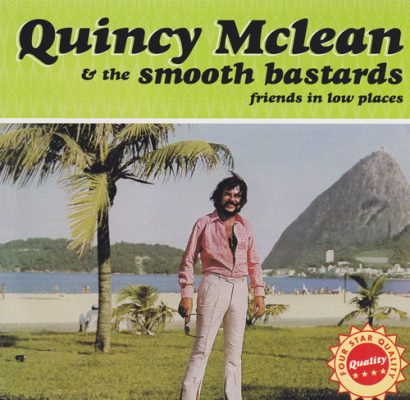 Thanks to Derek Laskie for digging this one up

2005 Canadian CD There Will Always Be a Salesman 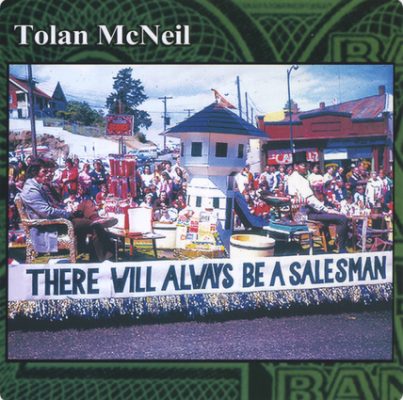 Apparently this is the second solo self-made album from a guitarist based in Victoria, Canada – “Made for about 18 bucks on all kinds of noisy machines”. The first cover (that I know of) of this poem from Ice Cream For Crow, has been given a woozy organ and insistent bass accompaniment.

Men & Volts started out as a Beefheart covers band in 1979/80 before deciding to write and record their own material. Check out their albums and you’ll hear echoes of the Beefheart influence.

None of their Beefheart material was released at the time. However, for a while David Greenberger was selling seven CDRs of material via his Facebook page. After being pestered by Bryon Coley he finally gave eleven of the recordings up for inclusion on a vinyl only release A Giraffe is Listening to the Radio in 2017. 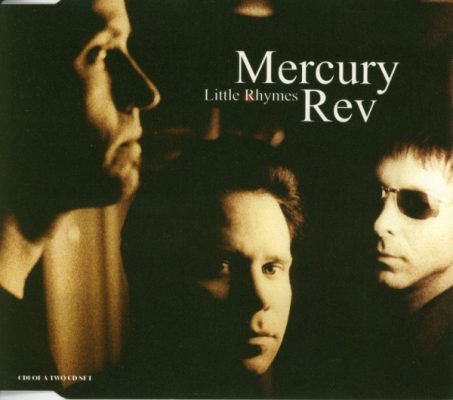 The Mock Turtles originated from Manchester, England. The band’s lynch-pin was singer/guitarist/songwriter Martin Coogan. They had reasonable success between 1987 and 1991 which included a UK hit single, ‘Can You Dig It?’ (resurrected in 2003 for a mobile phone ad). They have also appeared on several of the Imaginary label’s popular tribute compilations (covering Syd Barrett’s No Good Trying, the Kinks’ Big Sky, the Byrds’ Why and the Velvet Underground’s Pale Blue Eyes).

It seems they knew of Beefheart but didn’t particularly know his songs – which, maybe, explains why Mr Zoot Horn Rollo is still asked to play that long lunar note on this cover!

The Party Of Special Things To Do

This live performance was recorded for posterity and can be found on YouTube – http://ca.youtube.com/watch?v=qqneBEZ164U

The Mongrels from Canada play for fun, their motto being “None of the hits, all of the time!” 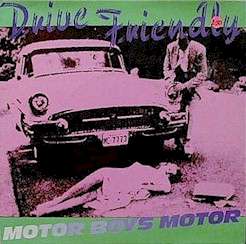 This cover starts off with the ‘squid eating dough’ quote and then kicks into a cool, almost reggae-like, version of ‘Fins’. They’ve added some of their own lyrics at the beginning too. 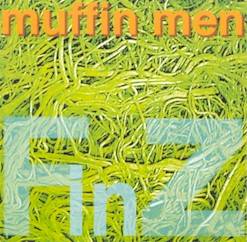 1993 CD Say Cheese and Thank You on Muffin Records

The Muffin Men are an excellent Zappa tribute band based in Liverpool who have had Jimmy Carl Black join them on vocals in the studio and on tour as well as Denny Walley sitting in with them. A feature of their live set is a Beefheart segment which usually includes the above tracks and ‘Evil’ (the Howlin Wolf song played by the early Magic Band).

The ‘Muffinz’ CD also includes a cover of ‘Poofters Froth Wyoming Plans Ahead’ (written by Frank Zappa) which Don sang with the Mothers on the Bongo Fury tour and with the Magic Band on the autumn/winter 1975 tour.