A compilation album of material played on the French TV show ‘Taratata’. It looks like bands were encouraged to play together hence the ‘duos’ part of the album title. The song is actually listed as ‘Zig Zag’.

Native is a French soul and funk band, they are two French black sisters Laura and Chris Mayne and The Silencers is a Scottish rock band. This was recorded on February 15th, 1995 and broadcast on March 24th, 1995 on French second channel.

You can see a video of this on www.mytaratata.com

Thanks to Daniel Mercurin for extra information about this one. 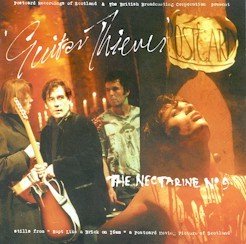 Tackling a difficult song Nectarine No.9 come up with one of the more inspired cover versions around. Originally recorded for a John Peel radio session in March 1993.

A ‘sort of’ tribute band who have changed their name to Doctor Dark.

His Eyes Are A Blue Million Miles

The legendary ‘Plunderphonics’ exponent takes the ‘Decals’ album and mixes it down to one track. Absolutely fascinating.

From a bizarre various artists compilation of covers by alternative bands on the SST label.

A US horn heavy Beefheart tribute band with a girl singer. I think they’re based in the San Francisco Bay area and have only found these two songs by them on Youtube 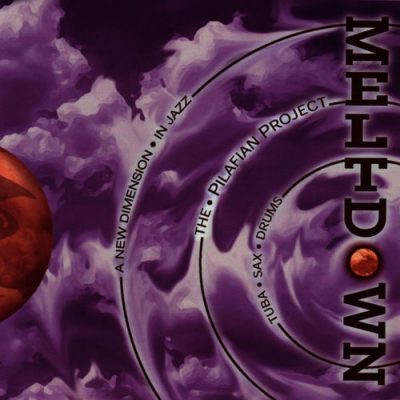 An intriguing cover by a trio – sax, tuba and drums – sounding at times like a Zappa out-take from ‘Hot Rats’ (yes, honest!). Listed under ‘The Rock n Roll Sphere’ the track is described as ‘A rock sound picture of what Salvador Dali saw while driving his car!’.

There are, in fact, two versions. The main one is 2:01 long and there is also ‘the rush hour mix’ which, with more improvisation, runs to 5:40.

The Pilafian Project has a mission to blend different
musical styles into a singular listening experience … Whether
jazz, rock or classical in style the source music chosen for each
track provided a springboard for creativity.

Other composers on the CD include Ornette Coleman, Theolonius Monk, Bela Bartok and Maurice Ravel. An interesting collection. 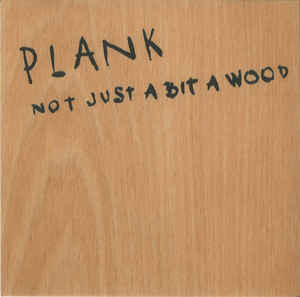 Has a thin wood CD insert!

Recorded as part of a session on the Have You Heard website. Pontiak are a group of three brothers from Virginia – “We are not eclectic, nor are we fusion. The truth is, I can’t say what kind of music we play”. 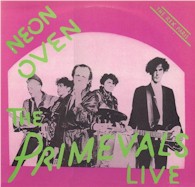 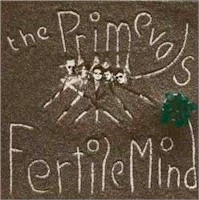 The Primevals were formed in 1983 by Michael Rooney. Former member Tom Rafferty described them as ” a rock & roll band steeped in American music, blues, jazz, rock & roll, – the Clyde is their Delta”.

They have connections with another Scottish band, the Beat Poets who also appeared on the tribute album. See The Beat Poets entry for more information about the two bands. 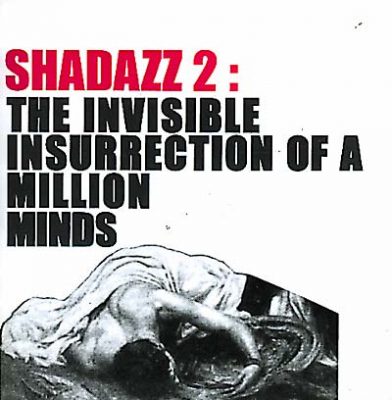 A “sleazy electro rework” of “Hothead” by Pro Forma on the Scottish electro compilation “Invisible Insurrection Of A Million Minds” (this title quotes Alexander Trochii, Scottish novelist, poet and polemicist).

A guitar duet of Dali’s Car with a hint of the intro to ‘When It Blows Its Stacks’ thrown in for good measure. Like the video too.

UK band perform these covers live now and again. They had the honour of supporting The Magic Band in 2005 when they played The Rock Cafe in Stourbridge in the West Midlands.

2006 US CD Puttanesca on Catasonic Records 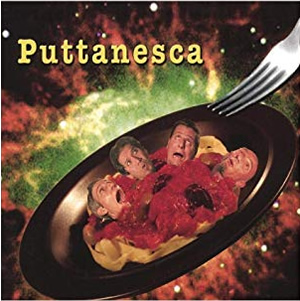 Jazz, funk blues. More about how the band tackled this song can be found on the blog. 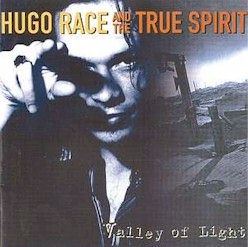 Former member of Nick Cave’s Bad Seeds Hugo Race has been releasing albums regularly since the late 80s. This is a good cover but there are no surprises.

Rock band from New Orleans into some jamming and relentless touring, and have a thing about fish. They have played ‘Grow Fins’ on a number of occasions over the years … the versions I’ve heard are quite short (about a minute or so in length) and are part a medley of other songs which oddly includes Land of a 1000 Dances 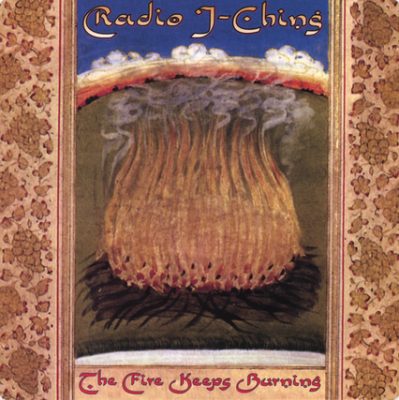 A five minute jazz instrumental interpretation led by Andy Haas’ sax. I have to be honest and say that I wouldn’t have recognised the song if I hadn’t known what it was. There were some themes or motifs that might have got me thinking that it was something I should know. Perhaps someone with a better jazz understanding than I have could explain what it is they’ve done here. 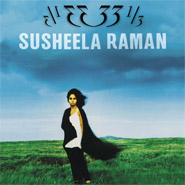 Born in England of Indian parents and seemingly working in France a lot Susheela’s influences are wide ranging. This album of covers is an eclectic mix – anything with a Beefheart song has to be that anyway – but this also includes songs by Velvet Underground, Can, Bob Dylan, Throbbing Gristle and Jimi Hendrix amongst others. An excellent album.

Find out more at http://www.susheelaraman.com

The first attempt to cover this song that I’ve come across and Phil Reavis really goes to town on it. This is a ‘Trust Us Suite’! It lasts for just over 17 minutes and is broken down into seven sections:

2006 live at the Globen Arena, Stockholm

John Frusciante and Flea attempt to play Peon. In fact, they have several attempts at it … and give them their due they keep at it, and it ain’t half bad. You can check it out on Youtube

The Rogers Sisters are Jennifer on guitar, and Laura on drums, along with (non-sister) bassist Miyuki Furtado. A pretty good, straightforward cover of ‘ZigZag Wanderer’, with a hint of The B52’s. They also play the song at live shows.

Yes, the Roger Ruskin Spear of Bonzos fame does a ‘sort of’ cover of Dropout Boogie on this rare 4 track vinyl ep. It may also have been added to the CD release of his ‘Electric Shocks’ album but I haven’t been able to confirm this