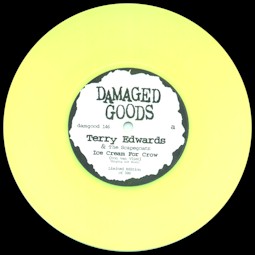 Saxophone player honks his way through ‘Ice Cream For Crow’ in a sort of punk/rockabilly style on a limited edition (500 copies) yellow vinyl. Manically good fun.

An interesting album this one but I can’t help thinking that something’s missing on ‘Frying Pan’ … oh yeah, the vocals! Why did they choose this one when there’s other tracks that would stand up better as instrumentals? Shouldn’t it be Erik 4-A and the Requiems!

“I had a version of ‘Frying Pan’ with vocals
but in order to get it on the compilation I had to mix them out
(as it was an instrumental tribute comp). Don Van Vliet is an excellent
Harp player and that song is an example of his early blues harp
work with the Magic Band. I feel I did him justice with my version.
I also had help from Evan Foster and Joel Trueblood of the Boss
Martians. Hopefully this explains the situation for you.”

Thanks to Erik for the explanation … and I agree he does justice to the song. Are there any labels out there willing to release the version with vocals? I wanna hear that too! 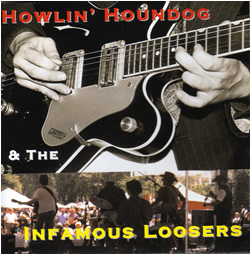 Yes, the vocal version finally got a release on this collection of ‘surf, garage, rockabilly tunes’ compliation CD available with issue 12 of the Continental Magazine from Bellingham, Washington. This is Erik 4-A but under the moniker of Monkeys With Machine Guns.

It has also been collected on the Ruff Mix album of songs recorded over a number of years and under a variety of names. The CD is credited to Howlin’ Houndog & The Infamous Loosers – another of Erik-4A’s aliases.

A largely acoustic version – without any slide guitar, which is kinda strange but a nice take on the song nonetheless.

Erik also includes an incomplete version titled ‘Mo Strang Breakin’, which, as you can probably guess, finishes prematurely due to a breaking string.

Everything But The Girl

My Head Is My Only House Unless It Rains 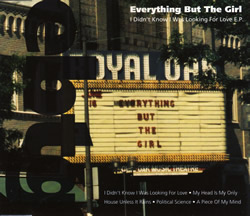 The EP is a bit of a rarity – it took ages to track down a copy. A pretty straight cover here done in the inimitable EBTG style. The other tracks on the EP are ‘Political Science’ and ‘A Piece of My Mind’.

Thanks to Dave McDowell for letting me know about this cover. He added:

“Some years ago, against my better judgement,
I went to see Everything But the Girl play on a Sunday afternoon
in the Everyman cinema in Hampstead. Dozing gently, I came back
to life when they kicked in to “My Head is My Only House”
of which they did a fine job.”

Legendary band, The Ex, played a few concerts around European cities in 2002 as The Ex Orkest performing a mixture of jazz, rock, and noise. Much of their performance was improvisation although they did include some conventionally structured pieces including this Beefheart instrumental.

(Note: torrents of their Zurich and Amsterdam shows are/were available on Dime)

Listen to Suction Prints on YouTube from The Ex at Bimhuis 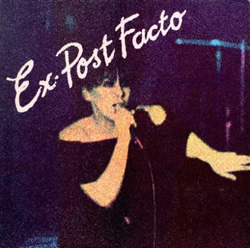 A live album recorded at Mr Pickwicks in Liverpool, April 1984. This is the only song not written by the band, and is listed as ‘Blue Million Miles’. They probably didn’t rehearse this enough because they don’t really get to grips with it at all – the backing is all over the place and the girl singer doesn’t know what she wants to do with it.

My Head is My Only House Unless it Rains

Peel’s favourite band do a cover of Peel’s other favourite band! Mark E. Smith has awful trouble with the lyrics resorting to making them up or just mumbling more than usual. Great fun none the less!

This cover made a regular appearance during the band’s 2015 tour. Mark E. Smith’s grasp of the lyrics is slightly better than ‘Beatle Bones…’ but not by much.

were played live at various venues. 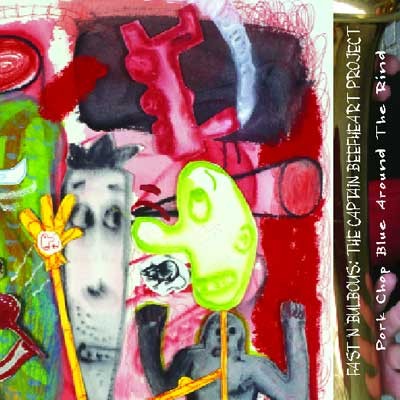 A seven piece tribute band with jazz leanings led by sax player Phillip Johnston and including Gary Lucas in their line-up.

???? UK Cassette Bood on the Frets on Indie-Pendant Blues IB006

That’s as much as I know about this one. Can anyone help?

An Aussie band that i know nothing about. 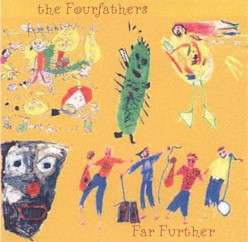 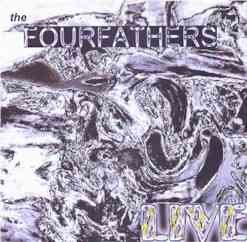 The closest thing we have to a UK Beefheart tribute band. The Fourfathers are an amateur band who play live intermittently. Their love of Beefheart is obvious from the covers but also is evident in their own compositions. They have covered other Beef songs too including “China Pig”, “Beatle Bones…”, “Tropical Hot Dog Night” and even “Autumn’s Child”! Try to see them if you can – for more information about the band check out Benjamin Horrendous’ website.

A very rare solo performance (and a drum ‘clinic’) by Drumbo which included him talking about his experiences with the Magic Band. This hasn’t been officially released but tapes do exist. 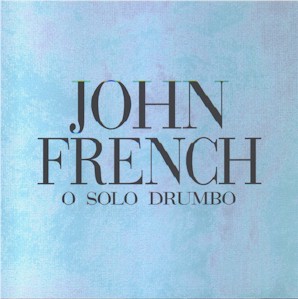 A fascinating album by John French of just solo drum pieces produced by Henry Kaiser. With many familiar rhythms for Beefheart fans.

Who Do You Think You’re Fooling? 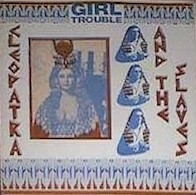 The band also do covers of songs by Neil Young and Love on this short live album. 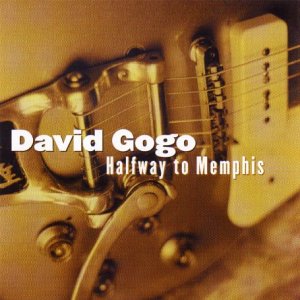 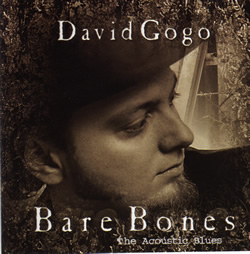 Some good covers here from a guy who plays mainly blues. He gives ‘Crazy Little Thing’ an acoustic outing. Other songs on the Halfway to Memphis release include a number of blues that also have Beefheart connections – ‘Rollin n Tumblin’, ‘Smokestack Lightnin’ and ‘Wang Dang Doodle’.

“Captain Beefheart fans are a bit cultish, […]
Lyrically ‘Frownland’ is an amazing song and I kept the music exactly
the same. Besides if you’re going to do a cover, you got to do an
oddball cover. I turned that into a Bruce Springsteen song.”

I have found no information about this band nor any releases of this song apart from its inclusion on the tribute album.

This Danish band claim influences of Beefheart, Tom Waits and R L Burnside so you get a good idea where they’re coming from. This slightly slowed down version of Grow Fins with distorted lead guitar was available on their MySpace site before MySpace deleted loads of content.

My Head Is My Only House 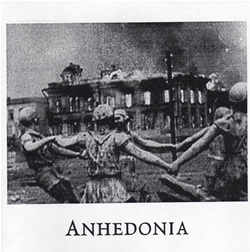 I know nothing about this band apart from there being five of them and they hail from Arizona.