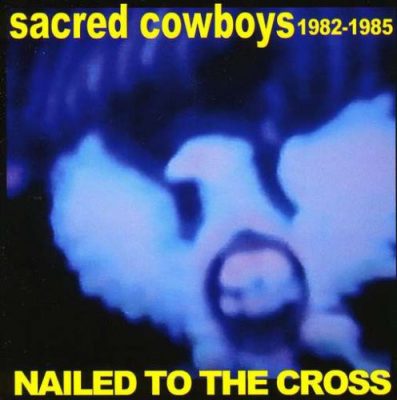 The Sacred Cowboys played a tough rock tinged with country and were part of the healthy Aussie scene that also included The Scientists and The Beasts of Bourbon.

Included on as this CD as track 0, a pre-gap hidden track 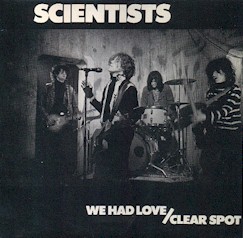 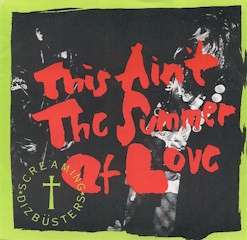 The Screaming Dizbusters were actually the prolific Swedish band The Nomads who have been recording since the 1980s.

A dramatic and stark rendering of this song with minimal piano accompaniment. Excellent in my opinion.

Unfortunately, I have not been able to find any details about this recording or the band. It does exist because I have a copy from when it was played on a Canadian Radio Beefheart Tribute show in 1983.

2009 US CD Lemons on Goner Records

San Francisco based Ty Segall produces a fine raucous guitar and drum lo-fi psych sound that doesn’t overstay its welcome (the whole album clocks in at just over 26 minutes!). Dropout Boogie is played fast and straight ahead except for the waltz-time breaks which are super-slow.

When asked by Andre Torrez in a San Francisco Bay Guardian interview why he’d chosen to record Dropout Boogie Ty Segall simply replied “Beefheart rules.” And Torrez continued that Segall “can’t give the psych-blues band enough praise, citing them along with the Pretty Things and Piper at the Gates of Dawn-era Pink Floyd as major influences on his current reverb-rich sound.” 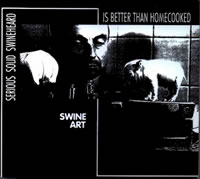 ReR Records describe this album as:

ReR also describe another of their albums as containing:

Pretty good indie/grunge rock take on ‘Plastic Factory’ from this Californian band who may have their tongues firmly in their cheeks for some of the other songs on the album. Worth checking out!

According to an interview online with guitarist Adrian Carroll at the Washington City Paper on 30 January 2008 the band “started to feel like we were being perceived as a country or rockabilly band, but we’ve always been interested in a lot of other things,” says Carroll. “We all liked Beefheart. The words are really simple and beautiful – there was a circular pattern to them.” The song also motivated Shortstack to rock out a little harder than before. “Previously our drummer [Scott Gursky] played with brushes. He pretty much exclusively plays with sticks now. It made the band louder—that’s what attracted us to it.”

This Is The Day 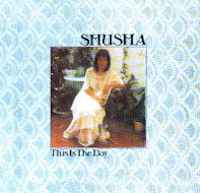 Iranian born, educated at the Sorbonne in Paris and relocated to London in the 1960s Shusha Asa is very talented – a singer, composer, author and documentary film maker.

Apart from releasing albums based on Persian music in original settings as well as jazz-rock arrangements she has also issued over the years a number of more commercial albums featuring her own songs alongside covers of Woody Guthrie, Joan Baez, Chuck Berry, W.B.Yeats, William Blake, Shakespeare and Ted Hughes.

At times like Sandy Denny with a slight French accent she makes a stylish folk rock sound. It doesn’t always work but her cover of ‘This Is The Day’ is perfectly charming.

Another minor Beefheart connection is that the piano player on the ‘This Is The Day’ album is John ‘Rabbit’ Bundrick who also played on the first Mallard album. 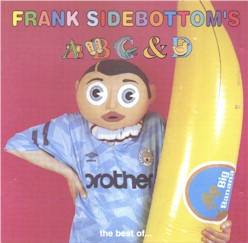 The tracks are actually listed as ‘Mirror Man, Mirror Puppet’ and ‘Gimme That Harp, Little Frank’ and done as a medley. To save room on the CD they were recorded in one channel with a totally different song recorded in the other!

On this release we get the full stereo version.

Frank Sidebottom, with his large papiermache head (a bit like a friendly version of a Resident!), was the alter ego of Chris Sievey, one time member of the novelty punk band The Freshies who are probably best remembered for the song ‘I’m In Love With The Girl At The Manchester Virgin Megastore Checkout Desk’. Chris sadly died in 2010. A film loosely based on his life called Frank was released in 2015 and his behaviour towards his band members brought comparisons with Don’s treatment of the Magic Band at the Trout House.

Screaming live version by this Australian no wave/post punk band. The female vocalist, Vikki Riley, seems to have been an interesting character who was sadly killed in a road accident aged only 50.

Upon The My Oh My

Sonic Youth stroll through this version of a stonking Beefheart song – I really expected better from them!

Apparently the now defunct Soundgarden played ‘Dropout Boogie’ as an encore at this concert. I don’t know if a tape exists or whether they played it at any other shows. 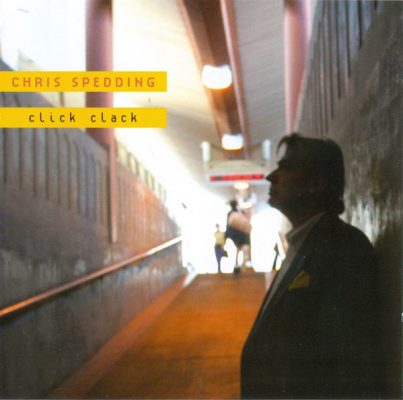 Well respected guitar-slinger Chris Spedding not only covers Click Clack as a slow blues but he also names the album after the song. The harmonica player is a certain Bryan Ferry.

Sure Nuff ‘n’ Yes I Do
Willie The Pimp

A no nonsense pub-rock band that recorded for John Peel’s legendary Dandelion Records (which, if I remember rightly, was named after his hamster).

Has anyone heard this? Know anything about the band?

Thanks again to Derek Laskie for finding the reference to it.

An Italian three piece released their 2003 mini-CD of covers which includes songs by Syd Barrett and Lou Reed as well as Beefheart. This version of Kandy Korn is driven by riffs rather than the two lead guitars of the original. The use of stop/start helps to build the tension in the song. It grew on me the more I listened to it. 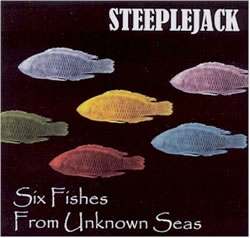 Guitarist and vocalist, Maurizio Curadi, is a Beefheart fan who has written a lengthy article about the Magic Band in the Italian fanzine Lost Trails. He also translated four of Don’s songs into Italian – Pena, Steal Softly Thru Snow, When Big Joan Sets Up and The thousandth and tenth day of the human totem pole – as well as recording his own versions of two of Don’s instrumental pieces.

KANDY KORN – this has always been one of my obsessions. A composition that has always amazed me for its strength, its colours, its inner transformations. For me Kandy Korn is the sonic correlative of a Van Gogh painting. Something that hits the nervous system, a real geometry of mind expansion. The coda is a timeless enigma. It was a natural choice for me to set Kandy Korn as an appearance in a sea of cicadas, in summer barley fields.

My comments are mainly visual, but I think you understand.

We recorded it almost completely live, then I did a guitar overdub and vocals. Maybe it has too much bass loudness, but I really like the result.

I’m a fan of the Strictly Personal period I’ve listened to these songs since I was 16-17. With Trout Mask, it was the first encounter with Captain Beefheart for me.

I’ve immediately loved those demented delta guitars, the African feel, the disturbing balance between tradition and atonality, the visionary strength. It has the power to make laugh and cry. Freightening and funny. But I don’t want to be boring. For all these reasons, and for many others unknown, I guess, it was chosen Kandy Korn.

STEEPLEJACK was formed in 1986 by Maurizio Curadi, after playing guitar singing and writing songs in seminal acid rock Italian bands such as Useless Boys and Birdmen of Alkatraz. Steeplejack has always been a strange anomaly in the Italian scene: visionary rather than psychedelic in the usual sense, the band has always followed an independent path with unusual spirits and sounds, mixing primitive delta blues with eerie songs. They recorded 2 LP’s (“Serena Maboose” in 1987, and “Pow Wow” in 1989 for Electric Eye Records) and 2 singles in 1991. After years of apparent inactivity, they reformed in 2000. At present they’re recording new material for a new cd, “Nameless City”. Find out more about them on their site – http://www.steeplejack.it/

A hardcore metal band with a singer who sounds really angry on this full-blooded assault on Ashtray Heart.

Josh Wartrip from the band told me:

“I know it’s already been done a few times, but we had wanted to do that song for a long time, and after hearing the White Stripes version we decided we *had* to try and do a better job ;)…. I don’t know if we succeeded…”

You can decide for yourself by checking out the MP3 at the bands website www.suburbanterrorproject.com or wait for the release of the single in late 2002.