By: Derek
In: Cartoons, In the press
With: 4 Comments

Scary Go Round, John Allison’s long-running internet comic strip, has this week turned its attention to The Captain Beefheart Story.

A warning caption states that this is a difficult and complex yarn and is not for weak minds. How true this is.

The notorious deal made between Don, Frank Zappa and the cat-starved Arabs is described in more detail than I have ever encountered, while the quotations from Captain Beefheart’s lyrics can only have been sourced from previously unheard out-takes in the Zappa vaults. All that being as it might or might not be, this is a compelling account of a story which all too often is taken far too seriously.

The Captain Beefheart Story is Scary Go Round Chapter 38. 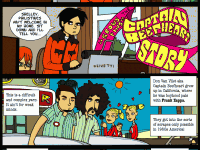 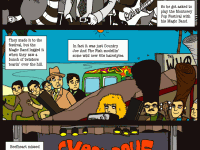 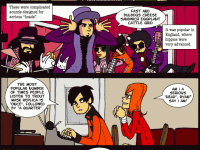 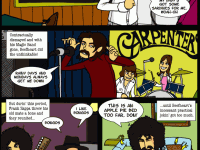 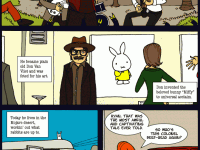 Thanks to Doug W. for letting me know about it.