The Lives & Times of Captain Beefheart (Somebody In My Home) 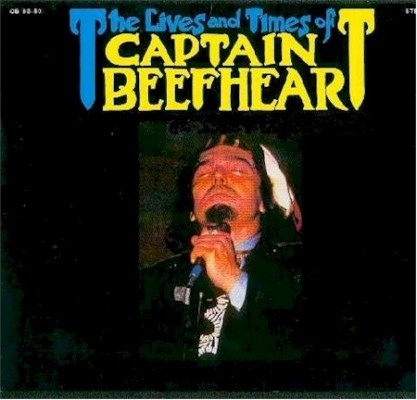 A single bootleg on CB63-80 (obviously referring to the dates of the recordings featured) is a predecessor to the double bootleg ‘Another Chapter In The Lives & Times Of Captain Beefheart’.

The front cover gives the title as ‘The Lives & Times Of Captain Beefheart’ with a subtitle of ‘Somebody In My Home’ (one of the Avalon tracks).

Its glossy cover is taken from the second edition of the mid-1970s book of the same name (by far more collectable I’d guess than the LP). The deluxe sleeve and label design gives it the desired impression of
an official release which was advertised quite openly in the past from various mail order companies for as little as £7.99! It would cost you a lot more to get hold of a copy these days.

The tracks are a mix of rarities played by Don and Frank Zappa on the 1975 radio broadcast, plus the live Avalon 1966 tracks, a very UN-Magic Band live instrumental and 5 songs from the 1980 Paradiso show.

The cover and the record number would be copied for the later unofficial CD release called Somebody In My Home which is a great version of the full 1980 Paradiso show.