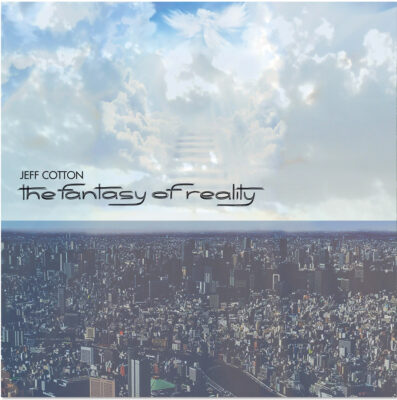 This is one review I thought I would never be writing but here we are. Jeff Cotton has released his first solo album after a 50 year break from the music business.

Jeff had already been a professional musician for several years before joining Captain Beefheart & His Magic Band in late 1967. He would go on to achieve legendary status amongst fans for his guitar work on Mirror Man, Strictly Personal and Trout Mask Replica. On leaving the Beefheart band he launched another band that would become legendary in other ways – the band MU.

After relocating to Maui with the band Jeff found the love of his life, had a religious conversion and made the decision to leave behind the world of recording and touring music to devote himself to his family. And so Jeff seemed to disappear from view causing many fans to query where he was, what he was doing and concocting their own answers to the many questions.

Although Jeff had decided to step away from the music biz roundabout he never stopped playing and creating music so when he determined that the time was ‘right’ he had a wealth of music to draw upon. This album is the result – quite possibly the first of many. 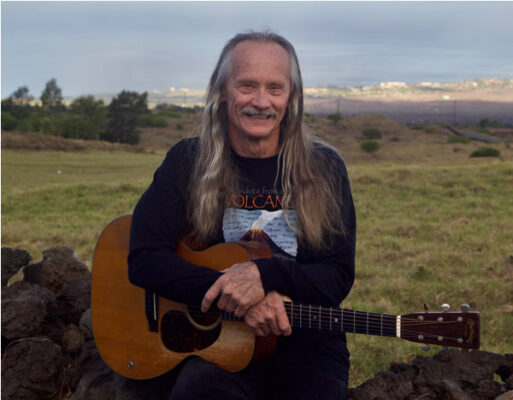 Recorded during lockdown it meant that Jeff was not able to have long time friend and bandmate, Randy Wimer, with him on drums. In fact, every instrument on the album has been played by Jeff himself, not just all the guitars but drums, harmonica, soprano sax and bass clarinet. Jeff has always been a natural and gifted musician and this album showcases his abilities. Jeff has also written all the songs with Randy’s help on some of them. It’s a mature, thoughtful album covering a number of different styles reflecting Jeff’s background, influences and interests.

Here are my impressions of the 22 tracks:

The excellent opening track Does It Work For You sets the scene and mood for the rest of the album. Jeff’s strong voice questions our perceptions of fantasy and reality while his signature slide guitar lines weave their magic. A powerful start.

It Never Ceases To Blow My Mind sounds like it should hark back to 60s and 70s which indeed it does as Jeff wrote this originally for MU but it was never recorded by the band. But here it is, and it stands the test of time but it catapults me back to that the first MU album.

Track three is Ivy. A solo guitar piece almost classical in style. It is an exquisite jewel of a piece. Simple, simply beautiful. What is not played is as important as that which is.

A complete change of style, Green Bamboo, may come as a bit of a surprise. It’s probably as far away from Beefheart as you could get. A light frothy concoction with obvious Hawaiian influences that may get stuck in your head!

He Made The Eagle showcases Jeff’s soprano sax playing with a great intro and solo. Sung in a deep serious voice, with a stop/start arrangement.

The first new music that Jeff released was the humorous Elvirus, a tongue in the cheek look at the effects of the Covid pandemic. Jeff uses his ‘toothless old blues singer’ voice for this while playing some cracking Delta style acoustic.

This Gentle Earth is an acoustic driven foot tapper. There is some beautiful subtle slide work and a brilliant instrumental break.

In the lyrics of Cruizin’ Hamakua Jeff wonders if he’ll still be ‘cruizin’ in 29 years time. Why 29 years you might ask – well, it was written when he was 71! A rollicking bar room blues with a touch of humour.

Together We Sail is sort of a catchy pop song but is more than just that. It really got stuck in my head from the first hearing. ‘Together let’s sail the infinite sea of immortality.’

Some of the songs have greater meaning to Jeff than others. One that is particularly important to him is The Space Between Us – ‘When the space between us all becomes a bridge’. It took me a few listens to get into this song as the vocals slip and slide over the backing which I found disconcerting at first. There’s a short instrumental break in this that reminded me of one of the tracks on Zappa’s Hot Rats.

Okay, here we are at track 12, On The Thread. Hold tight we’re in for a wild ride. A showcase for Jeff’s staggering skill as a slide guitarist. This is the real avantgarde piece on the album with multi-tracked slide guitar shrieking and sparking and ricocheting off each other in this maelstrom of firework sound that ends far too soon.

Coming down from the previous track we can experience the calm of Aloha. This is another track with an Hawaiian theme. To me it also has a feel of an old dance band number (no bad thing) or it could even be a song from the never made Hope, Crosby and Lamarr film ‘Road To Maui’.

Another important song for Jeff is The Liberation Song – ‘Let each heart realize this really is not our home So let enter, his kingdom’. This is one of the more overtly religious/spiritual songs on the album. There’s a fine instrumental break in this one too.

An acoustic song with some more of Jeff’s soprano sax playing accompanied by some subtle slide work is The Breeze Of Oblivion. It begins with a sort of hymn-like chant before resolving into Jeff singing with a pinched/strained voice and then his natural voice.

Track 16 and it’s time for another dash of humour with Heavy. This is a companion piece to ‘Elvirus’ as it is another Delta blues driven song with Jeff using that old blues singer voice again but this time the words are pretty much indecipherable – but luckily the lyrics are included with the album. The track is also disguised to sound like an old scratchy 78. Guaranteed to make you smile!

On Season Of The Awakening Jeff uses a different vocal, sounding like a portentous Old Testament prophet. This is the one song on the album that I have struggled to get into.

Mother Earth Needs Healing is a very pertinent for us today. It’s a very catchy song, with a ‘George Harrison’ feel to it but, wow, that’s a sudden end!

Together is another simple, gentle ballad.

Hear The Word is a very slight song lyrically but its simplicity is its strength. Beautifully understated. It has a MU sound to it and there’s a superb extended slide guitar section.

It Would Take An Angel is an acoustic plea for peace. A sweet song.

Which brings us to the final cut on the album, Clean In Nature’s Stream, which is another more overtly religious/spiritual song. I felt the lyrics didn’t flow as well as previous songs but the message is still crystal clear, and, you get to hear some of Jeff’s bass clarinet playing plus there’s a great guitar solo break. 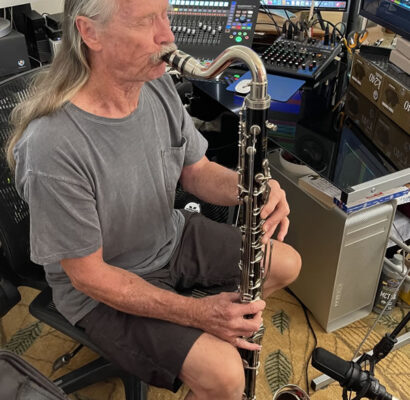 So, there you have a fascinating melange of songs in differing styles which may take some people a while to get into. If you were a MU fan then I’m sure you’ll enjoy The Fantasy of Reality. Beefheart fans will find that Jeff is more interested in harmony than discord so don’t expect to hear anything resembling ‘Pena’!

A simple clear production lets the songs breathe and speak for themselves.

The Fantasy of Reality is a strong album played with consummate skill. I’m a sucker for Jeff’s slide guitar playing and there’s plenty of it on here to enjoy. It’s an uplifting album. The overall feel is of love (for each other and Mother Earth), spirituality, hope and positivity. We all need a bit of that in our lives at the present time.

Thank you, Jeff, for returning to the world of music for us.

A short promo for the album with some words from Jeff – https://youtu.be/iHp_0nG5fDg

There are a number of ways of buying the album – https://jeffcotton.lnk.to/fantasyofreality