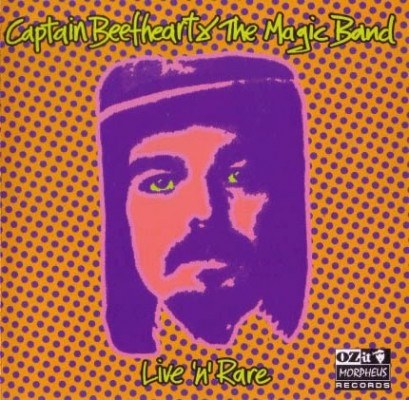 Hand-numbered 2CD box set housed in a special card slipcase with a limited edition set of six previously unpublished photos of the Captain live on stage in London, 1980, with a special Beefheart stamp printed on the back of the cards. Plus an eight-page beautiful colour booklet and double-sided colour inlay, all with great Beefheart images.

Dedicated to the late John Peel who was instrumental in exposing Captain Beefheart to a wider audience.

The pre-release publicity promised 14 previously unreleased tracks from a recently discovered live show. We actually get 16 songs taken from the 1980 Manchester Apollo gig, but this particular show has been circulating amongst collectors for many years, so they’re stretching the truth a bit there. They also failed to add that the other 12 tracks on this release have been ‘borrowed’ from other CDs – namely London 1974 and Magnetic Hands. Do they have no shame!

Why couldn’t they have just released the complete Manchester show instead of chopping it about and adding tracks unnecessarily from other shows?

Overall the sound quality is of a better bootleg and is an improvement on some of the other Ozit releases. 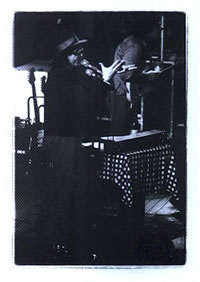 For some bizarre reason the tracks have been arranged in alphabetical order which has got to be the laziest piece of programming I’ve ever come across. Although they can’t even get that right – ‘Old Black Snake’ is filed under ‘B’, and the tracks listed on the cover as ‘My Human Gets Me Blues’, ‘Sheriff Of Hong Kong’ and ‘Suction Print’ [sic] are actually ‘Bat Chain Puller’ (with the beginning missing!), ‘Dropout Boogie’ and ‘ Kandy Korn’ respectively. There are also two tracks from Bickershaw stuck on the end for some reason.

As with all the other Beefheart releases from Ozit there has been the usual lack of attention to detail. Apart from the cock-ups noted above, they can’t even be bothered to list the venue name or the date of the shows included let alone the members of the different Magic Bands featured – which I suppose does mean they avoid getting even more stuff wrong.

The colourful booklet contains no notes whatsoever; of the eight pages two are adverts for other products.

The six postcards do show photographs of Don on stage in 1980 (but we’re not told where) with Jeff Moris Tepper behind him and these, as far as I know, haven’t appeared anywhere before.

Note: Just in case you’re interested the songs played at the 1980 Manchester show and not included here were:- ‘Abba Zaba’, ‘Best Batch Yet’, ‘Doctor Dark’, [all of] ‘Bat Chain Puller’, ‘My Human Gets Me Blues’, ‘Veteran’s Day Poppy’, ‘Sheriff Of Hong Kong’, and ‘Suction Prints’.