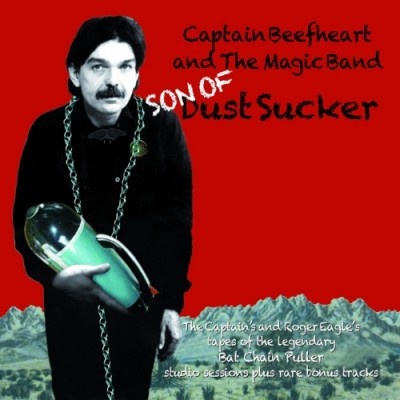 + nine mystery live tracks (on the CD version only)

New Updated version of the “Dustsucker” album which will be deleted after the current pressing has sold through. Captain Beefheart’s original tapes of the Bat Chain Puller album sent to his friend Roger Eagle in the UK to make sure they got released in the UK as in the USA the tapes were tied up in a dispute between Frank Zappa and his manager Herb Cohen.

Note: the above blurb is followed by a confused BBC review by Chris Jones

You would have thought that now the Zappa Family Trust have finally released this amazing album that Ozit would have the good grace to withdraw from the field. But, no, they have come up with another piece of marketing bollocks to keep churning out their inferior product.

This latest release also includes nine ‘surprise’ live tracks which are not listed … probably because they can’t be bothered to find out the details about them. Somehow I doubt it will be a nice surprise …

This is a pointless release … all I can say is avoid it at all costs.

And now they have the gall to release it as a Record Store Day (180g purple vinyl) limited edition and called this time “Son of Dust Sucker – The Roger Eagle Tapes”. In their infinite wisdom of all
things Beefheartian they have also decided to rearrange the tracklist. Unbelieveable! 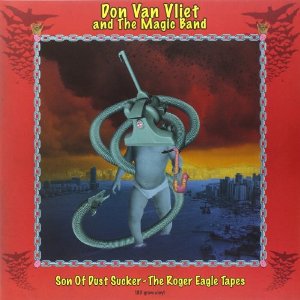 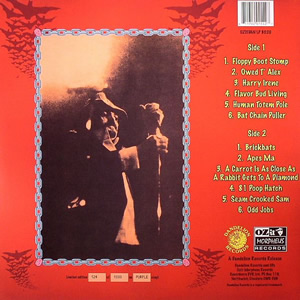 Back to the Original Bat Chain Puller index