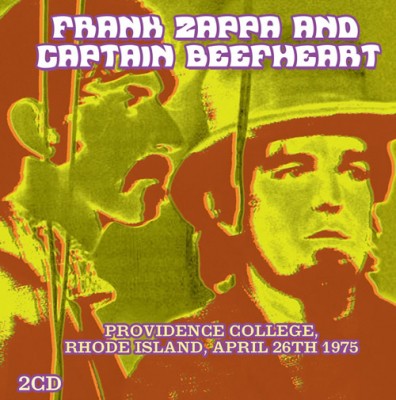 Childhood friends and fellow rock visionaries Frank Zappa and Captain Beefheart put aside their differences to tour the US together in the spring of 1975. The resulting shows found them both os superb form, as evidenced by this legendary set, preserved in superb fidelity and finally available on CD again, complete with background notes.

This concert has been circulating on the traders’ scene for many years. It is one of the concerts recorded by the legendary taper, Dan Kaminski, and the sound quality is not bad for a 1975 show.

Readily available to download it’s up to you whether you want to actually buy a copy. If you do you have a choice of a double CD or triple LP set.

The set list is a classic one from the Bongo Fury tour with Beefheart’s vocals on five of the tracks.

The packaging is slightly better than some bootlegs. The front cover has a colourised picture of Frank and Don from 1969 (also used on the discs) while the back cover has graduation photos of them both. I’m not sure where the ‘background notes’ are as the CD insert is just a 1975 interview with Don. There’s not even a list of the band members. For completeness sake, here they are:

The vinyl is packaged in a single large deluxe colour sleeve big enough to fit three-LPs in. Inside is a laminated insert of the 1975 Rolling Stone interview with Beefheart also included with the CD. 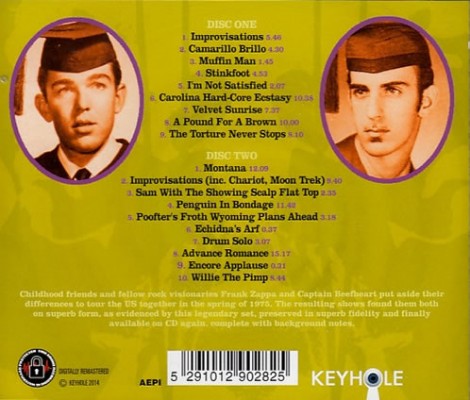