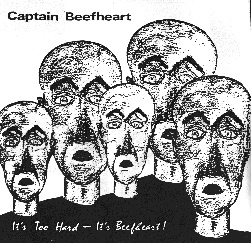 A single vinyl bootleg with an odd title that appeared sometime around 1982/83. Another beautifully designed and packaged release which must have been very limited as very few copies show up.

The sound is not as clean as the majority of other recordings that have been released on vinyl. Side one features a number of tracks which may come from a 1978 show but are more likely a 1980 concert. Side two, for some obscure reason, kicks off with Zappa’s ‘The Talking Asshole’ which, of course, doesn’t involve Don and then this is followed by the four familiar Avalon 1966 songs.