Mystery Man From The Magic Band by Herb Bermann

A look at the new book from Herb Bermann, Don’s co-writer on Safe As Milk.

It’s not that long ago that many people thought that Herb Bermann was just another myth created by Don Van Vliet. Although he shared writing credits on eight songs on the Safe As Milk album, and, much later, one on Shiny Beast, he seemed to have disappeared off the radar. But the Radar Station kept looking for him …

You can read about my and Derek Laskie’s search here. We were certain he was out there and Derek eventually managed to secure an exclusive interview with him for the Radar Station (read interview). Herb is proud of his work with Don, apart from being annoyed at not getting writing credits on some of the Strictly Personal songs, but he’s not bothered about shouting about it from the rooftops.

Some time in 2014 an interesting item turned on ebay. One of many items that have appeared for sale from Herb Cohen’s estate. (Herb Cohen was Frank Zappa and Don Van Vliet manager for a time … it’s their acrimonious falling out that delayed the release of Bat Chain Puller for over 35 years). This particular ebay item was a collection of original song lyrics from Safe As Milk. Unfortunately the Radar Station couldn’t afford to buy them and secure them for Beefheart fans. However Derek alerted Herb to the sale of his manuscript. It was clear to Derek that this was a copy of the document he had quoted from during their interview. In the exchange which followed he suggested that Brass Tacks publish a facsimile edition of the manuscript.

And thanks to Pable Capra at Brass Tacks Press here we have that facsimile plus other fascinating bits and pieces. 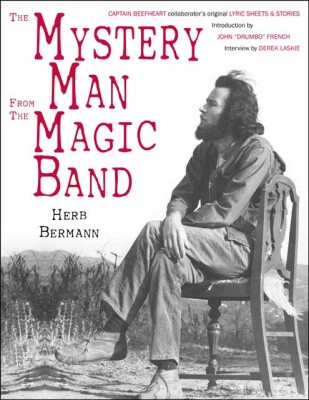 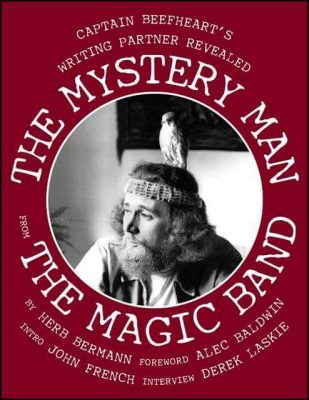 Herb Bermann was credited as co-writing eight of the songs on Captain Beefheart and His Magic Band’s debut album Safe As Milk (1967); it would have been a completely different record without him.
Yet Bermann kept silent about Captain Beefheart for almost 50 years—so silent that some people said that Captain Beefheart had invented him. Now Bermann shares his story!
Fans will be charmed by Bermann’s descriptions of how his songs came to be written. They may also be surprised to learn just which songs he says he wrote. Included is a facsimile reproduction of his original lyric sheets, with dozens more songs that were never produced.
Bermann’s story reveals previously unpublished information about the early work of Captain Beefheart and His Magic Band, Neil Young and Steven Spielberg. It also introduces us to an artist whose work and influence have been generally overlooked.

The centrepiece of the book is the facsimile of the 64 typewritten lyrics sheets of songs composed by Don Van Vliet with Herb Bermann, plus some only written by Bermann. This is great stuff! To finally see the actual lyrics Don would have used for the songs on Safe As Milk, and to find out what some of the more difficult to hear words are at long last.

What’s more there are a few surprises.

It seems Bermann was involved with four of the songs that appeared on Strictly Personal as Van Vliet only  credits. One of the extra items pictured in the book is a letter from Bob Krasnow informing Herb Bermann that he needs to get a letter signed from Don if he wants to get the writing credits changed.

More exciting are the lyrics for three of the songs that only exist as instrumentals on the Plain Brown Wrapper sessions – Flower Pot, Moody Liz and Dirty Blue Jean. Here’s a project begging for the Magic Band reunion to take on. Wouldn’t it be something if they could perform these three songs with lyrics! The Dirty Blue Jean lyrics are completely different to all the other later versions apart from one line – “don’t cha wish y’ nevah met dirty blue jean”. 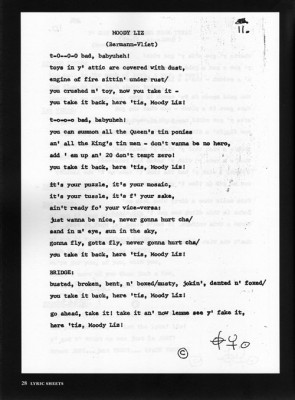 (Click on image to see larger version. Doesn’t that first line of Moody Liz remind you instantly of the opening of I’m Glad?)

And, what’s more there are a bunch of songs, Bermann / Van Vliet collaborations, that have never been recorded. John French lets slip that some of them were rehearsed and early versions may exists on tapes still held by Doug Moon. It’s doubtful that any of Moon’s tapes will see the light of day (although one can hope!) but it would be another interesting exercise for John to revisit these songs with the reunion band. Although that’s probably easier said then done!

There are two pages of ‘End Notes’ by Herb Bermann which offer a bit more detail about the songs and its origins. There’s some fascinating details here but I was hoping there would have been more than this relatively brief commentary which only touches on some of the songs.

All the songs are copyright 1966 which is the year Don And Herb met. It seems some of the songs/poems were already finished by the time of the meeting and it’s not clear what, or indeed, how much input Don had to the lyrics. Don was obviously very interested in Bermann’s work and, I’m sure, saw it as something he could build on and use to create his own style. Before they met Don’s use of words in his songs was fairly conventional. However, all that was to change and I think it was Bermann’s way of writing that kick-started the development in Don’s own songwriting. Bermann’s poems are lean and sparse with concentrated meaning, use of repetition, little or no punctuation and much use of the colloquial – ‘t’ instead of ‘the’, ‘mah’ instead of ‘my’, ‘cain’t’ instead of ‘can’t’, ‘nevah’ instead of ‘never’ etc. Don was to take this, develop it and take it to places nobody had been before. I’d like to speculate that Abba Zaba and Beatle Stones ‘n’ Smokin’ Stones were early examples of Don using the ‘Bermann method’.

Fans often wondered why Herb Bermann didn’t appear again after Safe As Milk. I think it’s fairly obvious now. Don took what he needed. Through Herb he managed to find a way to his own unique songwriting style and once he’d found that he didn’t need the poet anymore. But there’s no denying Herb Bermann seems to have been an important influence on Don.

John French has written a short introduction to the book and the content is rounded off with an edited version of Derek Laskie’s excellent 2003 interview with Herb that appeared here on the Radar Station. Illustrated throughout with a number of photographs from Herb’s career – none of Don or the Magic Band unfortunately – this is well designed, good looking large format paperback.

This first edition is limited to just 100 copies, all signed and numbered by Herb Bermann.

Currently only available from the publisher.

Definitely worth getting if you’re a fan.