By: Steve
In: Unofficial releases
Tagged: 1981
With: 0 Comments 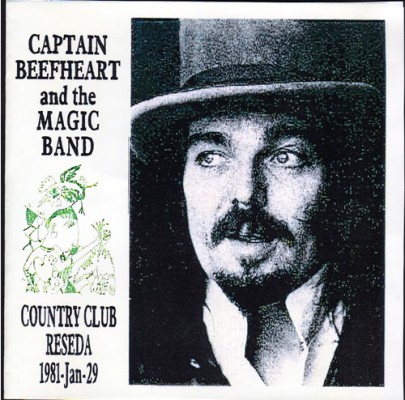 Autumn 1980 through January 1981 captain Beefheart and the Magic Band promoted their latest album, doc at the radar station, with a tour in Europe and the States. However, as don hadn’t performed live for well over a year and a half, it took a while before he found the right groove. After a terrible first week, the group came into shape (also because last-minute member Richard Snyder ‘fell in place’) and when the band returned to the USA in late november it was tight. One of the last concerts of what would turn out to be Beefheart’s last tour, took place on 29.01.81 in one of the many towns surrounding Los Angeles

A decent sounding two disc set of the Reseda Country Club set that had circulated for years as the Best Batch Yet vinyl bootleg.

Denny Walley, who had left the band a couple of years before, joined Don onstage for a version of China Pig.