In advance of the imminent UK tour a short interview with Denny Walley has appeared in the Liverpool Echo In includes the great news that a CD of unreleased Beefheart music is to be released in December … no real detail as to what the tracks are but at last ‘Hoboism’ gets a legal release! END_OF_DOCUMENT_TOKEN_TO_BE_REPLACED

There’s a few Beefheart items in the pipeline about to be released: An Ashtray Heart – this is a cd of indeterminate origin. It features a recording of the FM broadcast of the 17 January 1981 show in Vancouver. Additional tracks are from the ’71 Detroit Tubeworks video, 1980 Saturday Night Live and the 1975 Orange Claw Hammer with Zappa The expanded Safe as Milk gets yet another release … this time as a double vinyl from the Dutch label On Vinyl. Ozit have in their wisdom decided to release Merseytrout as a limited edition double vinyl. Still no sign of the original Bat Chain END_OF_DOCUMENT_TOKEN_TO_BE_REPLACED

Some great news just in from Sundazed Records (thanks to Andy Bean for passing it on): *LIVE RECORDING OF THE LEGENDARY AND INNOVATIVE MAGIC BAND’S 2005 REUNION! Famously forged in a cauldron of intense artistic pressure, the Magic Band emerged as a group unlike any other in popular music. Under the tenacious tutelage of Don Van Vliet, better known as Captain Beefheart, this strikingly innovative unit took their music to unexplored places, creating a musical language all their own. Throughout the band’s chaotic history with Beefheart, drummer John “Drumbo” French served as the chief translator, deciphering the Captain’s often cryptic instructions into a discernable direction END_OF_DOCUMENT_TOKEN_TO_BE_REPLACED 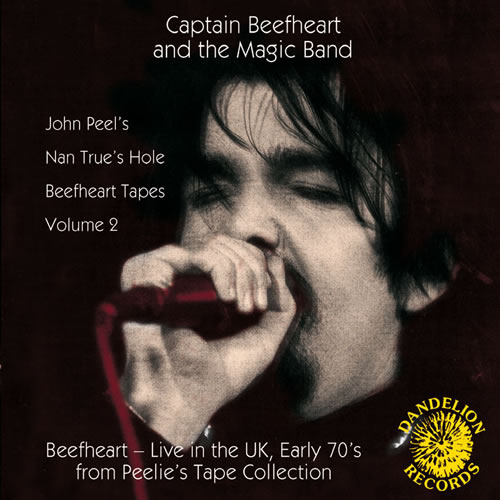 Here’s a few Beefheart bootlegs that have been sighted recently. Follow the links for the usual Radar Station overview: A Whirlpool of Korn and Meat – an incredible eight discs in two volumes of all manner of goodies – volume one – volume two Muffin Man Goes To College – a two disc set of a show from the Bongo Fury tour The Nan True’s Hole Tapes Volume 2 – the latest offering from the lads at Ozit END_OF_DOCUMENT_TOKEN_TO_BE_REPLACED 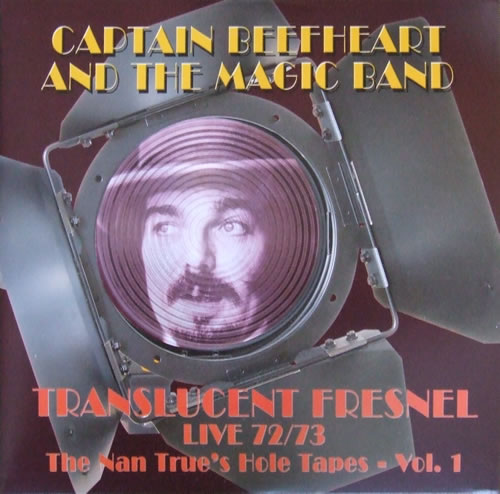 Here are some golden birdies, bits, bobs and doodads for your delectation: Moris Tepper has a new CD out called A Singer Called Shotgun Throat, a title suggested by Don apparently. Full details can be found on Moris’s website. For those manic collectors out there I’ve been trying to document all the Beefheart titles available as flexi discs. These are strange releases emanating from Russia and Poland. Check out what I’ve found so far on this Russian flexi discs page. If you’ve got others please let me know. YouTube continues to be a great source for hearing attempts at Beefheart covers. Here’s a selection of END_OF_DOCUMENT_TOKEN_TO_BE_REPLACED

For all you collectors out there here’s a nice box set based around Freddy Bannister’s book. Freddy promoted many of Beefheart’s early 70’s tours as well as organising the famous Knebworth festivals. Apart from the book there’s some great Beefheart photographs, facsimilies of festival programmes and flyers … plus extra special bonuses of some prime Beefheart concerts. Find out more END_OF_DOCUMENT_TOKEN_TO_BE_REPLACED 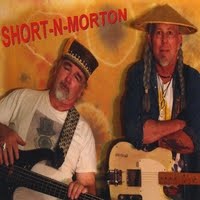 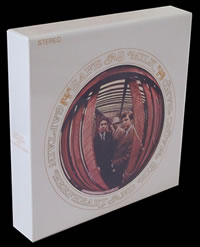 Two of Beefheart’s earliest albums have been given the Japanese mini LP treatment. You can now get exact copies of the original Safe As Milk and Mirror Man vinyl albums but as compact discs. These are exquisite … you even get a mini version of the SAM bumper sticker and MM comes complete with the gatefold die-cut shattered mirror effect cover. Although the packaging replicates the original album the tracks on them are the remastered versions with the extra songs that were released in 1999.- so the sound quality is excellent. In fact, SAM sounds even better than the 1999 copy I have. These are END_OF_DOCUMENT_TOKEN_TO_BE_REPLACED

John French’s new album City of Refuge has been gathering some very good reviews, as well as attracting the inevitable comparisons to Captain Beefheart albums. The Independent review commented, 12 new songs voiced by Drumbo himself in full Beefheart pastiche mode. How can it work? Reasonably well, as it goes, given the absence of the Cap himself. Guitars cut and thrust, time signatures jerk around and the songs stand up for themselves. Uncut magazine’s full page piece about Drumbo’s album included this, Does it add up to more than left-overs from a bygone era? If nothing else City of Refuge strikes a blow for musical END_OF_DOCUMENT_TOKEN_TO_BE_REPLACED 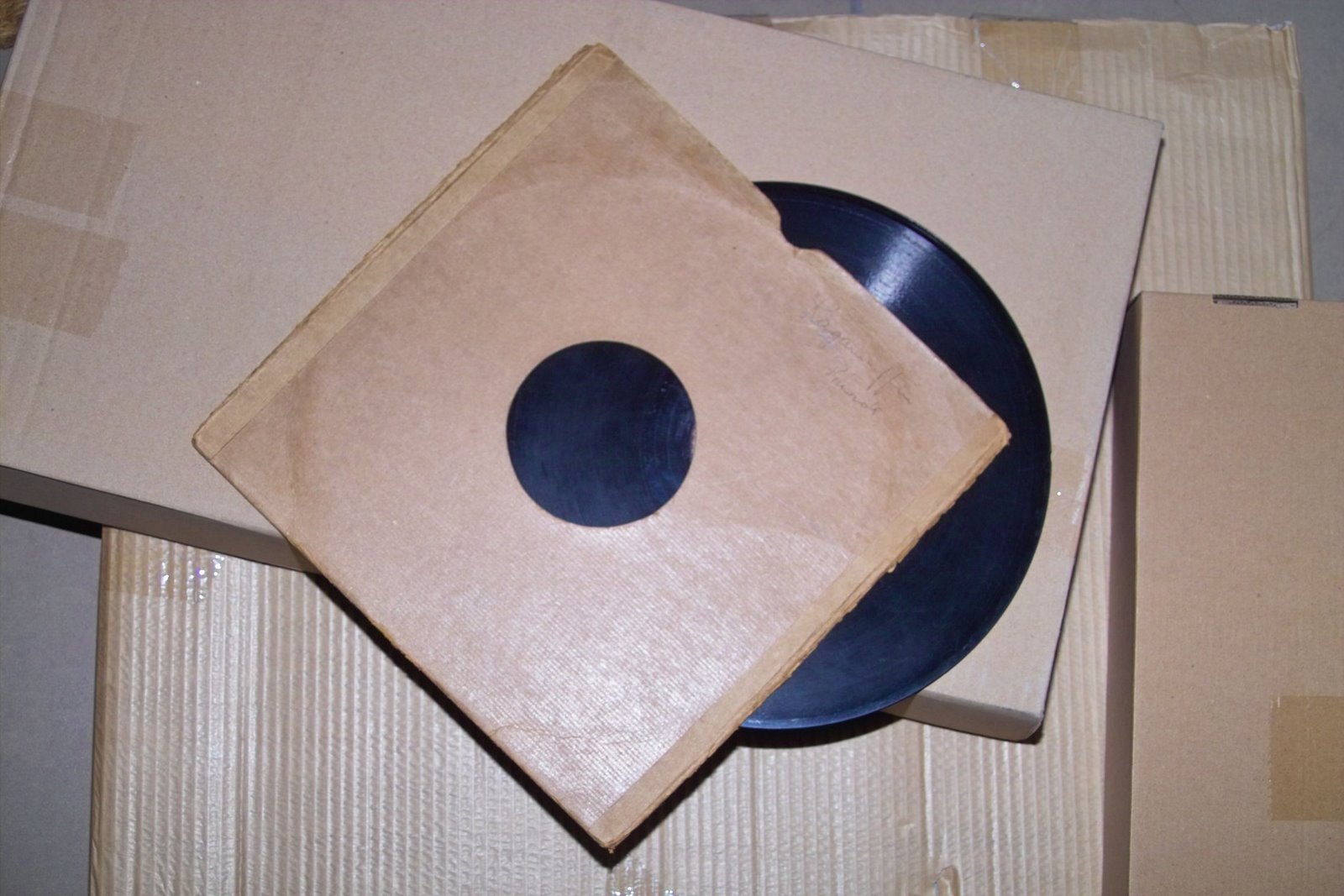 It Comes To You In A Plain Brown Wrapper was intended to be the name of the second Captain Beefheart album, a double album recorded late in 1967. This album never saw the light of day, which has given rise to not a little speculation and discussion among fans of Captain Beefheart. Tracks from the original sessions have been used on several re-release and compilation albums, but until now no record company has attempted to reconstruct It Comes To You In A Plain Brown Wrapper as an album in its own right. On July 22nd, Sundazed Records will do just that, when they release a END_OF_DOCUMENT_TOKEN_TO_BE_REPLACED

Rhino release a downloadable Beefheart sampler In a flurry of no publicity at all, Rhino Records have released their first scratchproof Captain Beefheart album. It is available only as a download. Rhino Hi-Five: Captain Beefheart & The Magic Band is a compilation of five tracks recorded between 1969 and 1978. It includes two live cuts and what Rhino describe as a remastered LP version of the song Bat Chain Puller. Bat Chain Puller was remastered to its sonic advantage for Virgin/EMI’s 2006 Captain Beefheart re-release CDs. The live tracks are from Rhino’s limited edition Beefheart CD, My Father’s Place. The other two tracks are taken END_OF_DOCUMENT_TOKEN_TO_BE_REPLACED 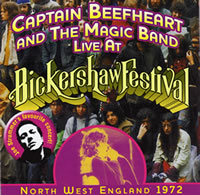 If you went to the 1972 Bickershaw festival you probably have great memories of it. There were some excellent bands playing and the Beefheart set was supposed to have been particularly inspiring. For years an audience recording of the performance has been circulating and despite it’s sound quality failings you can still hear that the band were on top form. This recording has now been released commercially by Ozit. What do we think of it … what do you think? Read the full review END_OF_DOCUMENT_TOKEN_TO_BE_REPLACED

A previously unheard two and a half hour audio tape of Don Van Vliet conducting a press conference to promote Ice Cream For Crow is about to be to released at Houseplant Picture Studios website. The tape was recorded by Kurt Benbenek in Los Angeles in 1982 for his college newspaper. About twenty other student newspaper representatives were present during the four hour meeting. Don did not like the fluorescent lighting in the room so Kurt remembers that most of the conference took place in the dark. Subjects discussed include pygmies, tumbleweeds, Ronald Reagan and lack of sleep. Kurt wrote to me: I was literally END_OF_DOCUMENT_TOKEN_TO_BE_REPLACED 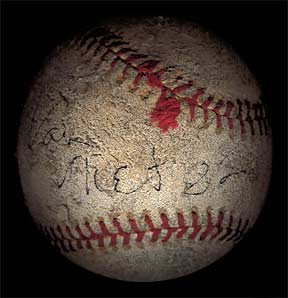 This photograph of a baseball signed by Don Van Vliet in 1982 at a press conference he held to promote Ice Cream For Crow replaces my previous post here. That post concerned the May release of audio from the press conference. The website owner who owns the tape of the press conference has been so overwhelmed by applications from visitors here that he has asked me to remove the name of his website and links to it. He wrote today – we checked our email this morning and we simply can’t handle that many potential downloads. Over-use penalties (with our host) would break us financially. END_OF_DOCUMENT_TOKEN_TO_BE_REPLACED 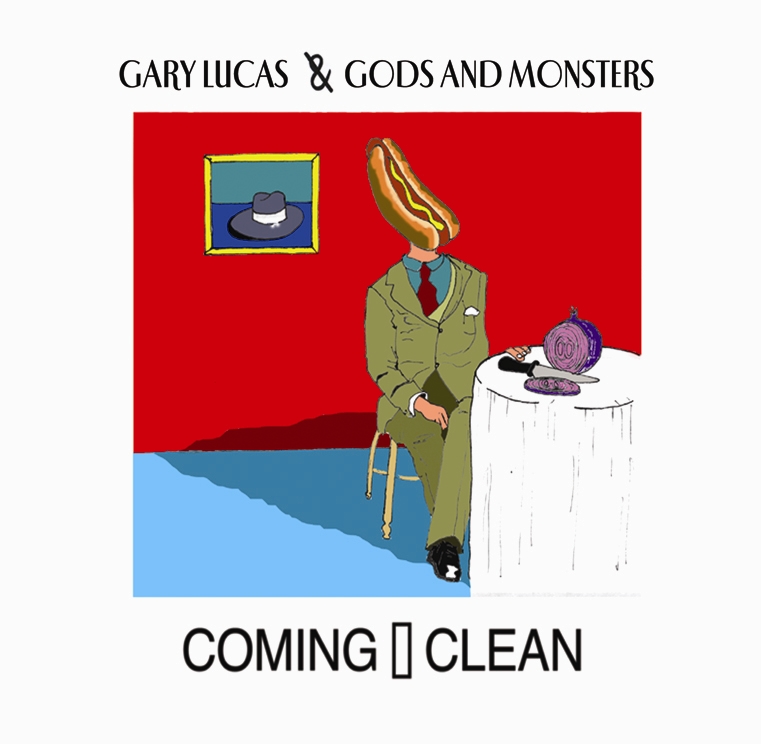 Coming Clean, a new album by Magic Band maestro and guitar-god Gary Lucas has been gathering hugely favourable reviews for Gary’s exemplary skills and for the killer line-up he has assembled for the current incarnation of his band Gods and Monsters. Among those appearing on the album, which was five years in the making, are Ernie Brooks (Modern Lovers) on bass, Billy Ficca (Television) and Jonathan Kane (Swans) on drums, Jason Candler (Hungry March Band) on alto sax and Joe Hendel on trombone, with special guest vocalists David Johansen (New York Dolls). Reviewing this album, Rolling Stone called Gary, “one of the best and most END_OF_DOCUMENT_TOKEN_TO_BE_REPLACED 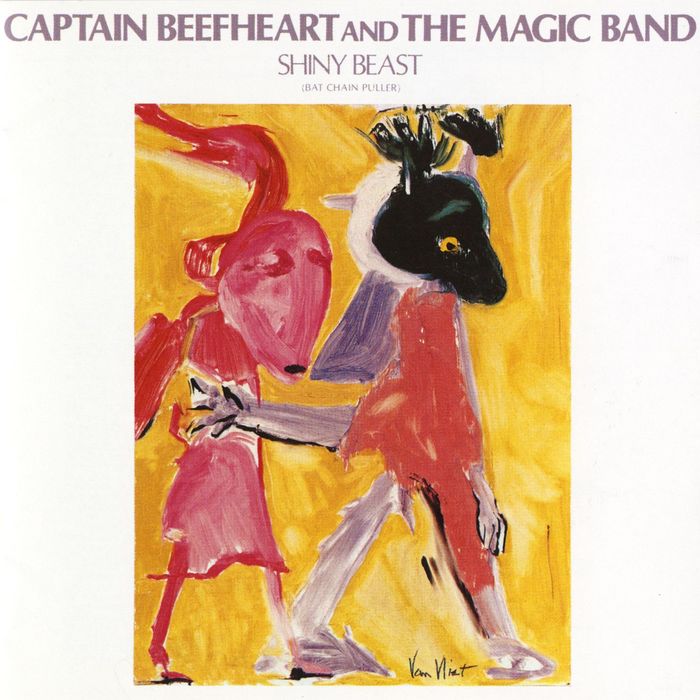 Our competition to win the 5 sets of EMI/Virgin’s remastered Captain Beefheart and the Magic Band CDs attracted hundreds of entries from around the planet. It’s heartening to find out that in over 20 US States, in Canada, New Zealand, Australia and South Africa, in the Middle East and right across Europe and Scandinavia there are so many men and women with enough interest in Captain Beefheart to take part. Everybody answered the question correctly so congratulations all round, and thanks for all the complimentary remarks about this website and the work which goes into it. The title of the Don Van Vliet painting which END_OF_DOCUMENT_TOKEN_TO_BE_REPLACED 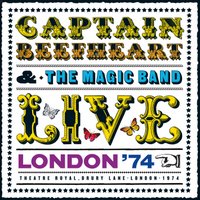 Virgin Records have kindly offered to send complete sets of their six newly remastered Captain Beefheart albums to five lucky visitors to this website. All you have to do is send us an email telling us the title of the Don Van Vliet painting which is reproduced on the front cover of ‘Shiny Beast (Bat Chain Puller)’. You’ll find plenty of information about Don Van Vliet’s art by clicking on the ‘art info’ link at the top of this page and following the links at the new page which opens. If we receive more than five correct answers we’ll put all the correct entries into END_OF_DOCUMENT_TOKEN_TO_BE_REPLACED

Virgin Records has found in its vaults a previously undocumented film of Captain Beefheart in concert. A digital copy of the film has been produced to help promote Virgin’s six forthcoming Captain Beefheart CD releases. It isn’t very often that previously unseen film of Captain Beefheart in concert is released, so I’m especially happy to be able to report this news here. The film is captioned as having been made in London, though to my knowledge there was no film crew present for the London concerts at that time. I tracked down one of the directors of the film to ask him about it. He END_OF_DOCUMENT_TOKEN_TO_BE_REPLACED