It Comes To You In A Plain Brown Wrapper – July release

By: Derek
In: Music, New releases
With: 14 Comments 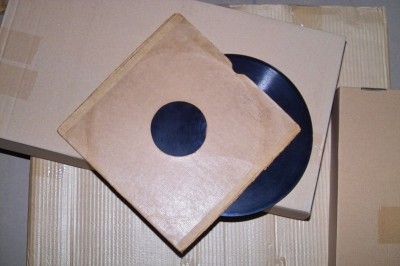 It Comes To You In A Plain Brown Wrapper was intended to be the name of the second Captain Beefheart album, a double album recorded late in 1967. This album never saw the light of day, which has given rise to not a little speculation and discussion among fans of Captain Beefheart.

Tracks from the original sessions have been used on several re-release and compilation albums, but until now no record company has attempted to reconstruct It Comes To You In A Plain Brown Wrapper as an album in its own right.

On July 22nd, Sundazed Records will do just that, when they release a Captain Beefheart double album called It Comes To You In A Plain Brown Wrapper featuring what they say is, “a wealth of unedited takes never before on vinyl”.

There are thirteen tracks, including two takes of Moody Liz of which one doesn’t seem to have been released before. John French has written the sleeve notes and Cal Schenkel has designed the cover (which is presently under wraps).

Sundazed Records has an enviable reputation for their catalogue of re-releases, but this seems to be the first time that they have ventured into the business of reconstructing an album which was never released. I’m sure that the finished product will be a talking point for some time to come.

A review of this release is now available on the Radar Station.