A Round up of Releases

By: Steve
In: Blog, New releases
With: 18 Comments

Catching up on three remastered CDs and a couple of vinyl boots.

The Japanese seem to follow their own odd agenda of releasing Beefheart albums. However, when they do it’s usually worth checking out, especially when they remaster anything. And that’s what we have here. 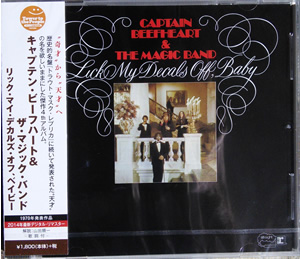 At the back of 2014 (yes, I know, but I’ve only just got hold of a copy) they released a remastered version of ‘Lick My Decals Off, Baby‘.

It’s packaged in a jewel case with booklet containing lyrics in English and Japanese. It has been remastered by Ryuichi Tanaka (Mixer’s Lab) at Warner Music Mastering. This is much better than the feeble remastering done on the recent ‘Sun Zoom Spark‘ version of ‘Decals’, the sound has much more presence and the bass has real punch.

I think this will be by version of choice for the time being.

Thanks to Joshua for telling about this one.

Doc At The Radar Station
Ice Cream For Crow

These two albums will be released on May 27, 2015 as mini-LP reissues. There appear to be three formats – basic SHM CD, platinum SHM CD and SHM-SACD.

According to the blurb they “feature the high fidelity SHM-SACD format and 2015 DSD master, using the UK original analog master. Features an obi faithfully replicating the one with the Japanese edition LP.”

The sound will no doubt be excellent but they’re not cheap – £25 to £40 depending on the format!

(UPDATE: see comments below for information about the quality of these releases)

Now for a couple of unofficial releases: 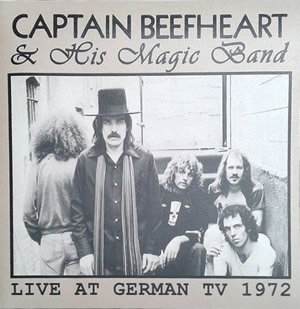 Bit of an oddity this one.

A 7″ vinyl with picture sleeve of two songs ‘Steal Softly Thru Snow’ and ‘Click Clack’ taken from the band’s appearance on the German TV show “Beat Club” in 1972. Apparently only 50 copies were cut so it’s definitely a rarity.

Not sure why this was issued as the tracks are readily available on the Lost Broadcasts DVD and double vinyl LP. Pity more thought wasn’t taken with the picture on the front which shows the 1975 touring band rather than the 1972 band that was on “Beat Club”.

And last … and definitely least … we have: 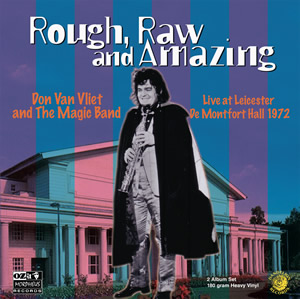