By: Steve
In: Blog, Multimedia, Videos and DVDs
With: 0 Comments

This isn’t a review of this recent release by Chrome Dreams this is a warning.

It’s not a new documentary about the relationship between Don and Frank it’s just a repackaging of the two previous titles “Under Review” and “From Straight to Bizarre” although there is nothing to tell you that on the new package or on the Chrome Dreams website.

So if you already have these two DVDs don’t bother wasting money on this release, the new packaging is the only thing new about it. The card box opens up to reveal copies of the earlier DVDs in their original packaging. It smacks of being a cynical attempt to shift copies clogging up a warehouse.

On the other hand if you don’t have  “Under Review” and “From Straight to Bizarre” (follow link for our review) then this is a good chance to get both of them at a reasonable cost. 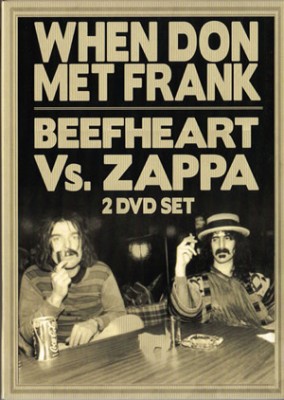