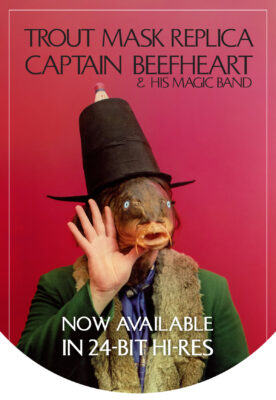 I suppose it had to happen eventually but it has taken a long while for Trout Mask Replica to become available via streaming platforms.

Zappa Records have finally made the legendary album available in HiRes 24 bits 96kHz Stereo via the Qobuz streaming service. It will be exclusively available on Qobuz for thirty days before other services get a look in.

According to Ahmet the delay in getting the album streamed was due to them being a small team and not getting around to Don’s album because they were so involved in the reissues of Frank’s music. This presumably also explains why they never bothered with a vinyl version of Bat Chain Puller!

Apparently Qobuz specialises in providing top quality streams accompanied by “longform essays, album reviews, and liner notes that can’t be found on any other streamer”. It is not clear if anything extra is included with the Trout Mask steam. If you download it, please let us know.

Go to the album on Qobuz

There is one strange accompaniment to this streaming of Trout Mask and that is the release of a special brew by the Duck Foot Brewing Co of San Diego. Only if you’re in the US can you get hold of Stout Mask Replica which is a limited edition (100 cases sold online only) 6.5% stout that the brewers

… hope lives up to the polyrhythmic and polytonal complexity of that album. To attempt that level of complexity, we incorporated a variety of specialty malts including roasted and caramelized varieties which will please and challenge your palate at the same time. The oats help balance it all out and provide a soft, silky finish. It’s all tied up nicely with a hint of hop bitterness complementing its underlying malty sweetness. 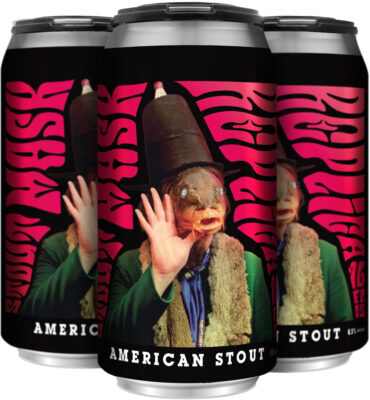