By: Steve
In: Magic Band people, Music, Tributes
With: 4 Comments 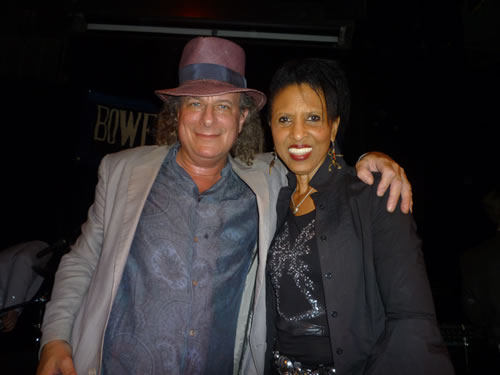 The World of Captain Beefheart is a special concert featuring Gary Lucas with the 60 piece Metropole Orchestra performing symphonic Beefheart.

Special guest vocalist for the night is legendary Nona Hendryx (pictured below with Gary), who is also a big Beefheart fan.

This event has been put together by Co de Kloet (the Dutch radio presenter who did the last lengthy interview with Don on the phone in the early 90’s). It will be broadcast live on Co’s radio show on national Dutch radio, NTR. It is also being filmed for possible broadcast.