By: Steve
In: Videos and DVDs
Tagged: 1972, Beat Club, Radio Bremen
With: 0 Comments

In April 1972 the band were part of the way through their extensive European tour when on the 12th they stopped off at Germany’s Radio Bremen studios. 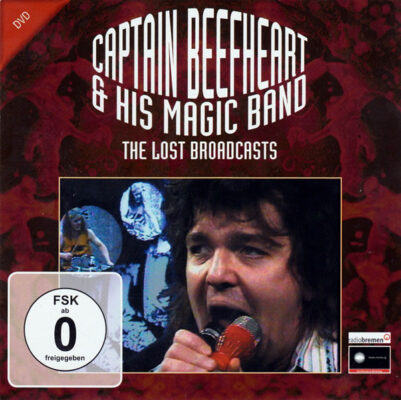 Most fans will be familiar with the cracking video of Don and the boys performing ‘I’m Gonna Booglarize You Baby’ broadcast on the German music show ‘Beat Club’ and many have wondered if they recorded anything else at this session. Well, yes they did and here’s the proof!

In excellent audio and video quality we get to see and hear Rockette Morton’s ‘Bass Solo’ and the full band on ‘Click Clack’, ‘Golden Birdies’, ‘Steal Softly Thru Snow’ as well as further takes of ‘Booglarize’ performing against a ‘blue screen’. Some of the footage seems to be pre-production and is only one camera angle so it is a bit unbalanced at times. You don’t get to see all the band at the right moments, Art Tripp seems to be the main focus for some reason and at one point you begin to wonder where Bill Harkleroad is. But despite this issue it’s great to see the band in performance and relaxing between takes.

This would appear to be a legitimate release sanctioned by Radio Bremen which would account for the high quality of the footage.