Now Make A Face Like A Cat When You Do It: review for The Dust Blows Forward by Graham Johnston 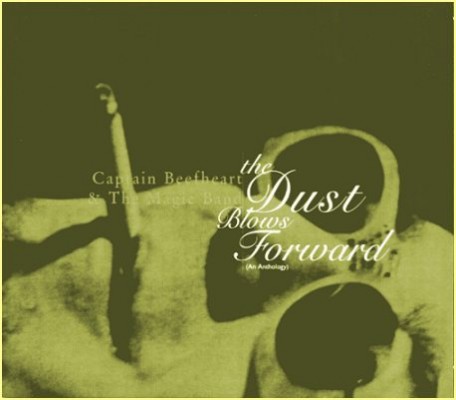 For the first time in the seventeen years since the musical career of Captain Beefheart drew to a close a comprehensive retrospective collection has been released honouring his work. I am not normally one to buy ‘greatest hits’ albums, but the conspicuous absence of a good Magic Band compilation probing his recorded history has been surprising. Plus the fact that Captain Beefheart never had so much as a whiff of a hit is bound to make this a more interesting collection, especially if you are new to his music.

It is a whopping collection as well – two CDs filled with 45 tunes – and contains at least one tune taken from all the Magic Band’s albums, with the sole exception of Mirror Man. I presume the long lumbering jams that populate Mirror Man are too uncommercial for any greatest hits album, even by Captain Beefheart. Other than this, nothing is overlooked and we have three hard to find gems as well.

The packaging is very impressive – striking and unusual photographs all over the place. It even has two covers, presumably because one just isn’t enough. Sadly someone has made a big boob on the outer cardboard sleeve – the complete misquoting of Don’s famous ‘hamburger’ comment. When we consider the otherwise meticulous care and attention that have been endowed on this set, I’m sure we can forgive them this one minor error, surprising as it may be. 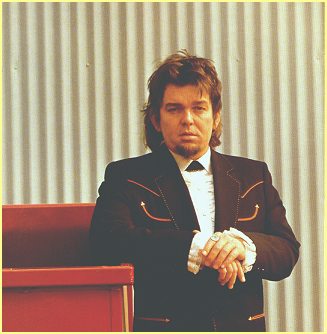 For those of us who already own all the albums, the packaging is a big selling point and the 60-page booklet is a major asset. Superb biographical sleeve notes are provided by Barry Alfonso who manages to produce something which would be an excellent introduction for the uninitiated, but is also a fine read for those of us who have already absorbed more commentaries about Beefheart than is good for anybody’s well-rounded well-being.

Alfonso packs his Magic Band history with entertaining and illuminating trivia, a lot of which was completely new to me. For example, did you know that ‘Orejon’, the nickname given to Roy Estrada by Beefheart, is Spanish slang for ‘big eared’?! This is the important stuff!

One of the most interesting aspects of Alfonso’s notes is that he frequently refers to the eminent role that Jan Van Vliet (his wife of nearly 30 years) has played in his life and music. Her positive influence is undeniable, with Art Tripp quoted as saying:

He was always eager to tell everybody how fascinated he was with his relationship with Jan. He’d say, “Yeah, I’m a big, bad, powerful guy but Jan can straighten me out.” Jan was kind of a life-saver for Don back then and I think she still is.

The extensive collection of photographs – some familiar, many not, but all excellent – is a real treasure. The booklet has the strangest front cover of any rock retrospective, but then the same can be said for the contents of the CDs.

We are offered a chronological journey from Diddy Wah Diddy through to Light Reflected Off The Oceands Of The Moon. Although this linear approach is probably the most sensible, it can make the Trout Mask / Decals years seems much more impenetrable to the newcomer than they need to be. Personally I’d like to mix it all up a bit more.

The track listing includes the majority of my favourites and includes just about every one of the tunes I’ve ever played to someone to give them a taste of Beefheart. Moonlight On Vermont, Hot Head, Owed T’Alex, Electricity, Ice Cream For Crow etc etc. I do wonder, however, whether the Bongo Fury selections really belong on here. I love this album, but somehow Zappa’s backing sounds even more out of place than the Bluejeans and Moonbeams tune (sadly not Observatory Crest but Party of Special Things To Do instead). 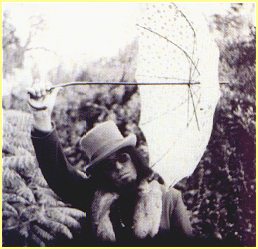 The three rare tracks on here are probably of the most interest to those already well-versed in Beefheart’s music. All have, at some point somewhere, been officially released, but have not been particularly easy to find until now. The earliest, the jaunty Little Scratch, was once available on some issues of Mirror Man though this is the first time the Clear Spot outtake has ever been widely available on a major release.

Hard Workin’ Man, from the film Blue Collar, although not by any means a typical Beefheart tune, is a long-overlooked classic. This is a standard, formulaic blues with Van Vliet’s splendid commodious woof splattered on top. This is a particularly noteworthy tune as its complete ‘non-Beefheart straightness’ perfectly demonstrates the man’s ability to pull off a more orthodox music, just in case there were any doubts. We could compare it with Picasso’s sketchbooks which perfectly flaunt his more traditional artistic ability to anyone who would contest his talents. Sadly the version of Hard Workin’ Man contained on this collection isn’t the more lewd version which appears in the film.

The last rare tune, also the last song on the collection, is Light Reflected Off The Oceands Of The Moon, an instrumental version of Hey Garland I Dig Your Tweed Coat with Don merrily choking his sax instead of singing. This was previously available on an EP of the same name and is a very welcome addition here. It’s glorious fun and is guaranteed to infuriate anyone not yet comfortable with Beefheart’s music – possibly Rhino’s way of saying ‘if you haven’t got it by now you never will’ to any tenderfoot listeners.

Rhino have done a fine job with this release – both packaging and contents are more or less faultless. In fact, my only real quibble is that my booklet, for some reason, has a fairly strong odour of shrimp imbued in it (not glass but crustaceous), though I doubt this will particularly hurt sales.

If you know anyone teetering on the brink of Beefheart fandom, point him or her in the direction of The Dust Blows Forward immediately. If you fancy owning the biggest tip-of-the-hat to Beefheart’s contribution to musical history yet, then this combined with Grow Fins are more than worthy testaments.

Oh, and why did I title this review “Now make a face like a cat when you do it”? If you can’t guess, you’ll have to read the notes to find out. 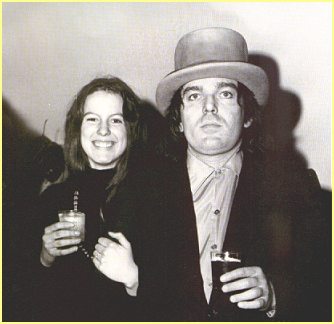