My Ears Stand Up When I Hear That Sound: Grow Fins review by Graham Johnston 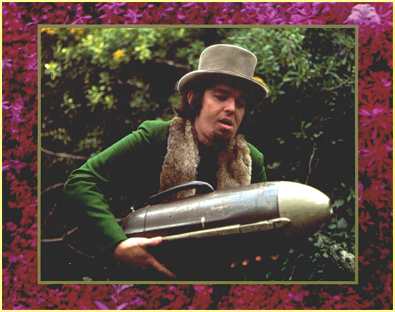 After spending over a quarter of a century sitting in cardboard boxes, being furtively traded between dedicated fans; at long last the secret history of Captain Beefheart and His Magic Band is now available on the record shop shelves, jostling for space with Ricky Martin. The Magic Band only produced 12 albums in its 15 year existence, and now suddenly we have an extra five CDs of hidden treats, complete with unseen photographs, a selection of live videos on an enhanced CD, and extensive revealing notes in a 112 page book.

The package itself is extraordinary. Designed as a miniature replica of an old 78 box set, complete with cardboard leaves to contain the discs, Revenant haven’t skimped on the presentation – this is probably the most pleasingly designed box set that I have seen, exhibiting a strong attention to detail. The hardback slipcase and the hardback book it contains are covered with out-takes from the ‘enchanted garden’ Trout Mask Replica photo-shoot. These will be many people’s favourite photographs of the Captain and crew, showing the Magic Band at their most visually magic (along with the scariest picture of Jeff Cotton in known existence on the front cover).

Most exciting about Grow Fins (apart from the music, naturally) is the 112 page book fronting the whole package. David Fricke, John French and John Corbett provide the extensive sleeve-notes which will certainly take some time to absorb.

We all know the legendary and frankly self-aggrandising claims that Don has made about his role in the creation of the music. His claims that each note came from him, and was painstakingly taught to the musicians have understandably aroused some indignation in his former colleagues whose role in shaping the music has been too readily overlooked. The story is beginning to be retold, stressing the involvement and contribution that the Magic Band made to the realisation of Don’s undoubtedly superlative vision.

French’s notes are fascinating, and Revenant must be thrilled to have secured them for Grow Fins. We are guided through every stage of the Magic Band’s career with segments from French’s interviews with any Magic Band members willing to tell their story, interspersed with his own commentary. French comments in his introduction

‘After reading many interviews with Don, I thought it would be interesting to see something in print which gave the band member’s perspective. The segments included are distilled from 300+ pages of transcriptions from interviews I conducted with band members, from the beginning (all the members of the original working band) through to the last album.’

We have never glimpsed the goings-on in such a candid manner before. While Lunar Notes told Harkleroad’s story, French’s notes tell the Magic Band’s story from beginning to end. One voice, as expected, is conspicuously missing – the Captain reportedly has nothing more to say about his music. Not surprising, considering that he comes up for some heavy criticism for the abuse that his band regularly had to endure. Don’t take this to mean that French’s notes are some kind of character assassination. Despite all the difficulties and deception, French appears surprisingly respectful of his old colleague, and administers credit very fairly.

‘My aim is to make a clearer picture and a more “human” understanding of the plight of CB&HMB members specifically and, more generally, what a profound mess the music business can be for anyone who dares to be a bit different. It’s a miracle anything got done!’

A miracle indeed. The horror of the situation, particularly during the recording of Trout Mask Replica, is terrible to the point of hilarity:

‘We rarely left the house, and up until a month or two before recording, we were not eating very well. During this time, Jeff, Mark and I all tried to escape. Jeff ran out the door one night with me chasing him down the street and wanting to go with him. Mark had his clothes hidden in a field across the street once, trying to escape after dark.’

Beautifully written and accompanied by a stack of uncommon or unseen photographs, I know that I’ll return to French’s illuminating and entertaining notes again and again and eagerly await the publication of his full length book about the Magic Band.

The notes are only the beginning of Grow Fins – don’t forget about the four hours plus of music and videos. The music is very neatly divided up into three distinct phases – pre-Trout Mask, Trout Mask, and (guessed it yet?) post-Trout Mask.

The pre-Trout Mask material is exceptional, and is a good choice to play to any doubting friends that you may have, to prove that the Magic Band were capable of dealing with such everyday contrivances as melody (mostly) and a shit-kicking beat. Every tune from this period is essential for any Beefheart fan, with the possible exception of the way-too-fast demo version of Yellow Brick Road. The real standouts are the four Frank Freeman’s Dancing School tunes, recorded in Kidderminster in 1968. Were I ever to start lying and claim to have attended a Magic Band concert, I would surely make it this one (belief only slightly beggared by the fact that my parents had only just met at this time).

Sound quality for these first two CDs is mostly superb, though I’m sure the version of the dreamy, slowed down Call On Me that I sent in to Revenant sounded better than the one included. No matter, this is electrifying stuff. 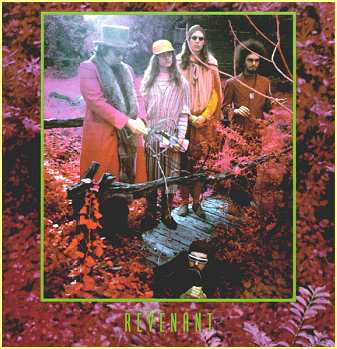 The next CD-and-a-bit covers the period which John French referred to as ‘the most intense and possibly miserable period of our lives’. The Trout Mask House Sessions are the original sessions recorded at the Magic Band’s Woodland Hills house, with producer Frank Zappa intending to overdub Don’s vocals later in the studio. The sessions were scrapped when Don complained to Frank, saying of the band, ‘They’re trapped! They can’t transcend their environment!’. Zappa coughed up for studio time for the album to be re-recorded, and so we now have these glorious backing tracks to explore, revealing more than you may expect about the complexities of this unique music. This band don’t appear to be musically trapped in anything apart from a driven desire to give birth to the world’s most confoundingly beautiful musical mutant.

The Trout Mask House Sessions contain much noodling, chit-chat, silence, saxophone squawkings, dogs barking, hedge rustlings, black ants running, etc, and numerous complete instrumental run-throughs of your favourite moments from one of the greatest albums ever wrenched forth from the ether and chiselled into vinyl.

This band really sweated for their art, and now we have a chance to hear just how smart every individual component actually is. While Don’s vocals complete the picture, we are now able to fully focus on the music in these instrumental versions, following guitar parts that had never really been audible before and finding new symphonic storehouses at every turn.

The one tune featuring Don’s vocals is a cracking version of China Pig, preceded by a playful and brief version of Mississippi John Hurt’s’ Candy Man, also featuring Doug Moon on guitar. Furthemore we have a brief vocal run through of The Blimp, complete with accompaniment, during which a friendly, though confused and exasperated, next door neighbour pops round to see what’s going on. We are treated to the ensuing conversation which is priceless – one shining moment is when Don explains to his neighbour that Herb Alpert can’t play the trumpet and relies too much on overdubs, stating, ‘I swear to God that’s the truth. But I swear to God that God isn’t.’ In another segment, while gently complaining about the noise, she asks them, ‘Do you ever use earphones or would you blow your ears off?’ to which the Captain replies ‘Are you kidding? I wouldn’t dare.’ Nor would I.

One member of the Fire Party (Beefheart discussion list) likened listening to these sessions to watching a home video of Marilyn Monroe shaving her legs in the bathroom prior to filming Some Like It Hot. It’s a nice comparison, but doesn’t quite do the Magic Band’s efforts, nor the insight we gain, full justice. For instance, the brief segment where we hear Don singing a guitar part from Hobo Chang Ba to Bill Harkleroad is one of those very special moments, not unlike finally discovering that the Easter Bunny does, in fact, exist.

If you’ve ever thrilled to Trout Mask Replica then this will be the most exciting thing you’ve heard all year. If you’ve never heard it, then postpone your purchase of Grow Fins for the time being. I’m sure that in order to fully appreciate these house sessions, you’d want to know TMR inside out (by appreciate I mean ‘enjoy’ rather than any elitist bull like ‘be on a high enough level of musical awareness to fully comprehend’).

The final CD is a hotch-potch of live tunes, demos and radio sessions from the post-Trout Mask Magic Band, and is the closest Grow Fins gets to a disappointment (though still misses by miles) with a small helping of mildly interesting filler material among the many classics. Essential tunes include the Detroit Tubeworks performance of Big Joan, Woe Is Uh Me and Bellerin Plain from 1971, and shockingly good live versions of Click Clack and Grow Fins. The almighty crowning glory of this final CD, if not the whole set, is the very special rendition of Orange Claw Hammer from 1975 when Zappa and Beefheart occupied KWST radio and performed this live in the studio with Beefheart singing the familiar words in an entirely different and melodic manner, and Zappa backing him with some very straight strummed acoustic guitar. It works better than you could possibly imagine, invariably reducing grown men’s eyes to flow out water – salt water, actually.

Finally, there’s the enhanced CD which features about half an hour of Beefheart video sequences. Nicely pulled together with a simple interactive splash screen, the videos are superb. A small treasure chest of eight songs from four classic performances, this is a very welcome bonus. My favourite is probably the 1973 Paris performance of Click Clack in which the Magic Band are at their stage-scooting, bone-jerking best.

In case you hadn’t guessed by now, I’m really quite taken with Grow Fins. Bowled over, in fact. While I’m fully aware that this review may well lead you to believe that my ass has been bought and branded by Revenant, I really don’t care. Frankly, I’m thrilled and Marilyn can stick her leg-shavings.