By: Derek
In: In the press, Multimedia, Poetry and lyrics, Tenuous
With: 6 Comments

These poems by Don Van Vliet are from a Trout Mask Replica promo pack which was recently auctioned at eBay. I am uncertain whether there was originally a poem for John French as well, but as he was famously uncredited on the album this seems unlikely. Thanks to Gary L. for alerting me to these. 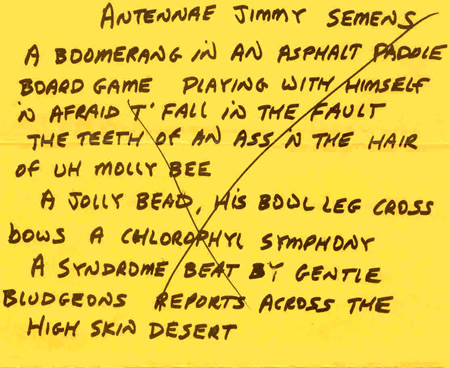 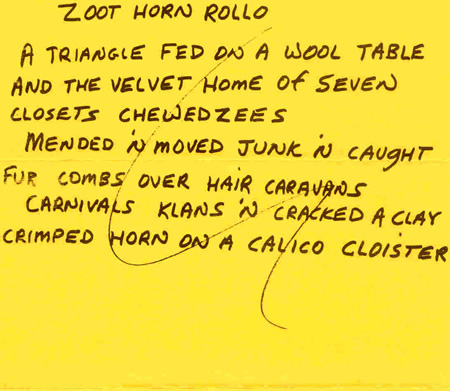 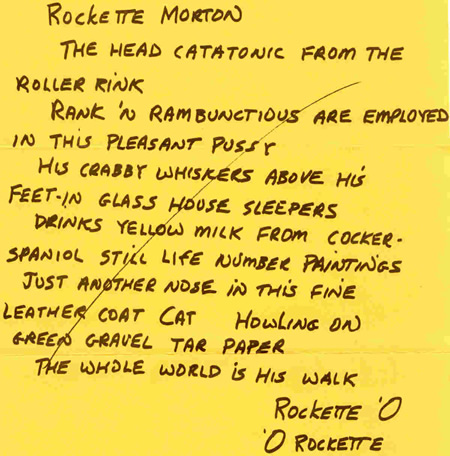 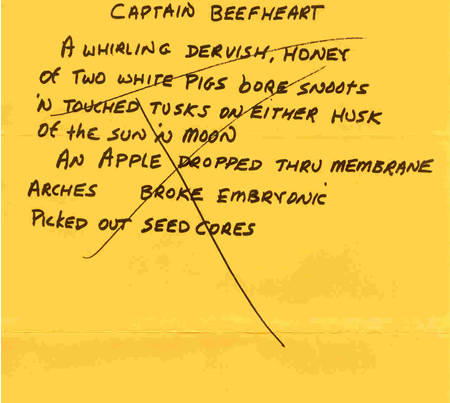 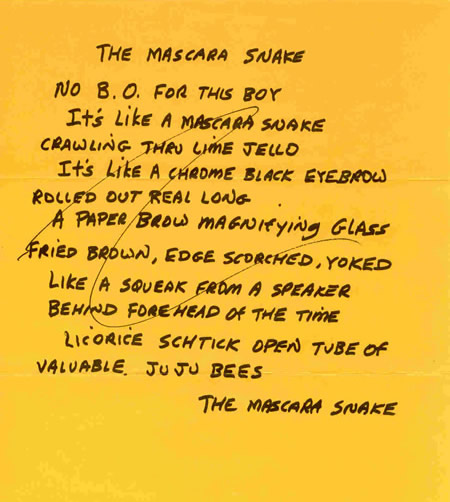 Uncut magazine for November 2007 has a five page article about, “the men who made Trout Mask Replica and survived. Just…”

John French, Bill Harkleroad, Mark Boston and Gary Marker were interviewed by David Cavanagh who paints a lurid picture of the making of the album. Brainwashing, control and manipulation are the major themes explored here. John French draws an analogy between Don Van Vliet and Charles Manson in which Don is by far the more powerful figure.

Small details are brought to light for the first time. It was news to me that mirrors were placed on Don’s piano so that he could see whether his musicians were paying attention to his playing. Details of the victimisation of Jeff Cotton are also revealed.

New photographs and an old Stingray

The Uncut article includes a photograph of Don which will be new to many of us. Unfortunately Uncut does not say anything at all about the image, so I will.

The picture shows Don Van Vliet at the wheel of his “orange pumpkin-coloured” 1972 Chevy Corvette Stingray. Caroline Boucher remembers that Don bought the car with the advance which he received from Virgin Records. “‘Very dangerous car,’ he’d rumble, appreciatively. ‘All the fuel tanks run under the seats.'”

The photograph of Don and his Stingray is one of several which Chuck Krall took at Arcata – Eureka Air Terminal, and these can be seen, along with many other shots of Don and The Magic Band, at Getty Images website. Caroline Boucher’s recollections of writing a song with Don in the vicinity of the Stingray are at the Observer website and Moris Tepper’s memories of the colour of the car can be found in Mojo from February 1998.

Another previously unseen photograph of Don, taken in the desert at Palmdale in 1983, can be found in Neal Preston’s photo essay Iconic Photos. 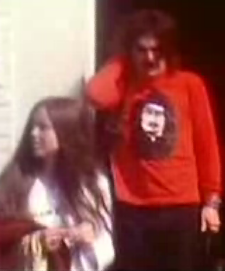 Footage of Don, Jan and The Tragics emerging from an airport arrivals hall, getting into their transport and arriving at their hotel prior to performing Mirror Man at Pinkpop in Holland in 1974 has turned up at YouTube. It starts at about 4 minutes into the clip. I suppose this has been taken from the DVD, ‘Pinkpop – Volume 1: The Vintage Years 1970 – 74’

In 1977, at San Francisco’s Palace of Fine Arts, there was a performance of Gimme Dat Harp Boy given by The Tubes.

The soundtrack of a new feature film Things We Lost In the Fire includes Captain Beefheart’s Clear Spot.

…and the kitchen sink

I’m pleased to note that The Idiot Bastard has at last come up with a sensible domain name. For all things Frank Zappa (and a few things Beefheart besides) click on his shiny new website at http://www.idiotbastard.com/

‘The Boy Who Cried Freebird: Rock & Roll Fables and Sonic Story Telling’, a recent book by Mitch Myers, is said to include some Beefheart related content. At any rate there is a chapter entitled Captain’s Orders, which may or may not be the “quick Captain Beefheart review disguised as the prelude to a marital spat” referred to in a review at City Paper.

I mentioned some time ago that Rockette Morton was back in the recording studio, working on a Roger “Hurricane” Wilson album. Blues Strom Records now plan to release the record in spring 2008.

Miles Massicotte intends to completely transcribe Trout Mask Replica, all instruments, in its entirety. It is his hope to make the transcriptions available at this website. He asks anyone with any tabs or licks to send them to him at beefhearttranscriber@yahoo.com

“Do you want to meet Captain Beefheart in Waitrose?”

I’d just received word of a completely unsubstantiated story that Don Van Vliet had been spotted at Safeway in Arcarta when I stumbled across some remarks made by Robert Plant. He was talking to The New Zealand Herald about meeting his heroes, or rather not meeting them even though they were present.

“…sometimes it’s fantastic just to stay a fan and not have your bubble burst. I mean, do you want to meet Captain Beefheart in Waitrose? Of course not.”