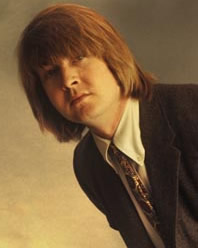 Already known as ‘Magic’, Gary hung out with Don Vliet when he was in Los Angeles in the early sixties. A bass player with jazz leanings (and he’s played with most of the well known names) he helped with Don’s musical education and played with the Magic Band on a number of occasions but was unwilling to kow tow to the large Beefheart ego on a regular basis.

Gary was involved in the early production work on Safe As Milk. He stood in for Jerry Handley on bass at live shows during 1964-67 and joined the Magic Band for a short spell in 1968-69 (‘Moonlight On Vermont’ and ‘Veterans Day Poppy’ from Trout Mask Replica are the only two surviving tracks which feature his bass playing – a third track, a reworking of ‘Kandy Korn’, has disappeared).

He was a member of the legendary Rising Sons along with Ry Cooder and Taj Mahal.

Three other bands of his, The Jazz Folk, The Jazz Trio (with Ed Cassidy and Martin Eagle) and The New World Jazz Company (which also included John Locke, Randy California and Ed Cassidy before moving on to to form Spirit), were never recorded.

He has played in numerous bands (and with many legendary performers) over the years, been a regular session musician as well working as an engineer/producer. Even after retiring from the music business he still maintained an active interest (especially in Beefheart-related matters), and had a fund of great stories about his adventures which he told with fine humour.

Gary died suddenly on 8 December 2015 after a massive stroke.

‘Border Town’ is an excellent collection of originals in various styles – blues, rock and jazz, and even a bit of gospel. Long overdue a CD release.