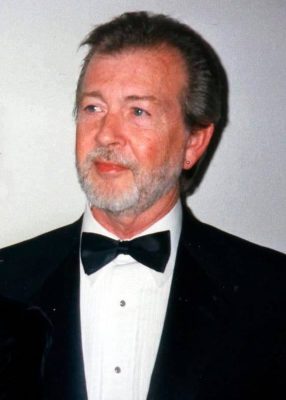 The late Gary Marker, a jazz and session bassist at the time, was a close associate of Don Van Vliet during the 1960s. He produced some demos for the band, as well as early versions of some of the Safe As Milk songs. He also played bass on Moonlight  on Vermont and Veteran’s Day Poppy on Trout Mask Replica.

Gary often graced the online forums devoted to chat about Beefheart where he responded to questions and comments freely and extravagantly in his own inimitable way.

Here are some of his posts concerning the Strictly Personal album.

In 2001 Gary was asked about the lines “Cheese in the corner with a mile-long beard; Bacon blue, bread dog-eared”

It’s from the actual song “Safe As Milk” and what it’s about is Don’s impressions of the way-beyond-pull-date contents of his refrigerator, where he went to look for something to eat whilst in the midst of one of his very first major acid trips. The phrase “safe as a baby’s milk” was one of the examples of propaganda used by early proponents of LSD-25, before it was made illegal here in the USA.

Inevitably Gary was asked about what he knew about Bob Krasnow’s production efforts on the Strictly Personal album. Here are two of his comments:

I heard various incarnations of “Strictly Personal” whence it was in the construction process, mainly because Krasnow was holed up in the back studio at Sunset Sound, mixing and remixing, and was in the front studio working on another project. So, before my work time in the studio, during breaks and afterwards, I’d hang out in the back studio booth with Krasnow, Gene Shively, Jim Messina and all the other engineers who worked on it. Also, Don dropped by frequently to hear how things were going and seemed very pleased with what he heard; at least he never voiced any objections.

Having heard almost all the material many, many times, from flat playbacks (no EQ., no FX, nuthin’) to phased and echoed versions way, way more serious and noisy than the final version, I can tell you that “Strictly Personal” without all the sonic gymnastics sounds like … well, “Strictly Personal”, but without phasing and reverb. (All you have to do is use your imagination.) And frankly, kind of monotonous and dull–in my opinion. I know people think Krasnow went overboard with the FX, but he really toned it down quite a bit for the final version. Originally, he had a lot more junk with backward guitars, vocals, sound effects, reversed cymbal splashes, crashes and so on — which he wisely eliminated in the final mixes.

The thing about Strictly Personal is, I’d already heard bits, parts, some entire songs and snippets of it in increments in the studio, because I’d be working on one project or another at Sunset Sound recording studios, and Krasnow would be toiling away in the back studio, mixing and dicking around with effects way into the wee hours of the morning. So when I’d wrap whatever I was doing, I go back and hang out with him for a while, maybe order out for a delivery of the limited foodstuffs available for late-nite back then. (And just to be clear: Bob Krasnow is an extremely gregarious, friendly man who loved to swap tales and music biz gossip. Or pass along tidbits of knowledge about recording techniques and so on. Now THERE’S a guy who ought to write an autobiography about his years in the recording industry.)

Don was very rarely present when Krasnow was mixing the album, but he’d show up now and then — usually with his Boswell in tow, John French — and I never heard him bitch or complain about how things were progressing, especially the phasing and reverb. And just a word about that: The phasing on Strictly Personal was done the old fashioned, way–not by plugging into some electronic black box, which didn’t exist back then — by recording a dupe of the original master, then synchronizing the two tapes for playback and mixing the two of them down to yet a third master tape/final mix. Because you couldn’t get two machines perfectly in synch, the two signals would be out of phase — thus producing all the weird swooping, hissing and so on in the background. Occasionally, the tapes would fall back in synch, so you had to have somebody on the second playback deck to just gently tap the feed reel from time to time, to throw the speed off again. I helped out a few times during the mix down of a couple tunes. And a curious factoid: I think the chief engineer on that album was Gene Shively (Y/N? I’d have to check the album sleeve for who got credit), but one the assistants was none other than Jim Messina, who was Gene’s roommate at the time and still working part-time at Sunset, even though I think he already had the first version of Poco up and running.

There may have been other engineers involved on that album, but Shively was more-or-less the local expert on phasing back then. Liner sleeves are often deceptive, because they don’t always reflect accurately who-did-what-and-when. During a complex mix-down on something like Strictly Personal, there are a lot of hands pushing buttons and sliding pots on the mixing board — and a lot of opinions and ideas bandied about how to execute a particular effect. The lines often become blurred between who’s acting as engineer and producer, because very often the ideas about how to do a particular thing are generated by the engineer and the producer goes along with it.

Another funny thing was, I wandered into the booth one night whilst a big thump-thump-thumping was coming through the playback monitors. Krasnow had a big shit-eating grin on his face. “I finally got the fucker’s heart on tape!” he yelled. Whose heart? I asked. “Don’s ticker,” he yelled. “I’m gonna cross-fade through one of his songs. Stick around.” I did. The song was “Ah Feel Like Ah-Cid”. This was back when Don was still having his imaginary heart attacks — which were really classic symptoms of panic disorder. During a break, Krasnow explained, “I told Don I wanted to get his heartbeat on tape, because I wanted to play it for a cardiologist friend of mine — so he could see if he could detect anything wrong. And Don went for it, so we strapped a mic to his chest. Got about ten minutes of his heart thumping.” I asked if he was jiving Don, about why he wanted his heart on tape. “No, I played it for my friend,” Krasnow said. “The cardiologist said Don’s heart is as sound as a dollar, nary a squeak or a skipped beat–nothing that would indicate further testing or an EKG”. So, when you listen to that song, or hear the heartbeats on Strictly Personal — that’s actually Van Vliet’s own organ pumping away in the foreground/background.

But, to answer your question, yes we listened to the entire album. I can say, however, that even though I had a pretty good playback system at home, it came nowhere near being consumed by, for example, “Kandy Korn” blasting away on huge, state-of-the-art (for then) Altec speakers in a recording studio context. But then, as the old saying was back then, “Everything sounds like a hit in the studio.” The proof of the pudding is how it sounds through a teensy-weensy AM radio car speaker (mono), competing with traffic noise.

We talked about the phasing, how good French’s drumming was–and just general chatter about the overall effect, which Don seemed to be quite pleased about. He also made a couple of sarcastic remarks about how Cooder had missed out being on this album–and I didn’t have the heart to tell him that playing on “Strictly Personal” would’ve most likely been a nightmare for Ryland; just not his kind of music at all.

In 2011 Gary did a lengthy interview with the Greek based music mag Timemazine. Here he talks about the time between Strictly Personal and Trout Mask Replica:

Timemazine: You kept in touch with Don all the time?

Gary Marker: Yeah. I’d run into him or he’d call or drop by. So, the whole thing with Zappa came up. “Frank Zappa is going to have me do an album on his label.” I thought – wow, Don and Frank, together again. He said, “Well, you’ve got to come along. I don’t have bass player.” I said, “Don, I’m not really right for this.” I was thinking about “Strictly Personal”. It had been out for a while at that point and Don’s whole thing was that Bob Krasnow was evil. He was an evil person who had ruined Don’s life. Now his friend Zappa was going to save him. It was doing this album and he needed a bass player. I asked. “What’s happened to Jerry [Handley]?” Well, Jerry wanted to sell cars or something. He said, “will you come along and help us out on some recording?” I said, “Yeah. I guess. Okay.”

Timemazine: And the original idea was to re-record “Strictly Personal”?

Gary Marker: They actually did record “Kandy Korn”. Somewhere, exists an alternate version of “Kandy Korn”, with or without vocals. He had the notion of re-recording Strictly Personal. I said, “Don, you cannot do that. It’s already been released and there are such things as rights to songs. Just because you wrote them doesn’t mean that you can do what you want with them. You assigned those rights to a publisher. The publisher will determine whether you can record them again. You have to get a license from your publisher – Bob Krasnow, whom you hate – in order to put out the songs you wrote. You think he’ll do that?” “Oh, man, it doesn’t make any difference.” He just didn’t get it. I told him we were wasting a lot of time rehearsing songs he’d already recorded and that we should try something else.

And finally, again from 2001, replying to a comment about Don’s music never being used on TV commercials Gary revealed this bizarre story:

Well, it almost happened back in the late ’60s. I’d almost forgotten until the above item tweaked my memory. Bob Krasnow told me he placed a Beefheart song from “Strictly Personal” in a never shown TV ad for some toilet cleaner — Sani-Flush, or something similar. In the 30-second spot, an elderly, black cleaning lady walks into a grungy public restroom (filmed in black and white), drags her mops and brushes into an absolutely hideously filthy toilet stall, opens a package of the product, dumps it into the toilet bowl–at which point a giant explosion happens, the image goes to full, brilliant color and a huge rainbow bursts out of the toilet bowl, scouring the toilet and entire room whistle-clean and illuminating everything like the sun. Flowers spring from sinks and cracks in the tile flooring. The cleaning lady, now laughing hysterically and wearing Day-Glo clothing, goes into a wild Watasi and exits the now spotless restroom, to the fading strains of I-forget-which Beefheart tune.

The ad wasn’t aired for a number of reasons: Firstly, you never depicted an entire toilet bowl back in the ’60s, just a profile or with the lid closed. Then there was the stereotypical racist element of a black cleaning lady. Next, the possibility of false or misleading advertising–because the product wasn’t designed to clean an entire room, just toilet bowls. And finally, network execs and TV station managers hated the raucous, chaotic music.

So, Beefheart has had more than one of his TV spots nixed for various reasons, even if he only contributed the music for one of them.