The front cover of Strictly Personal was, at the time, quite unusual although it didn’t really hint at the strangeness that lay within those vinyl grooves. However, if you opened up the gatefold sleeve you were confronted head-on with the weirdness that was Captain Beefheart and His Magic Band even if he did say himself that “I may be hungry but I sure ain’t weird”. This certainly wasn’t your usual band photo call, no cheesy smiles, no macho posturing and no dodgy hairdos.

Have you ever wondered who was who in that iconic photograph by Guy Webster?

Well, we can tell you. Thanks to Jerry Handley …

The story behind this photo shoot is that the band had been taken to the Western Costume rental in Hollywood where they rummaged around for some suitable attire.

The mask that Don is wearing has been identified as being used in the 1951 film directed by Edgar G. Ulmer, The Man from Planet X. 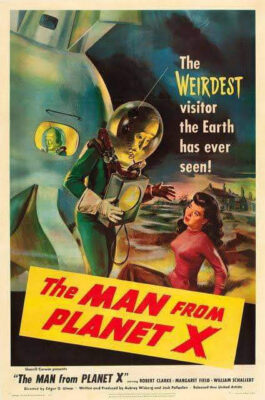 Here are some stills of the alien from that film: 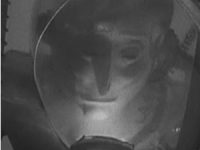 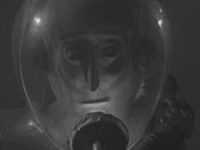 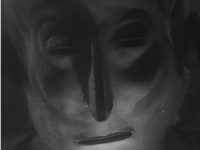 Jeff Cotton is wearing a helmet from an episode of the second series of The Outer Limits called ‘Soldier’ written by Harlan Ellison, first broadcast in September 1964: 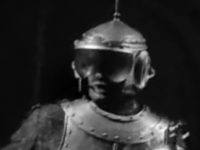 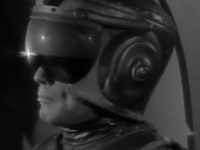 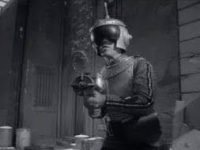 The helmet was later slightly modified in the 1980s and worn by Robin Williams in Mork & Mindy: 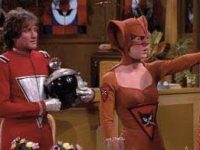 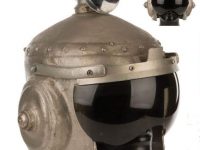 Jerry Handley’s bell-shaped headpiece is a strange one. If you’re quick enough you can just spot it in the film The Lone Wolf’s Spy Hunt from 1939. It appears in a section of the film (about 40 minutes in) that takes place at a surrealist party: 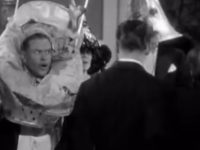 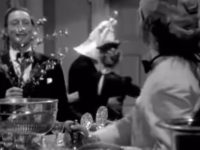 Alex St Claire’s outfit comes from the Vincent Price horror, The House of Wax from 1953: 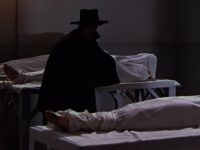 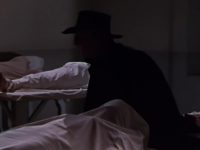 The source of John French’s helmet has taken the longest to identify but thanks to the sharp eyes of Will Herrara I am pleased to tell you that we now know that helmet came from the 1959 Three Stooges’ film Have Rocket Will Travel. 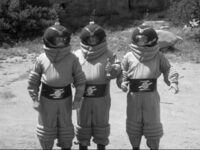 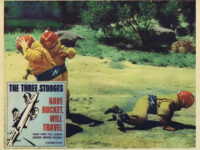 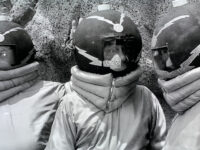 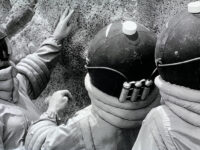 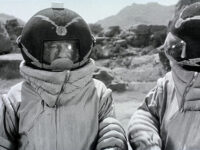 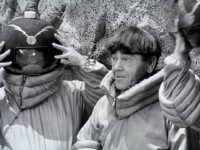 In one reissue of the album on Liberty a negative of the original photo was used:

Here are a couple more photographs from that session. 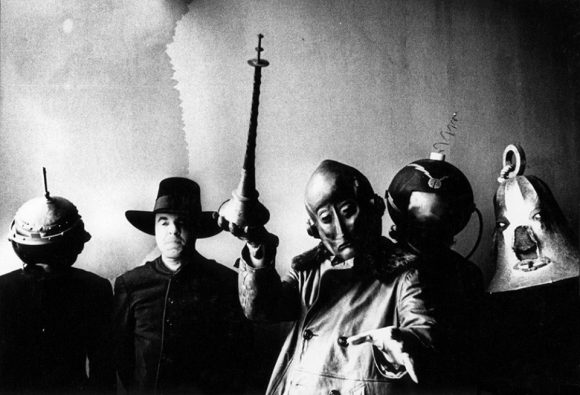 Don is holding his shehnai (sometimes it’s called a simran horn), a double reed instrument from the Indian sub-continent. It’s usually made of wood with a wood or metal flared bell. 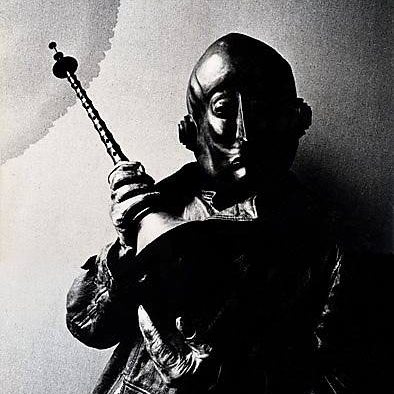 At the same session they were photographed as their alter-egos, the 25th Century Quakers although the concept didn’t really get followed through: