By: Steve
In: Blog, Tributes
Tagged: Freddie Wadling
With: 0 Comments 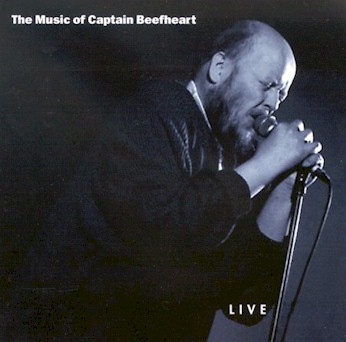 The Radar Station was sad to hear of the death on 2 June of Freddie Wadling. He was 64.

Freddie was better known in his native Sweden as a poet, musician and vocalist emerging from the punk scene of the late 1970s. He played bass with Leather Nun, one of his bands that gained a higher profile and a reputation beyond the Swedish borders.

For Beefheart fans Freddie came to notice as the vocalist of the Swedish Tribute Band with Morgan Agren, Jimmy Agren, Mats Oberg, Rolf Hedqvist and Denny Walley. They played  a couple of live shows in Sweden in 1995 to coincide with the showing of Don’s travelling art exhibition Stand Up To Be Discontinued. A CD of the band recorded in Stockholm at Club Fasching called The Music of Captain Beefheart Live was released in 1996.

Freddie had deep growl of a voice which fitted him well to sing Don’s songs. He would often cover other Beefheart songs at his sporadic live shows up until quite recently.

It seems he has not been well for some time. Here he is doing Dropout Boogie at a 2010 show – www.youtube.com/watch?v=ftpPIP2uw_c