By: Graham
In: Album covers
With: 2 Comments 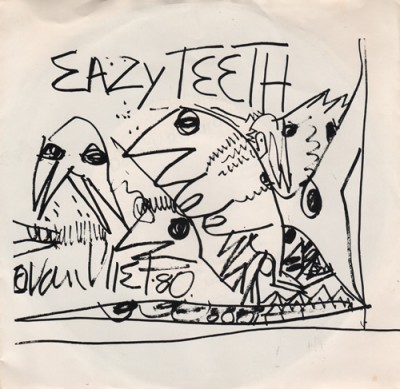 A one-off collaboration between Magic Band drummer Robert Williams and roadie Paul Young. The 7″ single was released in 1980 on Dental Records. The tracks being Car Noise and Her Blade are both synthesizer based.

‘Eazy Teeth’ was a nickname given to Paul Young by Don because he was always smiling. It’s not known if Don drew this specifically for the cover or whether it had been done at some earlier point and given to Paul.