The songs that inspired the man 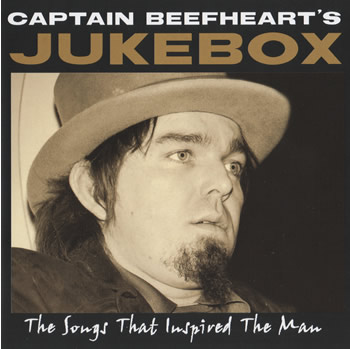 “This compilation brings together the records
it is known Captain Beefheart was listening to prior to making his
own music [often in the company of school chum Frank Zappa] and
throughout his musical career. Records that have been partly responsible,
in their own way, for establishing a recording style whereby experimentation
is de rigeur and following whatever came before is forbidden.”

Okay, this idea isn’t something new. A similar collection was released a few years ago by Ozit called Gimme Dat Harp Boy although their collection was more of an impressionistic soundscape of what Don might have heard in his younger days.

What Chrome Dreams have done is pull together the original tracks from many of the jazz and blues artists that influenced Don and the Magic Band and formed the basis of some of their live and recorded music.

However, it bears more than a passing resemblance to my Blues Roots of Captain Beefheart web article. In fact, I’d go so far as to say they have ripped off numerous chunks of my text … without any acknowledgement! The person credited with the compilation and notes is ‘author and music historian’ Derek Barker.

This plagarism has somewhat soured my view of what is a very good compilation. At least they have included a few things I haven’t listed. There’s a nicely produced glossy 16 page booklet that includes a short background piece on Beefheart and Zappa, some good photos and short comments about each track.

It’s available at a very cheap price in the UK so well worth picking up.