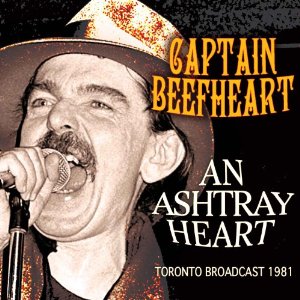 Leftfield Media specialise in releasing live shows broadcast on the radio or TV. They appear to be exploiting a loophole in EU copyright law which means that they do not need to get premission from the sound recording copyright owner to release the material (in the countries where it can be released). The loophole allows them to exploit pre-1992 radio broadcasts that emanate from non-signatories of the 1992 EU Copyright Convention. Lawyers of some artists already released by them – Bruce Springsteen, Jackson Browne and Richard Thompson – are not best pleased.

Despite saying ‘Toronto’ on the front cover this is the January show from Vancouver’s Commodore Ballroom that was broadcast on FM radio on 28 February 1981.

A good sound quality stereo show that’s been circulating amongst collectors for many years. I’m pretty sure the concert was edited before being broadcast, because at around 50 minutes it does seem a bit short for shows of that tour.

The band are in great form … as they were pretty much throughout this tour, as a number of other recordings testify. This particular show was two days after the legendary Don’s 40th birthday show in Seattle. Don stumbles over some lyrics, which was quite a regular occurance at the time … parts of ‘Abba Zaba’ cause him problems, but overall he’s spot on although his voice sounds rough at times.

Stand out tracks for me are a stonking ‘Hot Head’, and a wonderfully playful ‘Doctor Dark’.

The disc has been filled with an assortment of bonus tracks. Nothing of particular rarity here. All of them have appeared on various other bootleg releases over the years. The Saturday Night Live tracks sound a bit thin in comparison to the Vancouver show as do the Tubeworks tracks which are similarly lacking in sound quality.

It would have been a better option to have just included the Vancouver concert and not bothered with the filler. The sudden change from the last fading notes of ‘Big Eyed Beans’ to ‘Big Joan’ is too jarring and spoils the mood already set up.

Otherwise though not a bad release and pretty cheap to pick up too. 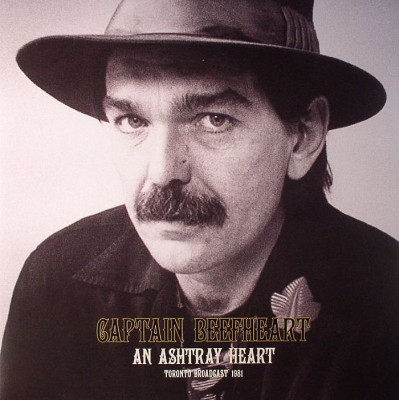 The double LP edition of “An Ashtray Heart” was released by Let Them Eat Vinyl in a fold out sleeve. This really looks great with b/w photographs and tasteful letterings – also it’s on grey vinyl with photo-labels on the one and info on the other side. Before its release one could read on some 2012-record-store-day-website that it is limited to 500 copies but neither the sleeve nor the website of the label mention anything about it.

So the good news is: The vinyl release looks brilliant (even if they repeat the “Toronto” blunder on the front cover). Also the Vancouver concert as such is absolutely mind boggling, of course… (and the sound quality of the LP is almost exactly the same as on most circulating good quality source tapes).

The content of the double LP is the same as on the CD – incl. the same “bonus” material (the liner notes say that “Orange Claw Hammer” is presented in an “ultra rare” version – as already pointed out in the comment regarding the CD-version it isn’t)

Now the bad news: This is the first vinyl release of the two tracks from SATURDAY NIGHT LIVE (for many these are among the best versions of those two songs) – and the guys at Let Them Eat Vinyl blew it. As we all know these recordings have survived in great sound quality – but here they sound like they’ve been taken from a fourth generation tape copy – it’s such a shame.

And there’s another annoying thing: The version of “Hot Head” on side one (nominally from the Vancouver gig) is the same as the version on side four. How could this have happened? They repeat the TV-show-version on side one and omit the real Vancouver-version of the song (which exists on the circulating recording).
In the end this double LP is a nice addition to any Beefheart-vinyl-collection – but with only a bit more care in the production it could have been much better. 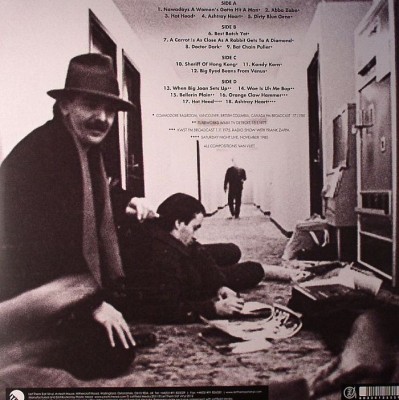