A Whirlpool of Korn and Meat: Volume 2 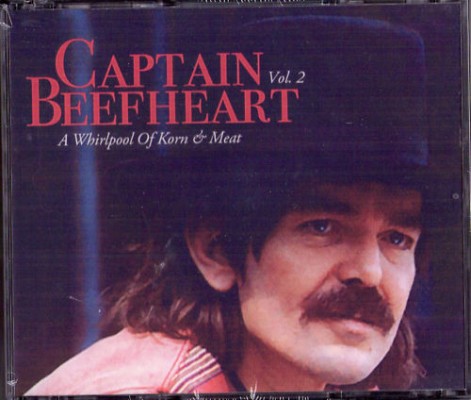 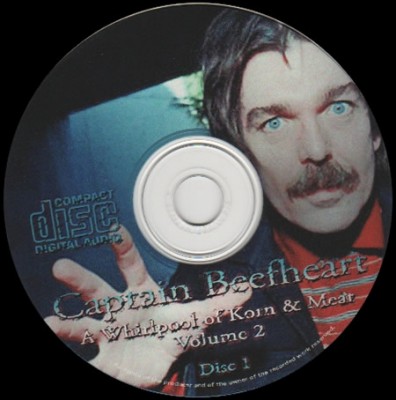 Volume two follows the pattern of volume one. It’s packaged in the same way but with different cover and label photos. The eight page booklet continues the history of the band up to Don’s death in 2010.

In a similar way to volume one this set compiles some Beefheart rarities that have either been available before or are generally available on the net if you know where to look. It’s all good stuff and certainly worth having in your collection if you don’t already have them.

The Decals backing tracks are just fabulous allowing you to hear the fantastic playing of the Magic Band before Don’s vocals or sax-skronking have been added. Ideal for those Beefheart karaoke nights!

Similarly the Shiny Beast basic tracks allow you to singalong with the best backing band on the planet. These tracks have recently been circulating along with twelve other alternate versions/outtakes from this session which sadly haven’t made their way onto here.

Disc three is the Captain Hook bootleg of the 1974 Cowtown show complete with its two extra tracks – one from the 1975 Bongo Fury tour and the other from a 1977 show. Well recorded show but it is the Tragic Band …

The final disc is a better live show taken from the excellent 1981 tour where the Magic Band were turning out note perfect versions every night. I believe this Euphoria show has been released as a limited bootleg called ‘Doctor Dark’ but I’ve not seen a copy and can’t confirm it. (Can you help?)

Both volumes of this Whirlpool release are well presented but they have the look and feel of a homemade job. The printing of the cover and booklet is obviously not done on high quality paper or printer. However it seems to be the work of a Beefheart fan .. or fans