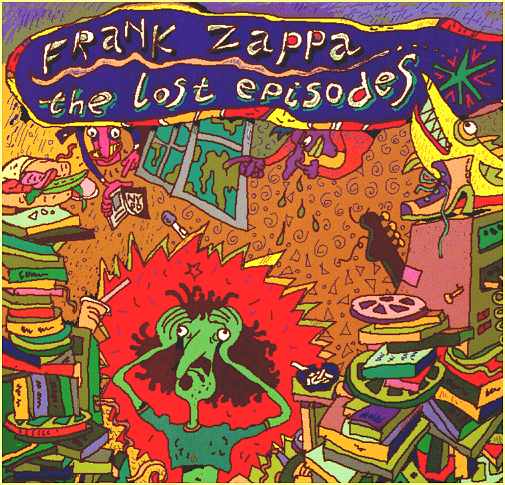 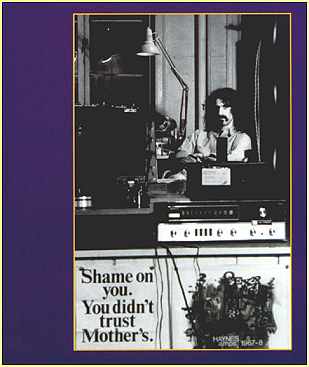 This is a mostly superb collection of previously unreleased Zappa gems, mostly from the earlier end of his career, beginning as early as 1958. Don Van Vliet is featured on five of the tunes, though many of the other 25 are more than worth hearing as well.

The CD comes with an excellent book of detailed notes by Rip Rense which fully cover dates, personnel and any other interesting tidbits of information or anecdotes which make a very entertaining read.

The Beefheart tunes are as follows:

Lost In A Whirlpool (1958 or 59) – Don sings a splendid blues parody in a falsetto voice, about being flushed down the toilet by a lover:

“There’s a big brown fish
looking at me
he ain’t got no eyes
how could that mother fucker possibly see?
ooh baby baby I’m afraid he’s gonna touch me.”

and a little later:

“Get the plunger right after me
I’ll let you know a little secret baby
I’m getting tired of all this pee.”

Puerile, possibly, but wait till you actually hear the whole song – it’s a killer.

Tiger Roach (1962 or 63) – The trademark Beefheart voice is now instantly recognisable, and his pig-squeals are certainly very impressive. According to the notes the vocals were recorded with Don in the hallway flicking through an X-Men comic while the backing track was gently wafting its way through the door. The backing track is a splendid fuzz-tone R’n’B number which complements Don’s guttural choking and squealing perfectly.

I’m A Band Leader (1968 – 69) – A foppish spoken word piece written by Frank Zappa, with Beefheart occasionally stumbling over the words.

The Grand Wazoo (1968 and 1992) – Originally a spoken word piece with the Synclavier music added 24 years later.

I’m not going to cover all the Zappa material here, though that isn’t in any way to suggest that it is less interesting than the Beefheart tunes. This is a stunning collection and includes aspects of everything that was great about Frank Zappa.