These cartoons were sent to me by Colin B. Morton and are used with kind permission. All except the first are taken from the Colin B. Morton & Chuck Death Book “Great Pop Things”. 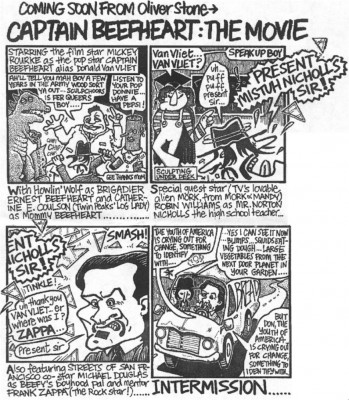 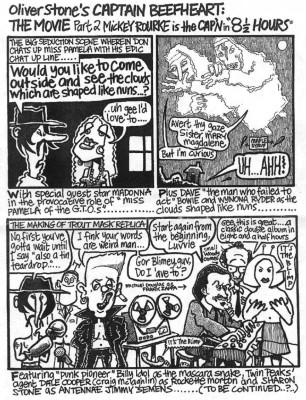 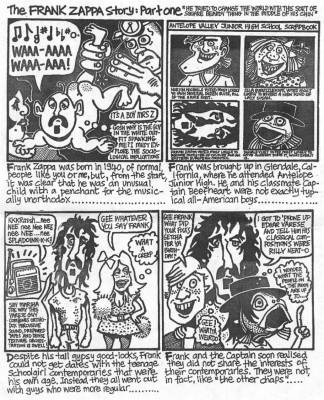 Note the appearance of a ‘Norton Nicholls’ in both the Zappa story and “Captain Beefheart: The Movie part 1”. Colin explained:

I attended Croesyceiliog School in Gwent (also Colin David Webb who wrote “Captain Beefheart – The Man & His Music” went to this school but a bit before me).

In about 1983-4 I was standing at a bus stop talking to some kids from that school, me being then in my 20s, and they started telling me about an exchange teacher they were being taught by called Norton Nicholls, who came from Antelope Valley High School, Lancaster, California. Of course I must’ve done a double-take like in the movies and I explained to them the significance of this.

Oh, if only we’d had the Internet or fanzines in them days – I could have interviewed him, if I could have brought myself to set foot in that damn awful school again!

Order a copy of Great Pop Things. Note: This book doesn’t contain the first cartoon above.

Many thanks to Colin for permission to feature the cartoons.